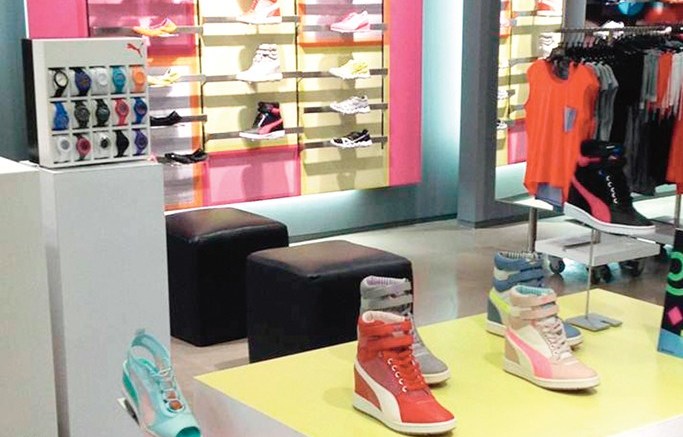 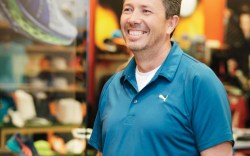 Puma is upping its retail game — and footwear is a major player.

Capitalizing on recent momentum, the athletic label is moving forward in the U.S. with refreshed branded doors and category-specific stores, including one test concept devoted to shoes. Additionally, integrating e-commerce will be a big focus.

The rules for the retail landscape are changing, said John Trott, SVP of retail for Puma North America, and that can be a positive.

“It’s opening up a world of opportunity for consumers to access brands and for brands to appropriately represent themselves,” he said. “In the next three years, you’ll see as much change as in the last 10 as brands search for ways to connect with the consumer.”

Branded retail began for Puma North America in 1999, when the company opened its first store on Santa Monica, Calif.’s Third Street Promenade, where it still has a location. However, the real story started in 2010, Trott said. That was when the firm began to recognize the value of the direct-to-consumer sales approach. “A strategy was developed around opening more stores: premium doors or flagships, branded locations and commercial doors,” he said. (Full-price stores fall into the branded category, while factory outlets live in the commercial category.)

The change brought results. “In the past three years, we’ve had high double-digit growth. And obviously that has had a significant impact on our top line,” Trott said.

Puma North America President and GM Jay Piccola agreed: “Even during some of our boom years, retail wasn’t contributing in the manner we wanted them to contribute. Now they’re contributing to the top and bottom line, which has been terrific.”

Puma operates 107 retail doors in North America, including full-price and outlet shops, as well as separate e-commerce sites for the U.S. and Canada.

In recent years, it has been engaged in a redesign effort across the portfolio, starting with the outlet locations in early 2011, followed by the full-price stores in 2012. While the branded store design was created by Puma’s global retail group, the team in Massachusetts oversaw the factory outlet revamp.

“Being that our brand is fairly broad, in a retail environment we needed to focus ourselves, which we’ve done with a renewed interest in the sport and women’s sport-fashion sides of the business,” he said. “Our lifestyle division is alive and well, but within the retail we had not represented the sport side of the business as well as we could have. That new focus has allowed us to bring the brand to life in stores, and it has helped drive growth.”

And the performance athletic category offers sales potential, noted Jahnia Sandford, an analyst with consulting firm Kantar Retail. “With the current demand in basketball and running, and with the high-top transitioning into women’s fashion, there is definitely an opportunity for retailers and brands,” she said.

Puma also is zeroing in on another hot product type in its arsenal: shoes.

In mid-May, it opened a footwear-focused test concept in Pennsylvania’s King of Prussia Mall, and after just three weeks, Trott said, the shop was already outperforming the mainline stores. The concept will expand in August to the Mall of America in Minneapolis and Dallas’ NorthPark Center.

In the back half of 2013, Puma plans to open five or six more unique test shops in major regional malls around the country, offering a highly focused product assortment — possibly around a specific sport — and incorporating e-commerce.

“That plays into Puma’s DNA,” said Trott. “That’s when we’re at our best, when we’re doing something that hasn’t been done before.”

He noted that Puma is looking at spaces with a smaller footprint, but believes it can make a big sales impact through “digital enhancements” that could tie the stores to the e-commerce site. “We survey our customers about where they shop [and] which channels. A surprising percentage said they are more than willing to shop multiple channels in one transaction. These are things that are driving our process for figuring out new store models.”

Andrew Rees, a managing director with L.E.K. Consulting, noted that omnichannel is becoming an increasingly crucial element in the consumer experience: “The relative size of the direct business versus the store base is becoming much more significant.”

Puma remains bullish about its core retail strategy. “The portfolio is [now] sized properly and we’re actually in the position to start putting our foot back on the gas in terms of opening stores,” said Piccola.

Trott said that in the coming year, Puma plans to both open and close or relocate full-price and outlet stores. “We were underpenetrated in certain markets,” he explained. “Now we are going after only the most influential cities.”

Among its targets are top-tier markets like New York, Los Angeles, Miami and Chicago, and cities with a large international tourist presence, including Toronto, San Francisco, Seattle and Vancouver.

“As this world has changed — and continues to change rapidly — it has forced us to take a hard look at our retail,” said Trott. “But any time you’re in the retail business, you’re always evolving your portfolio.”