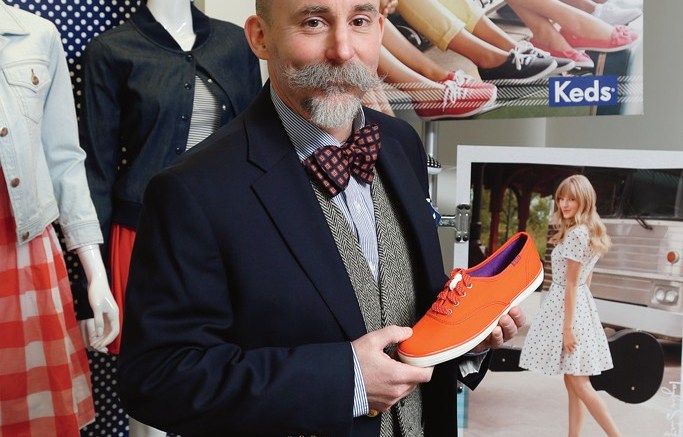 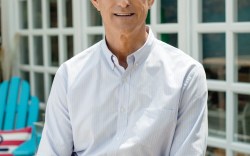 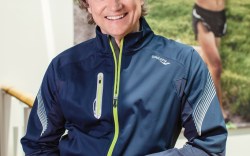 Settling in: “Wolverine lets the brands run pretty autonomously. We have some shared services, like the global operations group, so there have been some changes there.”

Most welcome change: “Mark Neal, [president of the Lifestyle Group at Wolverine], is a walk-around management type of guy. He’s always coming in the door with a big smile on his face, asking great questions. He’s a funny guy and that’s been a new, enjoyable part of the day-to-day.”

Biggest adjustment: “Keeping the autonomy, but with involvement from really sharp people poking and prodding.”

Best synergy: “We’ve always been a close-knit group between Craig, Richie and I. Now we have the great opportunity of having brand conferences at the same place, with 16 brands together. We share things like our consumer insights.”

What’s better now: “We’ve invested a heck of a lot of money in marketing with Taylor Swift. Wolverine was very much involved in the vetting of it and they’ve supported the strategy. We’ve been very happy with the results.”

Growth opportunities: “On the international distributor side, we’ve added Chile, North Africa, Indonesia, Australia and more in Europe. That has been the real eye-opener.”

Most memorable moment to date: “We’ve had meetings in Rockford, Mich., and Blake Krueger and his wife are gracious enough to have people over for dinner. That’s really refreshing and personal. It goes a long way, and you get to know them outside the business.”

Settling in: “They made us part of the transition. They are genuinely concerned about the people and the teams. They listen to how we do things — because there are some things that we do right or things that they do [better].”

Most welcome change: “Sourcing has been a nice surprise. We ended up being in some of the same [Wolverine] factories, so that has really helped.”

Biggest adjustment: “Flying to Rockford, understanding new processes and procedures and learning to work with new teams. However, the process has been extremely smooth.”

Best synergy: “The business models were similar. From both sides, we want the best practice in the marketplace. We want to win, so how do we get there? It’s a win-win situation. It’s less ego-centric.”

Most memorable moment to date: “[Right after the acquisition], we were at a FFANY show in New York and our group walked into a restaurant to find some of the Wolverine divisions were already there. It just showed similar interests.”

Settling in: “The acquisition was the longest in the history of mankind. It seemed like it took forever. Now, all of a sudden, you have scale that you didn’t necessarily have before, with factories and suppliers.”

Most welcome change: “One of the things I love about Blake Krueger is he celebrates the uniqueness of the brands and he understands there is a real benefit in celebrating the independence of individual brands. That spurs thought and leadership and all good things.”

Biggest adjustment: “We are all brand builders, and that is a great starting point. I do think there is a difference [in the Midwestern work culture] — we East Coast people are high-strung and run like crazy. But we are respectful of each other and, in the end, both sides are open to learning from each other.”

Best synergy: “[Generally] the cultures are really similar. We have different definitions of what innovation might mean, but [that turns into] a sharing of ideas. One always has to be open to learning new tricks.”

What’s better now: “Our sell-through has been really strong — it has been up double digits. We’ve made some major changes in the last few years, with midsoles and [cell foam] technology, and that has allowed us to differentiate ourselves and focus better on the consumer. Wolverine is saying ‘go get ’em,’ and they like what we’re doing.”

Growth opportunities: “Access [to] Wolverine’s network of international partners. Saucony is currently distributed in 75 countries, but we’re missing a lot of markets. As our brand evolves, we can benefit from these global platforms.”

Most memorable moment to date: “[To aid victims of] the Boston Marathon [bombing], we came up with $50,000 immediately that we pledged to The One Fund Boston, and through Blake [and Wolverine], we matched that pledge. As a group, we provided a total of $100,000 in relief funding.”