Milestone: Analysts Sound Off On Wolverine 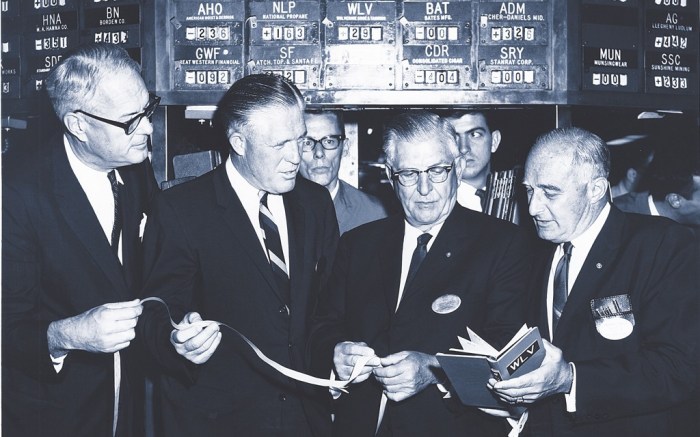 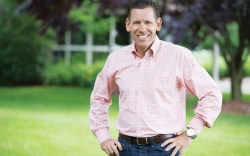 The real crown jewel in Wolverine World Wide Inc.’s portfolio, according to analysts, is the management team.

Not only are they disciplined and decisive but they are quick to adapt to situations where business trends spiral out of their control, market watchers said.

For Citigroup analyst Kate McShane, a prime example of the firm’s leadership savvy occurred in the recent high-sourcing-cost environment. She noted Wolverine was the only company that managed to keep its gross margin flat that year, while many other firms lost about 100 basis points.

“They were early to increase prices and they did it a couple of times,” she said. “Not only did they have the gumption to go ahead with it, but it stuck with consumers, who were willing to pay the higher prices.”

For Christopher Svezia, analyst at Susquehanna Financial, the fact that Wolverine sells more pairs outside the U.S. than inside is testament to its quality of management. “Operating in 200 countries is a feat these days,” he said.

Despite recent factors beyond Wolverine’s control, such as the weather, Svezia added, “they’re still one of the best innovators and designers in the non-fashion and footwear categories in which they operate. They have good discipline with how they run the business and manage brands.”

In fact, Wolverine has a reputation for being more of a consistent operator than a significant risk taker.

But all that changed with its 2012 acquisition of Collective Brands Inc.’s Performance & Lifestyle Group, which cost $1.24 billion but doubled group revenue, according to Don Grimes, Wolverine’s SVP and CFO.

“It was astronomically more aggressive [than we’d ever been],” Grimes told Footwear News.

The executive recalled how, in 2009, he was on the prowl for an addition to the portfolio before the ink was barely dry on the firm’s deals for Cushe and Chaco, purchased in January for undisclosed amounts.

“I had repeatedly stated [to the board] that I wanted the next acquisition to be more of a needle-mover,” said Grimes. “Honestly, I was looking for something in the $75 million-to-$300 million revenue range. I never dreamed of adding $1.1 billion in revenue to the top line.”

But Wolverine dove into uncharted waters anyway. Grimes explained, “It’s a new environment for us, but one we’ve gone into with our eyes wide open.”

At the time of the PLG acquisition, not all market watchers were convinced the aggressive move was the right one, although they all agreed it was game-changing. Despite the obvious momentum of PLG’s Sperry Top-Sider brand, analysts preferred to adopt a wait-and-see attitude about how the integration of the groups and growth of the brands would unfold.

But Steven Marotta, analyst at CL King & Associates, pointed out recently, “[Management is] incredibly prudent. They don’t swing for the fences, which is [an attractive quality to some investors]. Yet, at the same time, they endeavor to maximize their opportunities. What is important with any portfolio is to have drivers of growth and drivers of cash — and they now have both.”

Today, Wolverine’s Lifestyle Group is the largest by revenue and fastest-growing; the Performance Group has the highest margins; and the Heritage Group brands are stable businesses that consistently generate cash for the firm.

Grimes noted, “I don’t favor one operating group over another. I like there to be a spirited competition between them. I’d like, however, for Merrell and Sperry to duke it out for biggest brand in the portfolio.”

Currently, Merrell has pole position as it is expected to generate almost $600 million in sales this year. But Sperry has an opportunity to surpass Merrell if its growth kicks into high gear over the next few years, Grimes said.

Capital expenditure at the firm has doubled accordingly, to between $40 million and $50 million for 2013, from about $20 million to $25 million traditionally. But more than anything, Wolverine’s priority is reducing its debt.

“We have more than just an internal goal to pay down debt. We’re aggressively trying to de-lever via tight management of working capital, in particular of accounts receivable and inventory,” Grimes explained.

In the second quarter ended June 15, the company reduced its net debt by $159 million, to $1.01 billion. It also reaffirmed its full-year revenue guidance, expecting growth of between 6 percent and 8.9 percent, hitting between $2.7 billion and $2.78 billion.

And it raised its adjusted earnings guidance to between $2.60 and $2.75 a share, representing year-over-year growth of between 13.5 percent and 20.1 percent.

In a show of management’s confidence and commitment to its plan, Wolverine earlier this month announced it will implement a two-for-one stock split on Oct 1. Depending on market movements until then, the firm’s stock could be about $30 a share.

Responding to analysts’ doubts of the PLG acquisition at the time it was announced, Grimes said, “I hope we continue to prove [those who were skeptical of us] wrong, although our real goal is to always do right by our shareholders.”