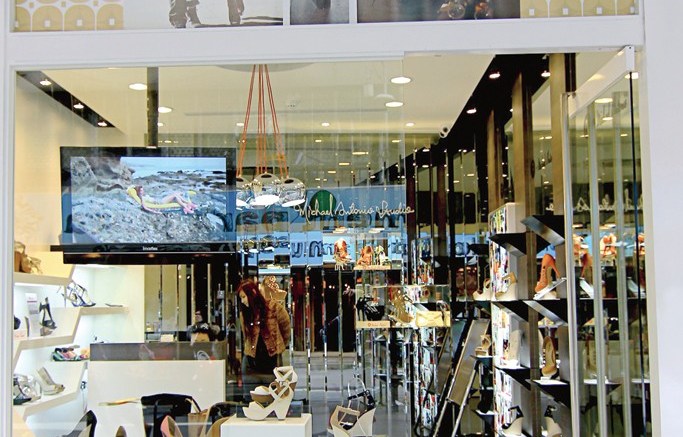 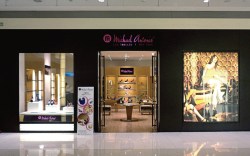 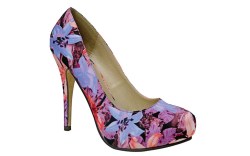 With a push to create buzz overseas, the brand is planning store openings and e-commerce launches in such locations as China and Turkey, with an overall goal to sell between 25 percent and 35 percent of its product internationally this year. The plan includes distribution across the Montclair, Calif.-based company’s three lines: Michael Antonio, the lower-priced MA by Michael Antonio and Michael Antonio Studio, a collection of evening looks.

“Our strategy is to target specific markets that have enough critical mass and buying power to purchase our products, [and] these two have large populations and are leading markets in their respective regions,” said CEO Michael Su. “Also, these are two of the few countries that are experiencing gross domestic product growth in the past year or two.”

Online, the international effort includes the recent launch of an e-commerce website in China, and Turkey will be unveiled this year.

“That’s going to be a major focus point going forward. We feel there is a lot of potential,” said Su. “China will be a major market for us for years to come … obviously because of its current growth rate and population size, plus middle-class expansion.”

Earlier this year, the core brand opened a standalone location in Taipei City, Taiwan, and a pop-up shop in The Dream Mall in Kaohsiung, Taiwan. (The brand already operates five retail locations in the Philippines).

Up next, the company said it will open a branded store in Turkey. Yet even with the retail expansion, Su said the store openings will take place on a limited scale.

“We have our hands full with China, Turkey and the Philippines, but when the time is right we’ll enter new territories,” he said. “I’m cautious with our expansion plans.”

Back at home, the brand launched its first e-commerce website in the U.S. in 2011, and orders online grew by more than 150 percent in the second half of 2012, compared with the first, according to Su.

The firm also is continuing to work with its top retailers. The lines sell primarily through online retailers such as Zappos.com, Amazon.com and Chicago-based Akira, and the wholesale segment saw sales growth for 2012.

Zappos.com stocks all three Michael Antonio lines. “They are great partners to work with. I’m always excited to see what they have that’s new and how they can take a trend and interpret it to fit with the Michael Antonio [signature style],” said Mica Morales, buyer of fashion footwear for the site. “[The company is] one of our top suppliers, and sales grow year-over-year. The customer reacts to the aggressive fashion at a great value.”

Both the unique look and inclusion of some vegan materials is attractive to consumers at Akira, which has been selling the signature main line for five years and more recently added the Studio collection, said footwear buyer Sadie Piller. “Michael Antonio doesn’t take a conventional approach to developing footwear,” she said. “They are exemplars of risky design and their shoes have a following of customers, because these women want to look unlike any other women.”

Michael Antonio debuted in 1985 under E.M.S. Trading Inc. before launching the core line in 1997. Ten years later, the firm was rebranded as the Michael Antonio Footwear Group. Retail prices for its family of brands range from $35 to $200. Through the years, Su said, charity work has become an important aspect of the business. The firm often works with Soles4Souls and is donating a percentage of its e-commerce sales to aid Hurricane Sandy relief through the end of the month.

“We’re very socially conscious, and it’s very personal for me. I come from an immigrant family, and we received a lot of help along the way,” said Su, who hails from Taiwan.

A move into high fashion is also on the radar. The Michael Antonio brand last year collaborated with designers Erin Barr, Joanna Mastroianni and Czar by Cesar Gallindo at New York Fashion Week, and Aminaka Wilmont and Bora Aksu at London Fashion Week.

“We work with hot emerging designers — that’s always a good thing for us,” said Su.

Yet in a crowded market, the executive also keeps an eye on competitors, which he said include Aldo and Steve Madden. “The competition is fierce,” Su said, “but if we balance price, style and quality, we can stay on top of it.”