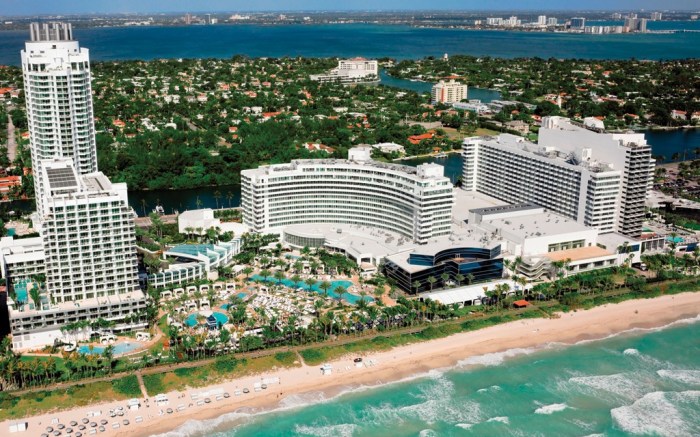 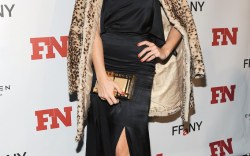 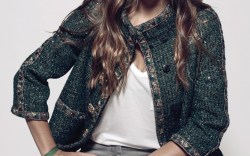 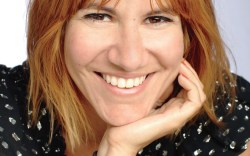 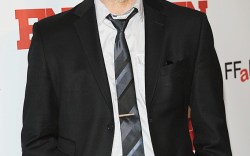 The stage is set for this week’s FN CEO Summit.

The event, which kicks off tonight at the Fontainebleau Miami Beach, will focus on the industry’s dramatic transformation over the past few years and the footwear players who are at the forefront of the revolution.

Top executives, designers and retailers from all areas of the business will provide attendees with an inside look at how they are redefining the landscape, from game-changing acquisitions and groundbreaking designs to imaginative retail concepts and far-reaching philanthropic endeavors.

“Over the next few days, we are going to hear from some of the most forward-thinking leaders in the footwear industry today,” said Michael Atmore, editorial director of Footwear News. “The goal is to inspire, educate and entertain the audience with ideas that can add vibrancy to their own businesses.”

As part of a special opening-night event, designer and executive Kenneth Cole will discuss his lifetime commitment to cause-related work — most notably through his efforts as chairman of AmfAR, the foundation for AIDS research. Just last week, the designer debuted his HBO documentary, “The Battle of AmfAR,” at the Tribeca Film Festival to highlight the mission of the organization.

Cole, who also helped Two Ten Footwear Foundation launch its “Footwear Cares” volunteerism week last Monday, is speaking as part of the charity group’s Fromm Leadership Forum. The forum, made possible by the support of Ron and Cheryl Fromm, was designed to facilitate a conversation between young professionals and industry executives about current leadership issues. (Ron Fromm also is taking on another big role in footwear. See page 8 for more.)

In the spirit of fostering new talent, the summit and Two Ten’s Young Professionals program partnered with six companies — Zappos.com, Asics, Dansko, Deer Stags, Clarks and Brown Shoe — to send rising stars from their teams to this year’s event.

On the second night, the young executives and the rest of the crowd will hear from the ultimate transformation strategist, Tony Hsieh, who is making his third appearance at FN’s summit.

The Zappos CEO recalled the first time he was on the stage in his 2010 book, “Delivering Happiness.”

He wrote, “One of my first speeches was at the … summit in 2005. I was a nervous wreck, because I hadn’t really done much public speaking before. I wrote out my entire speech beforehand, and then spent a month memorizing it and rehearsing it. I couldn’t sleep the night before my speech. … Even though I didn’t really enjoy the whole experience, it had a very positive impact on our business, so I was glad I had done it.”

Hundreds of speeches later, the now-seasoned speaker will use this year’s program as a platform to unveil his ambitious plan for reinventing downtown Las Vegas.

“In five years, [Las Vegas] will be a very, very different place where people will turn around and wonder, ‘What just happened?’” Hsieh told FN recently.

Opening Day
One of the industry’s biggest — and much-buzzed-about — transformation efforts is underway at The Jones Group Inc.

On Tuesday morning, Stefani Greenfield, the company’s global creative consultant, will raise the curtain on the firm’s plan with a presentation about how Jones is using the power of storytelling to fuel excitement across its portfolio, including the Nine West, Stuart Weitzman, Brian Atwood and Kurt Geiger brands, among other labels.

“In the past year, we’ve worked to show rather than tell. We really believe the brand stories are going to take us to the next level,” Greenfield said. At Nine West, for example, the label has unveiled a bold flagship revamp, updated product, catchy marketing and a new digital push.

But Jones Group isn’t the only footwear giant forging ahead with a major reinvention strategy.

As the architect behind the overhaul at Brown Shoe Co., CEO Diane Sullivan will discuss the importance of making leadership personal during her presentation.

“If you can lay out a clear vision for what you want to do, people will rise to the occasion, rally around it and help you start moving,” Sullivan recently told FN.

The executive will take summit attendees inside his strategy to transform Wolverine into a brand powerhouse with major international prowess.

And like Wolverine, Aldo also is diversifying its business in a bid to become a much bigger, more diverse global player.

Douglas Bensadoun, creative director and VP of marketing at Aldo Group, and Norman Jaskolka, president of Aldo Group International, will talk about how the company has expanded into wholesale, licensing, brand building and even high fashion over the past few years, in addition to growing its vast retail network around the world.

For Foot Locker, brick-and-mortar expansion is just one area of focus at the retailer, which has been working to unleash opportunity in the e-commerce arena and fast-growing mobile space. Richard Johnson, EVP and COO at the athletic giant, will discuss the importance of integrating all aspects of the business to stay ahead of the pack.

Nowhere is the competition more fierce than in the luxury market, and several top designers and rising stars will be on hand to talk about their quests to become major international players.

“My business motto has always been to think big, and this is something I continue to apply to my vision for [my label],” said Charlotte Olympia Dellal, who will be on stage with her president, Bonnie Takhar, to talk about how maintaining a consistency in brand aesthetic and messaging is key to her global strategy.

Similarly, as creative director of his namesake line and CEO of Brazilian firm Arezzo & Co., Alexandre Birman has first-hand knowledge about what it takes to play on the global stage. The executive will open up about how Arezzo evolved from its humble beginnings as a small factory based out of a garage into a large multibrand company.

For other designers, finding a niche has been key.

“Design, production, aesthetic and trends are now on par with the designer market,” said Kanfer. “There are no distinctions when it comes to fashion — it is all about a look, regardless of price.”

Putting together the right mix is a priority for Laure Heriard Dubreuil, founding partner and CEO of The Webster Miami. Dubreuil will reveal how she managed to build her boutique into a must-visit Miami destination with an innovative store environment and exclusive product assortment.

“We curate the best of the best,” she said. “I have shoe envy each time I walk into the store, and I am the owner.”

Day Two
The transformation theme will be carried through into the second day of the summit when more top executives and designers take the stage.

Reebok President Uli Becker will unveil his plan to reinvigorate the Adidas-owned athletic brand, starting with a much stronger emphasis on the fitness category.

“It takes a steadfast, unwavering vision with a strong, even polarizing, point of view,” Tiller said. “In our case, it was questioned in the beginning whether celebrating the casual style of 1960s California would be limiting. In fact, this tightly focused platform gave us a reason for being.”

Also on hand will be two U.K.-based designers. They will discuss their own unique brand-building experiences.

Nicholas Kirkwood, who is said to be close to a sizeable investment deal, will open up about his aggressive growth pursuits over the past year, including the debut of a New York store and the much-anticipated launch of his men’s collection.

Fellow British designer Rupert Sanderson, who is looking to expand in a major way stateside, will lay out five significant moments in his career.

Finally, Matt Priest, president of the Footwear Distributors & Retailers of America, will round out the program with an insider’s view on the Washington, D.C., political landscape, a hot topic among footwear players eyeing current and upcoming legislation.