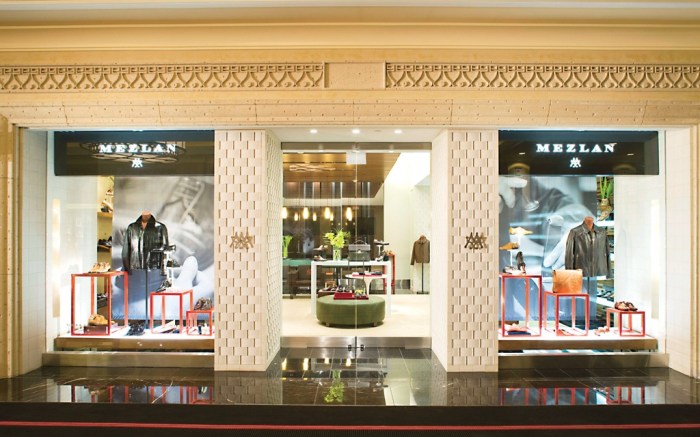 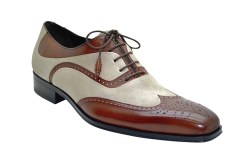 Antonio Sanchez is proving that generating heat in a cool market is still possible.

The president and head designer of the Mezlan and Bacco Bucci footwear brands has not only managed to sustain growth in the current economy but also has raised prices, expanded Internet sales and opened new stores.

For 2012, Sanchez said sales were on pace to be up about 10 percent to 12 percent over 2011, and going forward he sees that momentum accelerating. “Our plan is to keep growing our business 15 to 20 percent per year by adding a few stores each year.”

To showcase the full range of products, the company began opening Mezlan retail shops in 2007, just before the economic downturn. The first store was in Las Vegas, and late last year, doors opened in Chicago and Arlington, Va., bringing the store count to five. The shops and e-commerce site together account for 25 percent of total sales.

“The department store business is not easy because it’s a crowded market,” said Sanchez, adding that Mezlan is still carried at Nordstrom and Saks Fifth Avenue, among others. “There, it’s difficult to have control [over the] presentation of your product. We have paid a lot of attention to developing a shoe that keeps its personality from the beginning. But when it goes to the stores, we lose some of that. We have been selling to some of the best boutiques in the country … but unfortunately, the small shops are closing. The market has changed.”

Sanchez said the company intends to open two or three stores a year until it reaches its top 15 key markets in the U.S. “We want to be where we think our customer is and where we can showcase our image and our product,” he said.

In order to reflect the quality and craftsmanship of the shoes, a year and a half ago the company began raising prices on both brands, which are made in Italy and Spain. “Sometimes, if a customer looks at a shoe that is too cheap, they wonder what’s wrong with it,” Sanchez said. “To survive in such a highly competitive market, there are only two strategies — you either move up or you move down.

“The answer for [many brands] when something doesn’t sell is to make it cheaper and go to China,” he added. “I don’t think that is always the [best] solution. It’s not always a matter of price. We think the price is very important, but it’s secondary. It’s not the only variable [in the shopping equation], and it’s not even the first one, for sure.”

To command the higher prices, Sanchez said the company tells a story of engineering, design, fit and styling. “We’re doing things that are unique and out of reach for most brands [because we own our factories],” he said. “When we develop unique looks, it has an added value. The shoe grabs the customers.”

And, he added, the move has been positive. “We were able to successfully move the company into affordable luxury,” he said. “The price issue doesn’t even come up when a shoe is $395 because of the value and quality. We’re receiving more and more high-end customers, more international customers because of the Internet, and we’re keeping our best customers.”

Scott Shapiro, owner of Chicago-based menswear store Syd Jerome, noted that the price increase and improvements in quality helped fill a void for him. “The direction [Antonio] is taking with a little higher price point fulfills my niche with my better, moderate Italian clothing,” he said. “I don’t want a shoe that retails for under $300 because I don’t want to compromise quality, style, make and fabrics in either [the footwear or apparel] worlds. With the higher price point, he’s addressing that niche at a little over $300, and that’s better for our market.”

However, some retailers worried that increasing the price point means vying with established players for business.

“It’s a nice product at a sensible price point,” Robert Goldberg, owner of New York-based Harry’s Shoes, said of the Bacco Bucci line. “But to take [the price] up another $50 to $75 [brings] different competition — and competition from people already in that price structure.”

Still, Goldberg noted Sanchez knows his business and time will tell how the brand will fare at a higher tier. “He’s very talented and he’s had tremendous success so maybe he senses something in the market,” he said. “We’ll see where the dust settles.”