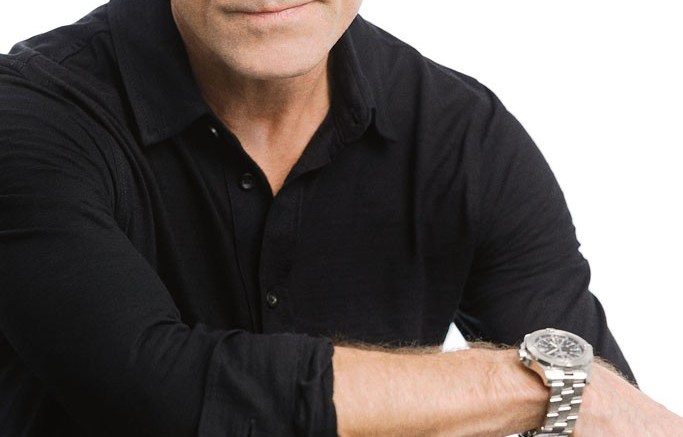 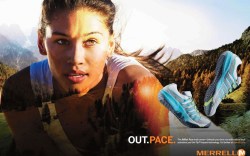 The footwear industry veteran, who was named president of Merrell in August, spent his first 90 days outlining an ambitious agenda: Unify the brand’s global message, integrate apparel and refocus on the outdoor athlete.

“[Wolverine CEO] Blake Krueger and Jim Zwiers, [head of the Performance Group], said to me, ‘We brought you in here because you’re different.’ I was amused. Is it because I talk different? Dress different? Walk fast? And they said, “Yeah, all those things,’” he recalled.

McCarthy’s resume includes top-level posts at Timberland, Reebok and Nike. He most recently was SVP of footwear at Under Armour, where he was credited with jump-starting the footwear business.

“Gene has unbelievable credentials and experience,” Krueger said. “And he’s [one of the] only people in our business who has run a 4-minute mile.”

All that experience will prove valuable in McCarthy’s mission at Merrell, to take the brand to the oft-mentioned $1 billion mark. But he knows that might be a lofty task, as the brand is only a little more than halfway there. “To get to a billion, there has to be a different approach,” McCarthy said.

At the heart of his plan is a performance-focused push, illustrated by the brand’s new “Out.Perform” marketing message, set to debut in both traditional and social media channels for spring ’14. Out.Perform will not only showcase Merrell’s products but also set the tone for where McCarthy wants the brand to go.

On the product front, the label will get a refreshed look under Martin Dean, a Wolverine veteran who was appointed creative director in July.

“We’re going to be telling more-focused stories, where the actual message and the technologies are going to be linked across many different programs,” Dean said. “Consumers are looking for faster and lighter all the time, and we have to embrace that. It doesn’t have to be athletically inspired, but it has to feel and perform that way.”

Analyst Steven Marotta of C.L. King & Associates said that to reach its $1 billion goal, Merrell must conquer new distribution and establish itself in non-footwear categories.

“They have a very high-class problem: They have so successfully penetrated the premier outdoor channel tiers that there’s no room to grow,” he said. Apart from searching for new distribution in sporting goods, family or other retailers, Marotta said, the brand’s best bet is to finally nail apparel and become a head-to-toe outfitter.

Here, McCarthy sounds off on the new outdoors and what performance really means.

What attracted you to Merrell?
GM: This is a very interesting brand. People either know us and love us, or they’ve never heard of us. For the size we have and the revenue we have, that’s amazing to me. When the announcement came out, I happened to be in Baltimore, and my neighbor said, “Oh my God, Merrell, I’ve had two pairs in my closet for eight years.” That is a problem. And then somebody else said, “You’re a footwear guy. Why are you going to Merrill Lynch?” So that’s where the opportunity is. We definitely want to continue our very emotional relationship with our core consumer, but there’s a whole other world out there.

How would you describe that other world?
GM: I’m not a demographics guy, but I’ll call it younger and faster. And our current customer wants to be younger and faster, too. The design language should reflect where Merrell wants to go. This is a very humble place, probably because it’s the Midwest. However, we have a leadership position, and there’s a responsibility to help move the industry. It has gotten slightly sluggish. Partly it’s all of the swirling economic concerns, but the other part is that it’s on Merrell to create what I call the “New Outdoors.”

How exactly would you define that?
GM: There was a time when people would look at the outdoors and nature as a way to escape. Now, in the 21st century, there are two ways to look at the outdoors. One is, how do I conquer it for personal satisfaction and gratification? The other is, how can the outdoors be part of my everyday life?

What does that mean for the product line?
GM: The company has to return to something very simple: hiking and trail, outdoor and performance. So my message internally and externally will be this “Out.Perform” message. It can be a tagline, but it needs to be more of a mantra. Everything we do needs to be tethered to the idea of outdoors and performance. We want to keep these legacy items, like the Jungle Moc or the Moab, but we want to keep them in their rightful place. I don’t want to lead with them.

How will you grow the non-footwear categories for the brand?
GM: I need to integrate apparel and footwear. And that, to me, [means] I don’t want to be a footwear, apparel and accessories brand. I just want to be a brand. Apparel needs to have a visual place with footwear [in our stores] because you need to create mindshare with apparel before you can get market share. What I have to do is make sure we stick to our point of view. I’ve asked [Martin] to pull everybody together — I want him to be that one source of our DNA, so that a distinct design language is threaded through anything we do, whether it’s footwear, apparel or accessories.

How has Merrell responded to your vision?
GM: They have given me a lot of latitude. However, I have to make sure the pace in which I inspire change is not disruptive, but unifying. I’m mindful that this is a very successful, powerful brand that doesn’t need change. It just needs invigoration, and a lot of that is because the industry needs invigoration.

How does your vision translate into Merrell’s international markets?
GM: This company is all over the world, in almost 200 countries. But behaving globally is different than behaving internationally. I use the analogy of the “It’s a Small World” ride at Disney World. If you go on the ride, it’s the same song over and over again, but it’s in different languages. That’s what we’re trying to do here. I just want to have one message, but I want it in every language so that it’s translatable all over the world. That’s global.

Now that you’re in the outdoor industry, what’s your activity of choice?
GM: Because of all those years of pounding as a runner, I can’t run anymore. So I love to ride my bike really hard along the river, along the trail. My thing with the outdoors, even though I’m a crime-and-pollution guy [from New York] is that it’s also a place where I can get my solitude. When I’m riding my bike on the path all I hear is the tires and what they’re running over and then my breath. That’s where I do my thinking. But being a city boy, I still want to be able to look out somewhere and see a plane landing.