Media Bank: Under Armour Says ‘I Will’… Miu Miu’s Models 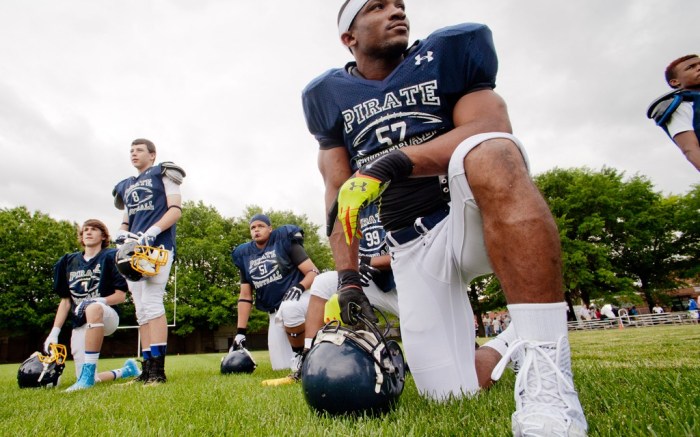 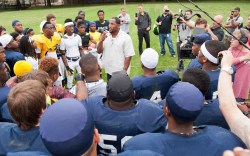 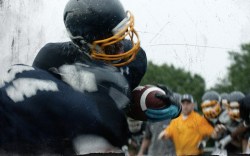 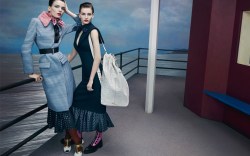 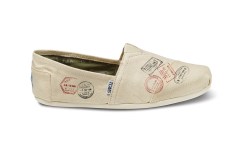 Touching Down
Under Armour gears up for football season with its latest TV spot, “Ready for August,” which will debut on Fox on July 15. The brand worked with former Baltimore Ravens player Ray Lewis as executive producer on the project, which marks the second chapter of the “I Will” global marketing campaign (the first chapter debuted in February, featuring young athletes such as boxing welterweight world champ Canelo Alvarez.) “This brand knows football, but having Ray Lewis acting as producer helped narrow down the creative focus into some of the most inspirational stories of his own life, from the coach picking up players in the truck, to Ray racing his rival every day before practice, to the day he finally broke through and made starting defense,” Steve Battista, SVP of creative for Under Armour, said in a statement. “He gave us a special perspective on a new storyline — the one-on-one battle within the team.” Also featured in the commercial is Gameday Armour apparel, plus the Highlight MC Football Cleat.

Model Roles
Miu Miu tapped more than a few famous models for its fall campaign. The ads showcase names like Adriana Lima, Georgia May Jagger and Lindsey Wixson. And simultaneous to the campaign’s unveiling, the brand will release a dance video featuring the same names moving to the music as they stand on the dock of a bay, awaiting a ferry.

Travel Partners
Toms Shoes is traveling again, but this time with a new partner. The brand has teamed up with Lonely Planet to fete the guidebook publisher’s 40th anniversary with a limited-edition shoe. “We are excited to support Lonely Planet’s 40th anniversary and encourage responsible travel to our community,” Toms founder Blake Mycoskie said in a statement. “Travel not only inspires us but also connects us to the people we strive to help through the ‘one for one’ model every day.” In addition to the special style, which will sell on Toms.com, Lonelyplanet.com and on both parties’ social media sites, the partnership also includes a mini-guidebook featuring traveling tips that promote a positive environmental impact during travel. The anniversary items are available through Aug. 15.