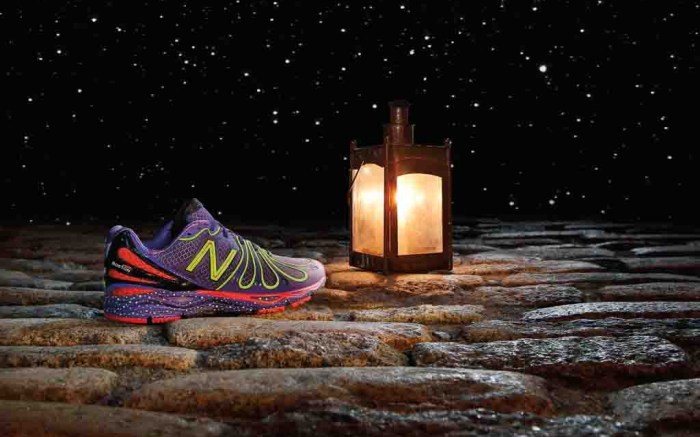 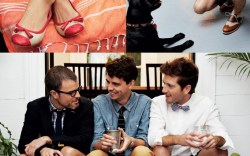 Boston Based
The runners are coming. Boston-based New Balance is celebrating the upcoming marathon in its hometown, with a new “Midnight Ride of Paul Revere” campaign. The ads highlight a limited-edition 890 style and are being featured throughout the city — on bus stations and light pole banners. “The campaign is all about celebrating the rich history of our home city at a time when it is flooded with runners,” said Josh Rowe, running marketing manager. “Boston is a city that loves running regardless of the weather, time of day or route. This campaign celebrates the dedication by revisiting one of Boston’s most historic tales.” The brand also will host Twitter contests and an Instagram activation at the John Hancock Sports & Fitness Expo during the weekend before Marathon Monday, on April 15.

Southern Bell
Spring has sprung for Johnston & Murphy. After activating several digital campaigns, the company is back with a print edition, complete with advertisements shot in South Carolina featuring an Americana theme. For its ad subjects, J&M turned to a variety of people, including a hip restaurant owner, a local artist and a young mother of three. The final images are appearing in April editions of magazines, as well as on the brand’s website, social media and in stores.

Light Up
Rockport turned to YouTube for its spring campaign. The Canton, Mass.-based brand created a short documentary, called “Lightness,” to showcase its lightweight footwear collection. “Through the lightweight technology that we incorporate in our shoes, we want to give consumers the freedom to move — movement not just in a physical sense but also in the idealistic sense, to break borders, to break through and to achieve,” Chief Marketing Officer Dani Tschuemperlin said of the film, which also features models performing jumps and tumbles in the shoes. The campaign, which launched this week, also contains digital and in-store elements.