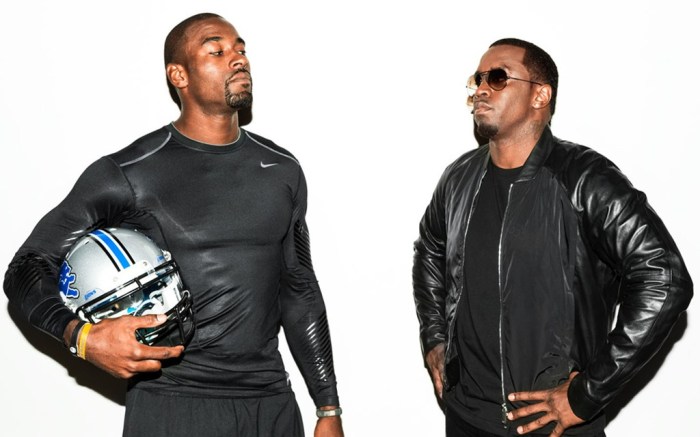 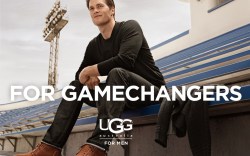 Stunt Double
Calvin Johnson has a split personality, courtesy of Nike. In the sports brand’s latest series of digital videos and ads, Sean “Diddy” Combs plays the Detroit Lion’s alter ego, who handles the glitzy side of being a star player. “This campaign is about removing the excess from the athlete’s mind and life so [he or she] can perform at a higher level,” film director Stacy Wall from Imperial Woodpecker said via a written statement. “This storyline brings that truth to life in a fun way.” Developed in partnership with Portland, Ore.-based independent advertising agency Wieden & Kennedy, the campaign will air online and in a broadcast television push throughout the NFL season.

Kick Off
Ugg for Men is turning again to its MVP quarterback. Brand ambassador and New England Patriot Tom Brady will once more be the star of the brand’s fall ’13 campaign, which kicked off this month and will run through December. Los Angeles-based agency M&C Saatchi created a new 60-second spot called “For Gamechangers” that was directed by award-winning filmmaker Spencer Susser, as part of the integrated marketing push. The four-month campaign will be supported through social media, print ads and paid digital placements.

Blow Up
The NFL is back, and so is Adidas’ main pitchman in the sport. For the season opener this week, the sports brand showcased a 30-second ad on ESPN featuring Washington Redskin Robert Griffin III and exploding football fields. The second-year pro and Heisman Trophy winner is expected to make his return to the field on Monday after recovering from a knee injury.