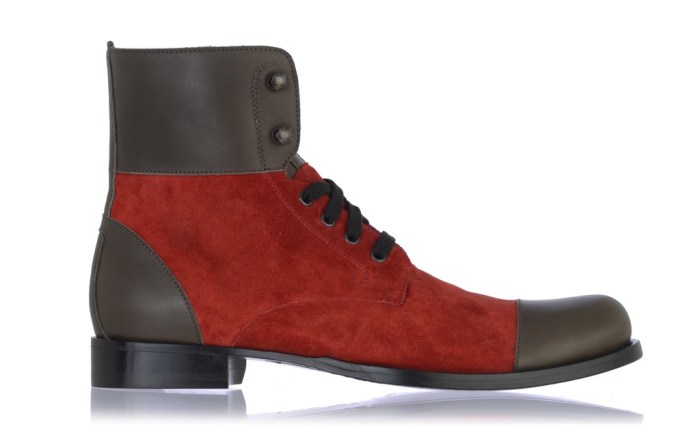 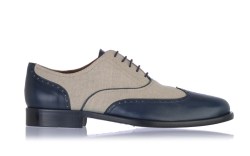 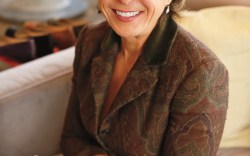 For spring ’14, Marchez Vous will introduce a companion men’s collection of classic looks with a modern vibe.

Smith, best known for playing Lisa Simpson in “The Simpsons,” said male consumers had been asking for styles of their own, prompting the move into the category. And as with the women’s line, comfort is a top priority. “Men like beautiful, comfortable shoes, too,” Smith explained, citing such features as heel-to-toe Poron. All shoes are made in Italy with the exception of a slipper style called Joe, which is produced in the U.S.

While the debut seven-style offering includes monk straps, penny mocs and saddle shoes in traditional colors such as brown and black, Smith also has added blue — her favorite hue. “The line is for a man who is stylish and love clothes,” she said. “We give him some color, [fresh] details and materials.” However, she noted, “I pushed the envelope, but didn’t tear it.”

Although the men’s market is new territory for Smith, she’s confident she can relate to a male audience. “I loved to dress my husbands,” she quipped. “I have good taste and a sense of proportion.”

Set to deliver in February, the line is targeted at independent retailers, with future plans to expand into department stores. Retail prices range from $375 to $575.