Major Moves Ahead for Miz Mooz 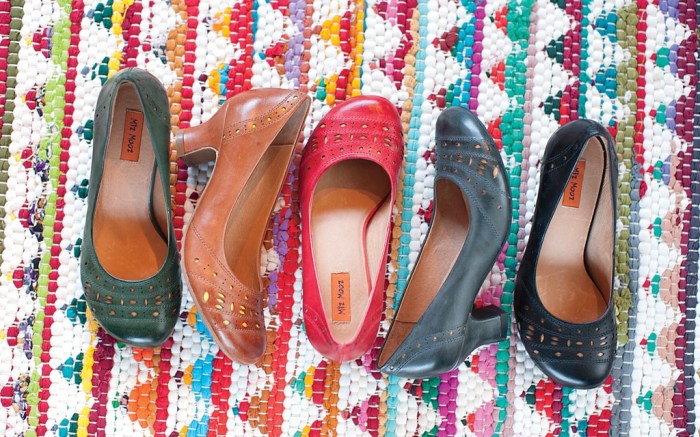 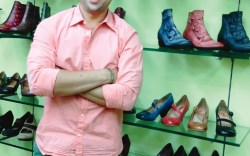 Miz Mooz is filling up its office space.

The 13-year-old, New York-based company has made a name for itself catering to a young juniors’ consumer — and all with a team of less than 10 employees. But this fall, it will debut two Italian lines as the U.S. licensee (including women’s and men’s footwear as well as handbags) and expand its Lil Miz kids’ division. As a result, staff members have been added, and the company is tightening its in-house operations.

“We brought more hands on deck, and we’re getting to the point in our office where we are giving people titles, roles and more defined assignments. We’re making that transition into a more structured business,” said President Ron Kenigsberg, who has been with the company since 2004, the same year it began wholesaling the Miz Mooz line. “We have our hands full, and I’m optimistic that we will continue to build [the business].”

First up is the fall debut of Italian labels Mjus and A.S. 98, both owned by Olip Italia SpA. Mjus will be available in the U.S. from $175 to $300 at Nordstrom, Amazon.com and specialty boutiques. A.S. 98, previously known as Airstep, will be offered at Free People and a variety of independent retailers such as The Tannery in Boston. The collection retails for $225 to $450.

“A.S. 98 is not afraid to work with colors and load it up with the zippers and belts, but it’s not too much; it’s just right,” said Lisa Gorlicki-Busalini, buyer and merchandiser for The Tannery, which will carry about eight to 10 SKUs this fall. “It’s going to be a great brand [for the store].”

A.S. 98 already has received a little unsolicited help from Johnny Depp, who recently told Rolling Stone that he liked the boots. Since then, Kenigsberg said, he has been fielding requests for the men’s product.

But after being in the women’s business for more than 10 years, Kenigsberg said that working on men’s lines is a learning experience.

“It’s a lot harder to get men to spend this kind of money on product. We definitely had to do a lot more research about what stores and accounts are trend-setting, and we didn’t want to rush,” he said. “Miz Mooz has developed its own DNA, a look that’s identifiable as its own. This product is more trend-focused and gives us an avenue to expand our overall business footprint.”

The Lil Miz children’s line, now available through Nordstrom and Zappos.com, has growth plans of its own.

“The kids’ market is a good market, and if you have the right product, you can expand,” said Kenigsberg, who added that efforts include releasing new styles and signing more independent accounts.

Meanwhile, the core Miz Mooz line is working to move a portion of its production out of Asia and into Spain and Portugal next year.

“The prices in China continue to rise, and Europe is more appealing,” said Kenigsberg. “Quality product is coming out of European countries, and we want to be well situated there as more companies head back to Europe for production.”

In addition, the brand continues to expand internationally. This fall, Miz Mooz will be sold on Amazon China and is already available in Canada, Australia and European countries such as Belgium, Germany and the Netherlands. South America and Asia are targets for further down the line.

In the U.S., the core brand sells at Nordstrom and Zappos.com, plus a handful of independent accounts including Imelda’s Shoes in Portland, Ore.

At Imelda’s Shoes, Miz Mooz was one of the top five selling labels this spring, according to owner and buyer Pamela Coven. “The brand is the perfect combination of fashion and comfort. Color is important to our customer, and Miz Mooz always offers a great selection of color,” said Coven. “The [label] has longevity because it pays attention to who its customers are and provides a great selection of styles.”

In 2012, company sales grew by 20 percent over the prior year, and Kenigsberg said he anticipates similar momentum moving forward as upcoming product and international initiatives roll out.

“For 2013, I project that we will continue to grow, especially with these new product lines and Miz Mooz,” he said. “These add-on businesses will only help us grow more.”