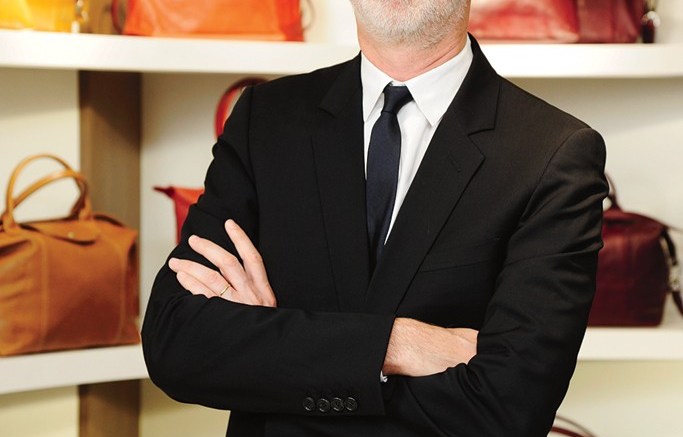 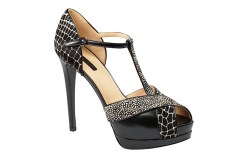 NEW YORK — To be taken seriously as a global fashion brand, Longchamp is making footwear a crucial part of its strategy.

This fall, the label will launch an expanded shoe collection that moves far beyond basic styles such as the ballet flat.

“Fall ’13 is the season we’re moving to the next step, showing a full collection with all functions — flats, heels, open-toes, boots, low boots and even sneakers,” said Jean Cassegrain, Longchamp’s CEO and the grandson of the brand’s founder, also named Jean Cassegrain. “The goal hopefully is for [the footwear business] to become more significant, going step by step. Shoes have the potential to be more commercially successful for us.”

Each collection will mirror the label’s handbags and ready-to-wear for the season, and all looks will reflect the essence of Longchamp, which Cassegrain describes as optimistic luxury.

“Our shoes will be colorful, with some styles available in eight to 10 shades, and they are really made for walking. Comfort is important,” he said, adding that all the footwear styles are made in Italy, with the exception of the sneakers, which are produced in China.

According to Cassegrain, the decision to expand into footwear was natural, even if a little late.

“Originally, we were a leather-goods brand. We’ve had ready-to-wear since 2006, and the only piece that was missing from the full silhouette was shoes,” he told Footwear News. “Shoes are in a category that is even closer to our original [expertise] than [apparel], and together with handbags, they have become the most important fashion accessory, so it was a logical step.”

Cassegrain has a multipronged strategy to raise the profile of the footwear, starting with elevating its presence in owned doors. Shoes are currently displayed in a small section at the back of stores, but they soon will move to a bigger space near to the front, where they can be better showcased.

In addition, Longchamp has signed deals with several top European retailers — including Galeries Lafayette in France, Jelmoli in Switzerland and Steffel in Austria — to open branded spaces in their shoe departments over the next two years. It also intends to bow a pop-up store on Rue Saint Honoré in Paris in July.

Central to these efforts is an increase in marketing, mainly through advertising campaigns, social media and direct-to-consumer communication, according to Cassegrain. “Marketing will be very important. Shoes will be integrated into all our other campaigns, with Coco Rocha [who fronts the brand’s ads] wearing them,” said the executive, who added of the Canadian model: “She’s a very lively and dynamic person who embodies what we want to express, about us being happy and playful.”

The results were powered by a rollout of boutiques and shop-in-shops, key product launches including a leather version of its perennially popular Le Pliage bag and a steady flow of Asian tourists, particularly in Europe.

By region, sales increased 26 percent in the Americas; 25 percent in Asia-Pacific; 16 percent in Europe and the Middle East, excluding France; and 9 percent in France.

The U.S. ranks as the No. 2 market, after France. Cassegrain explained, “We’ve been able to build a loyal base of customers since the 1950s and keep them through the consistency of our efforts. It’s been a long process, but we now are a significant accessories brand in the U.S. and still growing.”

He told FN that the brand’s new shop-in-shop in Macy’s Herald Square in New York is doing very well, and noted that the company will add two Longchamp doors in Miami by the end of this year. The first, in Aventura Shopping Mall, opened last weekend, while another will debut in the Miami Design District in September, bringing the firm’s directly operated store network in the U.S. to 14.

In Europe, “all in all, we’re doing OK,” Cassegrain said of the region’s ongoing economic woes. But, encouraged by tourist spending there, the label is continuing to open new stores, starting with one on Regent Street in London in September.

As for China, Cassegrain considers it one of the brand’s priorities and will add six stores to the country’s current 14 by the end of this year.

“It will give a lot of visibility to the brand,” he said. “It’s a difficult market because it’s very competitive, but it can also be very rewarding. We can’t afford to stay away.”