Launch of the Year: Paul Andrew 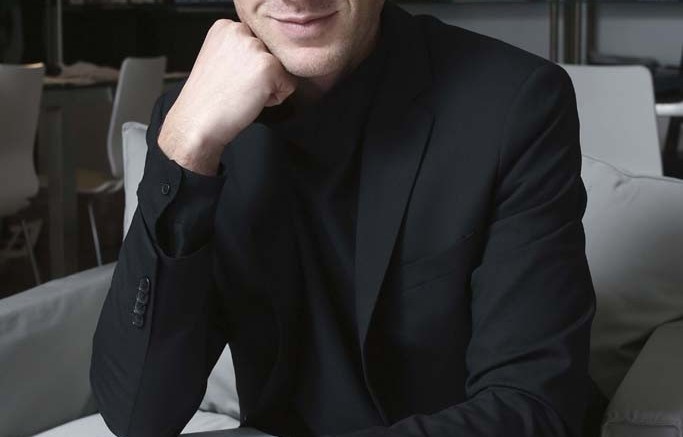 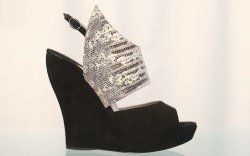 After years of working alongside some of the biggest names in fashion, Paul Andrew went out on his own this year.

The British born, New York-based designer launched his namesake collection this spring, after working for Donna Karan for more than a decade and holding posts at Narciso Rodriguez and Calvin Klein. Already firmly rooted in the industry, he quickly landed in Barneys New York, Saks Fifth Avenue and Shopbop.com with the made-in-Italy line — all featuring exclusive materials, richly developed fabrications and handmade heels. Retail prices range from $595 to $3,000.

“Paul’s success is built on the product — the fit, the fabrics, the quality,” said Nicholas Mellamphy, VP and buying director for The Room at Hudson’s Bay, which also carries the collection. “He is the heir apparent to Manolo.”

The son of the Queen of England’s upholsterer at Windsor Castle, Andrew grew up watching his father experiment with different fabrics. “It made me interested in textiles and materials, and how they could be manifested into something more than just a flat, two-dimensional piece,” recalled Andrew, 34.

Acting on his penchant for design, he enrolled at Berkshire College of Art & Design, where he studied fashion and won an accessories and footwear award for his graduation collection. It was enough to land him in the pages of Vogue and an apprenticeship at Alexander McQueen.

“[Alexander McQueen] had an amazing ability to take a sketch and an idea, or whatever you presented him with, and take it to a totally different place than you would have ever imagined,” he said. “He opened my eyes to thinking outside the box.”

Pressure from his parents to get a salaried job led him to a position on the design team at Narciso Rodriguez. Andrew readily decamped to the Big Apple and became immersed in Rodriguez’s clean, minimalist style, eventually helping the designer to launch shoes and handbags. From there, he joined the team at Calvin Klein, another designer he credits with inspiring his current aesthetic.

“Talk about [someone] who’s obsessed with the silhouette of something. I still hold true to the clean, pure look of Calvin in my own collection,” Andrew said of Klein, with whom he worked until the designer’s retirement in 2003.

Next, he went to Donna Karan, working his way up to VP of shoes and accessories design. Karan, he said, taught him about fit and the neccesity of comfort in shoes.

“Paul Andrew does not design just any shoe,” Karan told Footwear News earlier this year. “He focuses on every detail, so it’s all about the toe, the heel, the fabric. He has a great vision and brings his own creative perspective to every design.”

To maintain visual appeal without compromising comfort in his shoes, Andrew said he spared no expense to produce the best-quality product. “The manufacturers I use are crème de la crème. I also have a special technique: I’ve added a hidden padding that has memory inside the insole so that you sink into this cushion when you’re wearing the shoes,” Andrew said. “I’ve also handmade the heels so that the instep and the arch are all in the right place.”

And in his quest to reconfigure the way the single-sole shoe is built, Andrew has devised a metal heel for his fall ’14 collection that he described as “super-thin, like a tiny spindle,” but made from solid steel to ensure durability. While the procedure is costly and complicated for most factories, Andrew strived to provide the same support on a thin heel that women would have on a block one.

Like most designers just starting out, however, Andrew admitted to struggling with self-doubt occasionally. “Calvin [Klein] would never falter from an idea. His ideas were always clear from the beginning. I always think back to that when I’m changing the footbed and my factory is ready to strangle me,” he quipped.

But his experience in the industry has served him well. Andrew has been able to secure the kind of craftsmanship he wanted from the start: triple-dyed suedes for vibrant saturation, handprinted silks and handwoven jacquard fabrics for fall ’14 styles.

“I know tanneries and mills, and I know who produces the certain type of print the best, who can weave a certain way, who can triple-dye suede and make it durable and not fluffy,” Andrew said.

No wonder buyers are feeling confident about the designer’s work. “I see the potential in not only his brand but what he can offer to our industry,” said Hudson’s Bay’s Mellamphy. “Paul is a gentleman that the whole industry seems to be rooting for.”