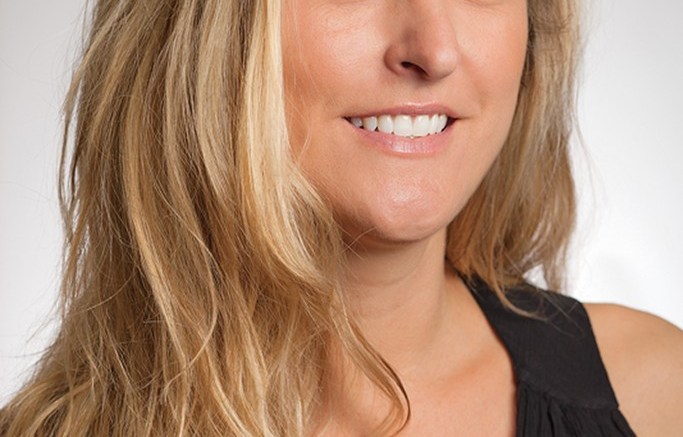 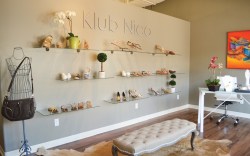 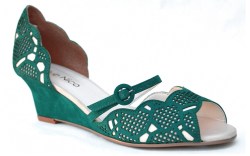 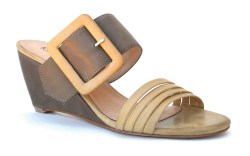 Kelley Lehner prefers not to rush things when it comes to her 8-year-old label, Klub Nico, but that’s not to say she doesn’t have big plans.

“I joke that in five years, we are going to be an overnight success,” said the Aptos, Calif.-based designer.

This year could be one of the brand’s biggest yet. Klub Nico saw a 40 percent increase in revenues in 2012 and anticipates larger numbers for 2013. “For the first quarter, [our sales were equal to] all of 2012,” Lehner noted. The label also opened its first branded boutique, in Aptos, in May. Other developments include a bigger special-occasion offering for spring and a growing private-label business that has picked up speed with a roster of six clients and counting.

Lehner’s background is in management, including 12 years as marketing manager with The Coca Cola Co., followed by a year as an account executive at a Brazilian research and marketing firm. Both stints were in Rio de Janeiro, where the California native lived with her Brazilian husband, Bruno, for more than a decade. Eventually, his career brought them back to the U.S. “I had to get a job [when we moved], and I had always been a shoe girl, so I decided I wanted to open a [footwear] company,” Lehner said.

She studied advertising in college, so getting her business up and running required some quick learning. “I was lucky because I have a good [eye for] trends and styles, but I didn’t know much about the footwear industry,” Lehner said. “The factories taught me all of the [technical] details.” She chose to manufacture Klub Nico’s offerings in Brazil (the firm’s private-label products are made in China) partially to pay homage to a country she loves but also because her fluency in Portuguese made it easier to learn the trade. She streamlined the rest of the business by hiring a four-person design and sales staff, and outsourcing most other divisions.

Today, Klub Nico — named for Lehner’s now 9-year-old son — retails from $128 to $250. The spring ’14 mix features pumps, sandals and booties that juxtapose feminine details such as lace and scalloped edges with tougher elements including distressed leather, cutouts and oversize buckles. “Everything is much more refined now,” the designer said of the label’s aesthetic evolution, noting that the core customer tends to be a contemporary woman in her 20s to 40s.

Klub Nico has developed a network of 300 retail partners throughout the U.S., Japan, Canada and Russia. “The international market has huge potential for us,” Lehner said, listing Europe and Asia as promising territories. But for now, the label’s fastest-growing market is still the U.S., where it has accounts with Amazon.com, Anthropologie, BHLDN (for which Klub Nico has created several exclusive bridal styles), Garnethill.com and Modcloth.com.

“We were first attracted to [Klub Nico’s] vintage look,” said Alexandra Rukin, Modcloth’s category manager for footwear. “They fit into our unique assortment of shoes. We also knew our customers would be satisfied with the high-quality materials and wearable constructions.”

Ashley White Palandrani said the label’s distinctive look attracts customers to her store, Ashley Austin Boutique, in Kennett Square, Pa. “We have been carrying the line for four years and adore it,” Palandrani said. “[Klub Nico shoes are] different from what other [retailers] offer, and our customers tell us that people in the streets stop them to ask where they bought them.”

As for her own retail venture, Lehner reported business has been steady at the Klub Nico flagship during its first two months. “Everything fell into place,” she said of bowing the 350-sq.-ft. boutique, which is decorated with a neutral color palette and modern-yet-girly fixtures to create a West Coast-cool vibe. “Commercial real estate prices have definitely dropped over the last two years. We also have a good following and awareness in our local area, but [prior to the opening], women didn’t have one place where they could find our entire collection. It will be really interesting to test [new styles at the store].”

In addition to getting the word out about its flagship, Klub Nico also plans to increase its wholesale reach during the next year, targeting larger department stores, said Lehner. Another goal is to further develop the special-occasion collection, which features pumps and kitten heels with such dressy embellishments as bows, crystals and sequins.

“I’m still not 100 percent satisfied,” Lehner said. “[Special occasion] has been a good little category for us, but it’s still not exactly where my vision is [for it]. By the end of the year, I [aim] to have more styles and a magical price point of $150. There is a void in the market [for dress shoes]. There is not really a mid-price, nice-quality leather [special-occasion] shoe.”

Lehner said she also expects her firm to expand in other areas in the coming months. “Private label is driving a lot of our growth right now,” she said, noting that several more clients are in talks to sign on. New branded categories such as children’s shoes and fashion-focused comfort footwear also could be on the horizon.

“I’m always looking toward the future,” Lehner said. “Klub Nico is something I really believe in, and for me, it’s about the long haul.”