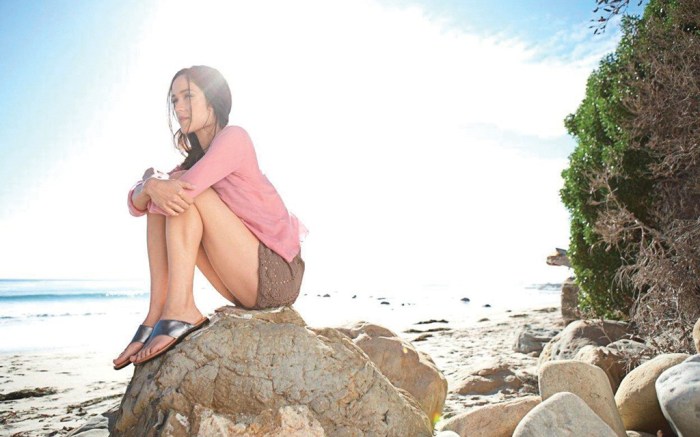 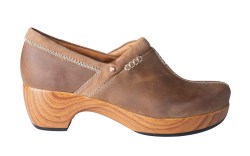 Following the end of the rocker-bottom craze, Juil is re-energizing the wellness market with copper conductors in its outsoles that are designed to ground the wearer.

Since launching on Earth Day in 2011, the Mequon, Wis.-based company has tripled its business as consumers continue to seek new ways to improve their well-being. The Juil collection features a proprietary Energy Flow Technology meant to enable a connection with the earth, thus neutralizing harmful free radicals in the body. (The name was derived from the term “joule” — a unit of energy.) The componentry has garnered the brand shelf space in yoga studios as well as fashion retailers.

“People have a desire to find alternative ways to deal with wellness and well-being,” explained Allen Dolberg, COO and EVP. “If there are other ways to feel better, why not explore them?”

The technology, inspired by the Gyrotonic Expansion System, a holistic approach to movement that increases strength, flexibility and a sense of calm, was in development for 10 years before its debut. In fact, one of Juil’s co-founders is a Gyrotonic instructor.

But it was the yoga community that first embraced Juil’s wellness philosophy, with such leading instructors as Shiva Rea and Ashley Turner helping to get the word out. In addition, the company has participated at yoga events and festivals including Wanderlust, a four-day celebration of yoga, music and nature held around the country.

Juil has built its business around core styles such as the Hera and Brio flip-flops; however, it also offers a range of closed-up looks, including clogs, for fall ’13. In addition, the brand sells a vegan series.

For added comfort, the collection, retailing for $125 to $165, features ergonomically designed cushioned footbeds, built-in shanks for medial support and nonslip polyurethane and rubber bottoms. To educate consumers about its wellness message, Juil places in each box a brochure outlining its technology.

And though 95 percent of Juil’s business is in the women’s category, three men’s sandals are also available, retailing from $125 to $145. According to Dolberg, the company next aims to grow its men’s business by focusing on the after-sport recovery market.

Over time, distribution has grown organically from studios, spas and retailers — such as Athleta.com, Bliss Spa catalog and Canyon Ranch — to include e-tailers Shoebuy.com and Planetshoes.com, as well as comfort independents. (The brand also plans to reach out to the medical and hospitality markets.)

Peter Hanig, owner of Hanig’s Footwear in Chicago, said he was intrigued by the brand’s technology and introduced it for spring ’13. “It makes sense with the [consumer] movement toward [increased] physical activity,” Hanig said, noting he can tap into the client base of several yoga studios that are located near his store.

San Francisco-based On the Run also has found nearby yoga studios to be a resource for targeting customers. “We put the sandals in the window,” said owner Mark Wachter, whose store has carried the line since spring ’11. “People look at [them] and ask what they are.” And because the retailer is well staffed, Wachter added, associates have time to explain the brand’s signature features to consumers one-on-one.

According to Juil’s sales manager, Bettina Schmitt, fashion retailers round out the brand’s distribution channels. “It’s where we envision [the product being sold],” she said. “For women buying Jimmy Choo and Manolo Blahnik, this will be an add-on sale.”

Indeed, Shoe-Inn, a fashion independent with locations in New York, New Jersey and Connecticut, added the brand this spring. “It has a nice wellness feeling without being too granola-like,” said owner Billy Lawson, comparing the brand’s approach to that of FitFlop. “We try to blend fashion and comfort when we can. Everyone wants to feel healthier and happier.”

Despite Juil’s acceptance at retail, Dolberg admitted the brand has its share of skeptics. “Its [wellness aspect] can affect people at different levels,” he said, emphasizing the brand does not make any medical claims. “If [consumers] like the way [the shoes] look and feel, then they are providing a benefit. It varies with each individual.”

Added Schmitt, “[We simply] ask consumers to take them for a test drive.”

Angee Smithee, director at Spa Avania in the Hyatt Regency in Scottsdale, Ariz., who sells the brand in her spa’s boutique, said she liked the concept behind the componentry. “If you understand [Juil’s] technology and story, you feel good about wearing it,” said Smithee. “In our area, sandals are very prevalent, so why not make them fun? And we’ve selected something with meaning.”