Jason Markk Cleans Up in the Sneaker Market 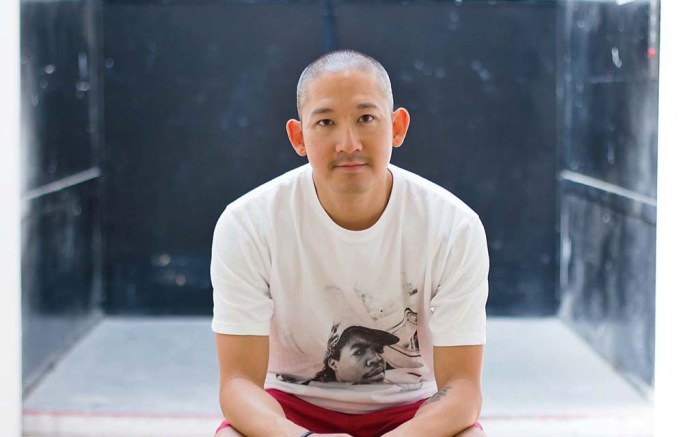 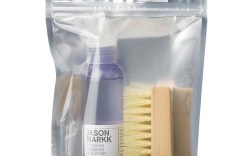 Jason Angsuvarn has found a niche in streetwear with his line of Jason Markk sneaker cleaning solution.

“No one else in the market really makes anything like this,” said retailer Lester Wasserman, who picked up the products for his West NYC shop after consumers demanded it. “People were looking for this product, and he’s built a reputation of being the premier sneaker cleaner of the industry.”

The Jason Markk line — which uses its founder’s first and middle names — launched in 2007 in a few top sneaker boutiques, including Los Angeles’ Undefeated, as well as Colette in Paris. Now the brand is sold in more than 400 doors, including athletic chains DTLR in Baltimore, Villa in Philadelphia and Millennium Shoes in Inglewood, Calif.

“There always has been some type of sneaker-cleaning product, but there’s never been something a retailer was proud to show off,” said Mickey Nassrin, Millennium Shoes’ lead buyer. “It’s packaged so beautifully and it complements the premium quality of the shoes. You want to showcase it. It’s almost like a badge of honor.”

In fact, the founder was thorough in his market research when developing the brand. Angsuvarn, a former adman and a sneakerhead himself, knew that matching the product’s aesthetic to trendy athletic footwear would be just as important as its effectiveness (the cleaning solution is tinted purple and features a perfume-like fragrance). He also took informal polls while camped out for the latest shoe releases at local retail stores.

“I asked people, ‘What do you use to clean your sneakers?’” he recalled. “There was so much variety — Oxiclean, Mr. Clean Erasers — but there was no actual brand. That’s when I knew I had something.”

Angsuvarn and a chemist worked to develop a sneaker-specific cleaning solution. To make it unique from other items on the market, the founder’s main mandate to developers was that the compound be delicate enough to apply to high-end textiles without staining them.

“There were some intense briefs with chemists,” Angsuvarn said. “I knew about this culture. I wear these sneakers. I didn’t want to just put my name on anything.”

The result was a liquid cleaner that can be used on premium materials such as suede, ostrich leather and pony hair. Ninety-eight percent of Jason Markk’s ingredients are all-natural, and it is completely biodegradable.

When he was ready, Angsuvarn seeded the product to key streetwear influencers to get in front of his target consumers. Some of the first in the industry to get their hands on the kits were bloggers Wendy Lam of Nitrolicious, Yu Ming Wu of FreshnessMag and designer and Reed Space owner Jeff Staple.

Angsuvarn also has created buzz through Instagram, where he regularly showcases before-and-after pictures of cleaned sneakers. “It’s the perfect social media platform for my brand,” he said of Instagram, where the @JasonMarkk handle boasts more than 55,000 followers. “Word of mouth has fueled the greater growth we’ve had in the last couple of years.”

Looking ahead, Angsuvarn will expand the product line to include a suede water repellant for spring ’14. The brand also launched a disposable sneaker wipe this fall.

And to keep up with the growing needs of retailers, the company also commissioned NRI Distribution Inc. to help with fulfillment in the U.S. and Europe.

“Now we’re ready to handle the demand,” Angsuvarn said. “Earlier this year, we were doing everything in-house out of our 1,000-sq.-ft. office in downtown Los Angeles.”

Special projects with retailers and brands in streetwear also will bow next year. Jason Markk previously collaborated with such stores as Undefeated and Foot Patrol in London.

“We try to figure out how we can tell a story for both brands and find a common thread,” Angsuvarn said of the product collaborations, which usually include a special-edition sneaker cleaning kit.

West NYC’s Wasserman noted that partnering with other big names in sneakers is a good way for Jason Markk to reach even more people within the industry. “We know the product is good, but some consumers need to be more romanced a bit,” he said.

Sales for Jason Markk have been exponential at Millennium, according to Nassrin, who pointed out that the best sell-throughs are timed with sneaker releases.