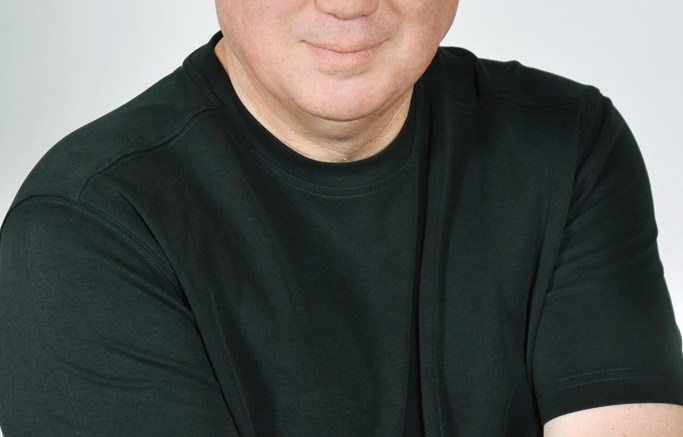 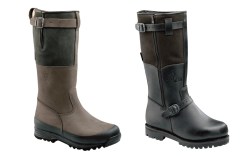 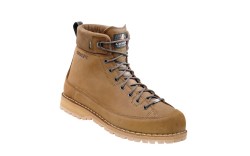 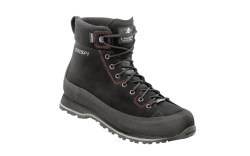 Crispi aims to make it big in the U.S.

The family-owned Italian brand is seeking to fill a niche in the American outdoor market with its range of high-end hunting boots, hikers and mountaineering products for men and women.

Managing Director Martina Marcolin said that entering the U.S. in 2011 was an essential step to growing the brand, which is already distributed in 55 countries, including the U.K., France and Japan. Worldwide sales total more than 40 million euros, or $53 million at current exchange.

“We started in Europe and grew very slowly over the past 36 years,” said Marcolin, who is a descendant of the company’s original founder, Alessandro Marcolin. “The U.S. is a huge market, and it’s very important for us to be present here.”

Using its European heritage as a selling point, the company differentiates itself from other players in the category by highlighting the shoes’ artisanal manufacturing and premium materials. Its footwear offerings, which are all made in the company’s Italian factories, range in retail price from $199 for casual hikers to $999 for mountaineering boots, with men’s product making up 60 percent of the total footwear business in North America.

“The traditional way of building a boot is something we’ve passed along from generation to generation,” said Simeone Daverio, Crispi’s global director of sales and marketing. “At the same time, we’ve added technology over the years.”

Aside from incorporating mainstay outdoor elements such as Vibram outsoles and Gore-Tex linings, Crispi also utilizes its own proprietary technology in its footwear, Daverio said. Such features also help distinguish the brand from its competitors as it opens accounts in the U.S., he added.

Among the innovations exclusive to Crispi are the firm’s ankle-bone support system, which is featured in its performance boots, and a super-grip outsole produced by Vibram.

“As newcomers to America, we have all the tools to succeed,” Daverio said. “There’s a lot of competition here, but we think there’s still space for us.”

To lay the foundation in the U.S., the Marcolin family partnered with Miles Munger, a former executive at The North Face, to oversee growth in the territory as president and CEO of Crispi N.A. And it is working out of a distribution center near Crispi’s North American office, in Bend, Ore.

Munger said the biggest opportunity for Crispi here is with its hunting products, which have already been picked up by Midwest-based sporting goods chain Scheels. The retailer is expected to expand its distribution of the brand this year.

Now Crispi is targeting specialty outdoor shops and department stores, where customers are accustomed to the label’s high-end price points and where product can complement retailers’ offerings.

“We don’t want to be in a store where our shoes are double the value of the next shoe on the shelf,” Munger said, adding that the company also places a premium on stores where the brand can train the salespeople.

With a limited marketing budget compared with other major players in the category, Munger acknowledged that gaining broader brand recognition in the States continues to be a challenge. So far, the label has arranged product placements in outdoor blogs and shown at the Outdoor Retailer show three times.

“We just have to take baby steps,” he said. “As long as we stay consistent, we’re going to grow and find placement with new dealers.”

“People will pick them up regardless of the price because they’re getting a pair of boots that’s going to last a long time,” said Gudowicz, who has been working with Crispi since last summer. “These customers aren’t as concerned with price as much as they are quality.”

Harry Grim, sales representative for outdoor agency Hudalla Associates, agreed that the hunting consumer is less sensitive to paying higher prices at retail. “The outdoor consumer is willing to pay high-end price points more and more,” Grim said. “I see that in everything from guns and archery to tents.”

And while Crispi has a lot of potential in the U.S., Grim noted that the brand will need to step up its marketing in order to grow. “Word-of-mouth only takes you so far,” he said. “They do have one of the best products out on the market, but in the short term, you can’t grow a high-end boot company without massive advertising.”