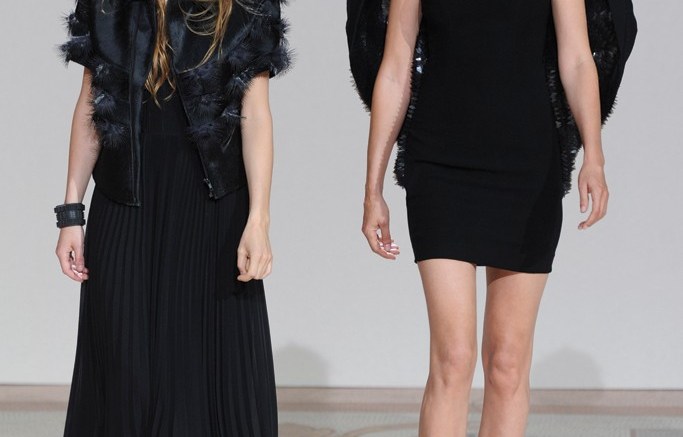 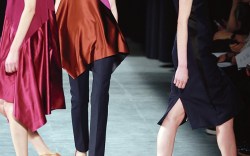 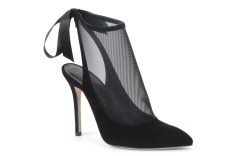 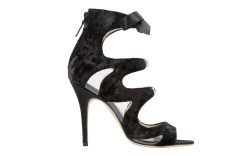 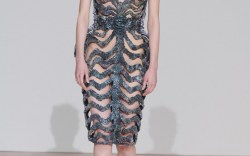 For many designers today, creating a footwear hit means striking a deft balance between making edgy looks that dazzle on the catwalk and styles that are wearable and accessible enough for a department-store selling floor.

While some designers are OK with that disparity — couture and the highest-end labels were never meant for the mass market — others’ success hinges on a how well they can do both. And as more brands straddle the line between luxury and contemporary, they feel the most pressure to grab industry attention at increasingly scrutinized, globalized Fashion Week shows while simultaneously offering shoes that appeal to the wider market. Sometimes that means making a few tweaks to the runway version before selling it in stores.

“You don’t want to alienate your customer by not allowing them to buy something they have seen on the runway,” said Carmen Marc Valvo, whose eponymous footwear collection, retailing from $445 to $695, debuted for fall ’13 via a licensing deal with H.H. Brown. “With the H.H. Brown team, we work out all the kinks and we end up with a beautiful product for the runway that hopefully is newsworthy but [can translate into] a similar look for the consumer to buy.”

Indeed, the stars align for both designer and vendor when a women’s style is easily adaptable.

“You really want to put something on the runway that is going to get noticed and stand out on its own, to be editorial and get press, but one that will also eventually be available to consumers,” said John David Robbins, H.H. Brown’s executive director of luxury brands, who also works with Valvo to modify his footwear for retail. “The worst thing is to have something — and we all get the calls — where a buyer says, ‘I want that shoe,’ and they send a picture of the runway, and [the vendor doesn’t] have that shoe available for retail.”

Valvo himself said he tries to avoid such problems by keeping the end consumer in mind from the beginning.

“Usually the shoe at retail will have the same DNA, but it’s a little bit more palatable and comfortable [than the version on the models],” he said. “For the runway, you sometimes elevate the height of the heel until it’s maybe ungodly for a normal person to walk in. [For example], you do a 110-millimeter [heel for runway], but in production you know it will come down to 90 millimeters.”

Other preplanned changes could include replacing intricate, expensive detailing with more mass-market elements. For instance, a hand-beaded sandal might hit stores in a printed leather version, Valvo noted.

Monique Lhuillier, who bowed footwear for spring ’13 in partnership with Ask Alice LLC, said she also tries make shoes that look somewhat practical even on the runway.

“I make an effort to stay true to what walks down the runway, so my customers have access to what they see,” she said of her booties, pumps and sandals, which feature such details as exotic skins, leather cutouts and clear vinyl, and retail for $595 to $1,195. “From the beginning of the design process, I have the final product in mind. What ends up in stores is very similar, if not exactly what is in the show. [However], I am very open to compromising with my retailers. If a buyer is looking for a style in a different material or colorway, I work with them to produce a shoe that is in line with my vision but that also fulfills the retailer’s requirements.”

The move from runway to retail has gotten easier as demand for more wearable footwear has increased, at least in the contemporary category. Now, streamlined constructions and toned-down embellishments often take center stage.

“If anything, the drama on the runway is really in styling these days,” said Savannah Todd, footwear expert at New York-based trend-forecasting firm Stylesight. “[What appears on the catwalk] is less of a spectacle, and the press appreciates wearability. A lot of the top designers actually go to market with the footwear styles you see the models wearing down the runway.”

But that shift poses its own set of challenges. “The footwear market seems a bit polarized at the moment,” said Derek Lam, who produces his two women’s shoe lines, Derek Lam and the diffusion offering 10 Crosby Derek Lam, through a licensing deal with Schwartz & Benjamin. “Some [buyers and consumers] are looking for purely runway shoes; others are looking for more accessible silhouettes and styling. Offering a balanced collection, with the excitement of newness, as well as an understanding of a client’s needs, is a challenge [that] must be met to be successful.”

Some brands find equilibrium by paring back. For example, BCBG Max Azria presents just two to three styles on the catwalk and expands the mix at retail.

“When you do a runway show, you have 10 minutes to showcase [the season’s looks], so you have to have a very focused message,” said Lubov Azria, chief creative officer of BCBG Max Azria Group, which develops footwear for its labels in partnership with Camuto Group. “When we present the line after runway, it is definitely a larger collection. We will have lower heels, higher heels and a balance of price points.”

Narciso Rodriguez also adds more styles when presenting the collection to buyers. “We do not compromise when it comes to taking runway styles to market,” said the designer, who reintroduced footwear, selling from $795 to $1,295, for fall ’13 after a five-year hiatus from the category. “We always offer the original style in the original [heel] height and material, as well as that style or a similar style in a lower height.” And the runway styles are always part of the mix for consumers, he noted.

Inevitably, though, sometimes a shoe is so intricate that it is impossible to take to market. United Nude co-founder and creative director Rem D. Koolhaas and Dutch couture designer Iris van Herpen sometimes offer their sculptural collaboration shoes to the public as limited-edition styles, retailing for about $1,000, but the wilder constructions can’t be replicated.

“We made these manual vacuum-casted shoes called Thorn [for fall ’12],” Koolhaas said. “They got a great response, but [the technical requirements were] just too costly and too complicated [to make it practical for the end user], so we had to skip it.”

Putting the shoe on the catwalk was ultimately worth it, though, Koolhaas said. “In the beginning, we aimed for a balance that would appeal at both runway and retail,” he noted. “But because we didn’t want to compromise, we decided we would go 100 percent for the show. When it comes to pieces for exposure … we would rather sacrifice [the possibility of making a shoe for wholesale in favor of keeping the design pure]. In the end, we show this and sell that, which is a compromise for [United Nude’s sales] strategy rather than the design.”

Like Koolhaas, most designers said they would not eliminate their more creative pieces from the runway despite the added challenges that it creates. Although Valvo’s constructions are usually wearable, he stands his ground on certain details. For example, several buyers at early market for fall ’13 expressed reservations about a suede-and-mesh open-toe bootie with a ribbon tie at the ankle.

“They thought the tie in the back might be difficult at retail,” Valvo said. His label kept it anyway. “Everyone picked it up, and it was the shoe that got the most editorial placement. That was exciting because I thought it might be a stretch. We always say the runway shoes are on steroids [as opposed to] the ones that end up at retail. A designer’s dream is to just go crazy and not worry about the commerciality of it or how it can be produced.”

For her part, Azria said that even over-the-top constructions have their place on certain sales floors, whether they fly off the shelves or not. “I see a lot of interest in novelty shoes — shoes that really stand out,” she added. “People might not buy it, but they will walk into the store [because of it]. They will end up buying a basic, but they have to be wowed first. The ‘wow’ shoes are very important, whether or not they sell. It’s so important to get women inspired.”