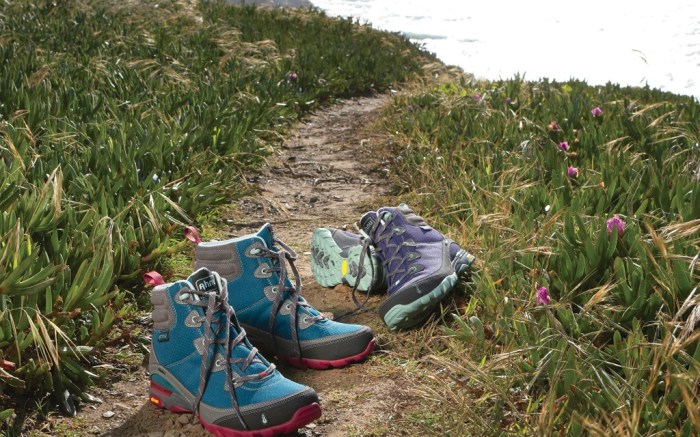 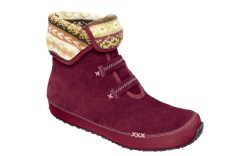 Coming on the heels of its best-performing year, Ahnu is looking to two new categories for growth in 2013.

Last year, the 6-year-old outdoor lifestyle brand saw sales rise 129 percent compared with the prior year and added 80 to 100 dealers. President and co-founder Jim Van Dine said the Richmond, Calif.-based label, part of Deckers Outdoor Corp. since 2009, plans to expand its yoga line and extend a focus on new lightweight trail options. The combined efforts should drive up sales at least 80 percent.

“[Ahnu] has certainly evolved, but our vision hasn’t really changed,” Van Dine said. “We’ve always viewed it as a brand that was going to interpret the outdoor space from a more feminine view and blur the lines between fashion and performance. And we’re executing against our strategy a little bit better.”

“It’s starting to hit its stride now,” said Len Sapiro, owner of Pegasus Footwear in Woodstock, N.Y. “Its focus is not only on function but on styling and colors, [which] we find very advantageous.”

Indeed, brand director and co-founder Jacqueline Van Dine, wife of Jim Van Dine, has concentrated on product for a consumer she calls the “Jackie of all trades,” a young mom who does yoga, runs and is active outdoors and in the city. “She’s the woman trying to do everything, every day,” she said.

To target that customer, this fall the brand will launch a collection of lightweight hikers. The Coastal Trail line seeks to build on the best-selling Montara boot, a waterproof women’s-specific leather hiker that debuted in 2010 and comes in a variety of fashion-forward colors. “It’s gained traction each season and is a perfect representation of what we were trying to do,” Jim Van Dine said. “It’s more fashionable and feminine; it performs for hiking, but can be worn on city streets.”

The Coastal Trail shoes follow Montara’s colorful example, but are sleeker and much lighter, said Jacqueline Van Dine. The styles are set to launch in July with a three-month exclusive at Seattle-based REI.

“What excited me [about the collection] is that it’s that next evolution: lighterweight, in great colors and fabrics, still waterproof with a fit like the Montara,” said REI women’s buyer Denise Friend. “It’s something a younger customer might like. It’s just so hard to find great women’s product that looks good, and they did a good job. As soon as I saw it, I said, ‘OK, you guys are on to something.’”

Dave Astobiza, president of Santa Rosa, Calif.-based Sole Desire, agreed: “[The collection is] much more fashionable and lightweight. Cute details with a lightweight [construction] is a really good market for [Ahnu].”

Yoga is also a key driver for the brand, said Jacqueline Van Dine. Even though the practice is generally performed barefoot, Ahnu saw a need for lightweight footwear that complemented apparel from labels such as Lululemon and Lolë, which consumers are known to wear in and out of the studio.

Ahnu introduced its first yoga-centric Escape collection in spring ’12 with two sandal styles, and for spring ’13 it added five more looks. The brand supported the line with ads targeted to the yoga market — its first campaign for national publications. Throughout 2012, the label also sponsored events and had a presence at yoga conferences and shows, all efforts that Jacqueline Van Dine said would continue through 2013.

And for spring ’14, Ahnu has partnered with Blake Brody, the founder of the In-Studio Footwear line for Pilates, yoga and barre classes, to create the Blake Brody for Ahnu collection, consisting of three vegan shoes designed for indoor use.

“We’re in the design stage right now, but there are some new technologies we’re working on with Deckers to create some beautiful performance styles,” Jacqueline Van Dine said. “We want to continue to build the uniform for yoga apparel.”

And so far, retailers are upbeat about the idea of yoga footwear from Ahnu.

“It’s no secret that if you can make a comfortable shoe that looks good, you can sell it,” said Pegasus’ Sapiro. “And [these looks] have a little more style than their competitors.”

“That Lululemon gal is out there asking, ‘What do I wear?’” said Ed Habre, president and CEO of Portland, Ore.-based The Shoe Mill. “We’re looking forward [to the line] being very successful.”

The Van Dines noted the 2013 offering should help Ahnu expand within outdoor shops, as well as casual and lifestyle independents.

“We’re not in danger of being overdistributed,” Jim Van Dine said. “There are plenty of quality accounts yet to open with us in our desired niche.”