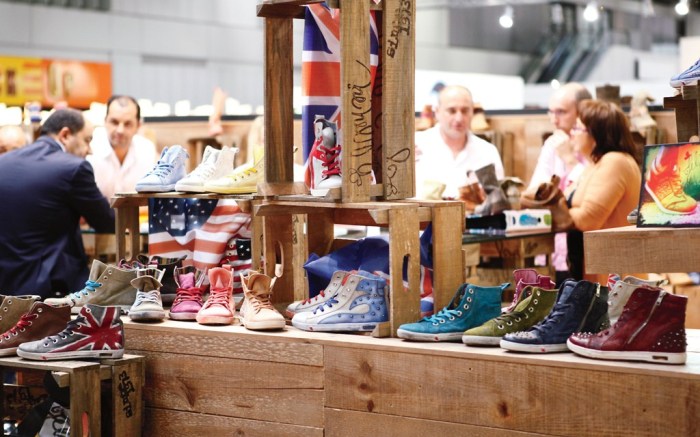 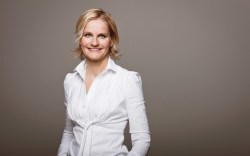 GDS is shaking things up.

During the German trade show’s upcoming edition, slated for Sept. 11-13 at the Düsseldorf Exhibition Centre, organizers will unveil a future concept that includes earlier dates.

“Next summer we will move forward the dates of GDS, and with that we will have a complete relaunch of the show to focus more on communication, [trend and product] information and brand staging,” said Kirsten Deutelmoser, the show’s director, noting that specific details will be revealed next week.

Deutelmoser noted the move follows ongoing discussions with industry members about the effectiveness of GDS’ timing in light of the changing dynamics in the business. “As it is now, GDS is held at the end of the season, but with the new concept, the show will take place at the beginning of the season. It will serve as a kickoff for the industry, a way for people to get an early overview of the season. Many of our retailers, especially our German retailers, finish up their orders in August, so it is not desirable for them to have a trade show in September. This will be a very positive change for GDS.”

Deutelmoser also expects the show’s repositioning to help boost Europe’s struggling shoe industry, which is facing severe economic pressures and weather woes that have dampened sales. “The footwear sector is experiencing great challenges at the moment. The mood of the industry heading into our upcoming show is definitely one of concern,” Deutelmoser said. “Early indications are that orders will be down compared with last year.”

In total, about 800 exhibitors will be featured at this month’s GDS, including newcomers Crisian & McCaffrey, Calou, Talbot Runhof, Gerry Weber and What’s More Alive Than You. Following a revamp in March, the Kidwalk children’s area will expand with a number of new brands, among them Stuart Weitzman, Michael Kors, Romagnoli Rondinella, Beppi and Conguitos. “We had a great response to the repositioning of Kidwalk, so we’re seeing some nice growth in this category of the show,” Deutelmoser said.

A number of special events are slated, including a runway show starring German actress and model Lisa Tomaschewsky, anniversary parties for German footwear brands Lloyd and Peter Kaiser, as well as a variety of educational seminars and trend presentations.

Although Deutelmoser noted it is difficult to predict how many retailers will turn out for the show, attendance is expected to remain steady at about 23,000 visitors. “In challenging times, it’s more important than ever for retailers to come to shows like GDS and see new things and get inspired,” she said. “They have to keep looking forward.”

“Catching Customers with the Net”
2 P.M., Wednesday, Sept. 11
Hall 7
Part of GDS’ Speakers’ Corner series, this seminar will focus on the Internet as a marketing channel. Marion Beckers, manager of the Academy at digital media firm AGOF, will present.