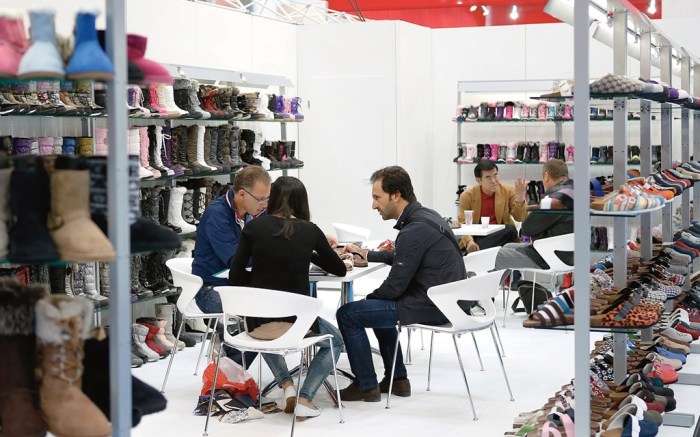 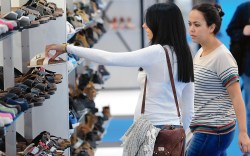 While the European economy continues its slow recovery, GDS is making the most of a challenging situation.

According to Kirstin Deutelmoser, director of the Düsseldorf, Germany-based trade show, brands with high recognition and value for the consumer are in demand, despite retailers’ less-than-optimistic outlooks.

“Consumers may not be able to afford a new car, but they’ll still need shoes,” Deutelmoser said. “Retailers are realistic, and they know they’ll need to buy something for next season.”

GDS’ last visitor survey found that 69 percent of buyers either placed or intended to place an order at the trade show, compared with 65 percent at the previous market.

For the fall ’13 edition of the event, taking place March 13-15 at the Düsseldorf Exhibition Centre, 840 vendors will exhibit. Of those participating, more than 100 brands are new to the show, including Michael Kors, Fila and M Missoni bags and shoes.

“The European economy is a little slow, but so far the mood among exhibitors is a bit more positive,” Deutelmoser said. “I hope they’re right.”

The director added that she also hopes adjustments to the event format will help facilitate business among visitors. With children’s shoes being one of the trade show’s growing categories, GDS will unveil a redesigned concept for its Kidwalk segment later this week.

“Everything [in Kidwalk] is very homogeneous with a lot of white and some basic colors,” Deutelmoser said of the updated 12,350-sq.-ft. space, which will host about 90 collections. “It benefits smaller brands that can’t afford a stand construction of their own because everything is similar.”

In collaboration with the Düsseldorf Accessories Total Emotions show, GDS also will spotlight a new 5,300-sq.-ft. section for other accessories such as hats, scarves and jewelry. “We’re working on small additions, which are good for the visitors and where we don’t have to open another hall or rearrange the entire show,” Deutelmoser said.

GDS’ Design Attack section, dedicated to 100 emerging designers and businesses, will return with a TV studio-themed environment, equipped with cameras, floodlights and monitors. Similar to prior markets, fashion shows also will be held throughout GDS.

“Fashion shows are very useful for the buyers to see the shoes and content of the apparel,” Deutelmoser said. “They can get a general feeling of trends and the hip labels.”

HDS Awards
2 P.M., Wednesday, March 13
Hall 2
The Federation of the German Shoe & Leather Goods Industry (HDS) will present the award for Shoe Woman of the Year, as well as German Shoe of the Year.

Classic, Comfort, Old Hat … Ways out of the comfort shoe trap
12:30 P.M., Thursday, March 14
Hall 7
The roundtable discussion about the comfort footwear market is a part of GDS’ speaker series.