Frye Turns Up the Heat in Anniversary Year 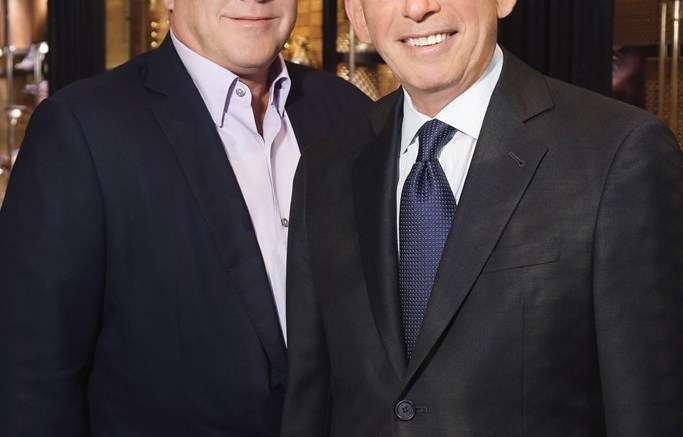 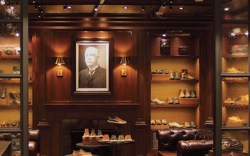 The Frye Co. is marking a major milestone year by pushing ahead on a number of fronts.

Retail growth and an evolving product mix are fueling momentum for the brand, which is the cornerstone of Jimlar Corp., a subsidiary of Hong-Kong based Li & Fung Ltd.

A flagship is scheduled to open this month in Washington, D.C., and another in Chicago by the end of the year, bringing its branded-door count up to four. “[For] 2013, we are well ahead of where we thought we would be in retail right now,” LF USA and LF Europe CEO Dow Famulak said of Frye’s existing New York and Boston flagships, noting that the brand also is turning in a solid performance with wholesale partners, which tally 2,000 points of sale in the U.S. market. “We are exceeding our aggressive expectations, [so] it’s safe to say we are very happy with the growth of Frye this year.”

While Li & Fung has had its challenges in the U.S. market of late — in August, it reported an overall drop in earnings for the first half — Famulak emphasized that Frye is still a robust part of the portfolio. “If you think about our footwear strategy, Frye remains the core of that strategy, and it probably  will for a long time,” Famulak said. “It’s a critical part of where we see our growth.”

At Nordstrom, the label is an “instant favorite” in customers’ closets, according to Scott Meden, the retailer’s EVP and GMM for shoes.

“Frye is an authentic heritage brand that does a great job of staying true to its DNA while still evolving and interpreting current trends that resonate with our customers,” Meden said. “The Frye team is collaborative, on top of our business and in constant communication with our team. Most importantly, they continue to create great product and take care of their brand.”

Courtney Barry, Shoebuy.com’s merchandising brand manager, was also upbeat about the label. “Frye’s ability to anticipate trends in the market and then elevate those styles with superior craftsmanship solidifies it as a premium brand in the footwear and handbag industries,” she said.

While maintaining a balance between up-to-date styling and heritage product remains a challenge, Jimlar President Larry Tarica said the label has homed in on that harmony over the past several seasons.

Enhancing its fast-growing men’s offering, spotlighting women’s styles that go beyond boots and revamping handbags and other accessories have been at the core of Frye’s evolution over the past few years, he added.

“We’ve done a lot of work on what the product classifications should be, and each time we do that — still trying to stay close to the roots — we’ve tried to make sure we touch on lifestyles that people want and need now,” Tarica said. “That’s giving us an opportunity to try new things and talk to people in new ways, and [customers] are liking it.”

Frye has a deep history from which to draw. The brand bowed in 1863 in Marlborough, Mass., where it became known for its leather workboots and later supplied footwear to the military. Frye’s offerings gained a fashion following during the 1960s and ’70s, but their popularity waned in the years after.

Jimlar purchased the brand and revived the product in 1998 with a keen eye to its heritage, Tarica and Famulak said.

“[Frye’s image] was untarnished, but the brand was dormant,” Tarica recalled. “The journey for us in the first few years was to understand how we were going to apply [traditional manufacturing] techniques to new products, talk to consumers in a new way and build [a stronger presence while] staying true to the brand.”

Flagships have helped to cement Frye’s modern image. The New York location, which opened in 2011, and the Boston store, which debuted earlier this year, both integrate pieces of the brand’s history.

Repurposed displays, such as a table made from scraps of leather collected at the original Frye factory, sit against visually rich backdrops, including rustic wooden cabinetry and old-time light fixtures.

Both the Boston and soon-to-open Washington, D.C., stores are housed in historical buildings as well. Tarica said retail has given Frye a leg up in the market. “Adding these environments, which are somewhat of a showroom for the label, gives people an opportunity to experience the brand,” he said. “It’s not just about the numbers, which have been very good. It’s also about how many people come in and having the opportunity to engage them.”

As a retailer, Frye also has been able to learn about shoppers and trends first-hand, including catching on to the rising importance of laid-back looks. “Lifestyles have become more casually accessorized,” Tarica said. “We don’t think it’s a fad. It’s going to continue to get larger and larger, and since we are a casual leather-goods house, that is going to help us.”

Tarica also credited Li & Fung — and its strategy of planning in three-year increments — with helping to take Frye to the next level. (Li & Fung acquired Jimlar in 2010.)

“Li & Fung has been wonderful for Jimlar, both in broader terms and for Frye specifically,” he said. “It exposed us to the three-year planning process, which is unique and transformational [and] has provided the opportunity to move the company, not only in [terms of] large growth but in the strategic direction we want to go in.”

Famulak noted the companies were a good match, given their rich histories. “Frye and Li & Fung have a lot of the same values,” he said. “Li & Fung is almost 110 years old, and really what we’ve done for three generations of the Fung family is stuck to what we are good at.”

While the firms are in the process of completing their current plan and won’t have strategies in place for 2014 and beyond until later this year, Tarica said Frye’s near future could hold additional flagships, a bigger online presence and international expansion into places such as Central and South America, and the Middle East.

“Frye has been under-represented in a number of international markets,” he added. “The more visitors we have come into our clients’ stores and our [own] stores, the more we realize that the brand is going to resonate beyond the borders of North America. We think this brand should resonate everywhere. It’s only a question of applying the appropriate resources and doing it properly.”

As Frye continues to move ahead, it has been prepping a book in celebration of its anniversary. “The Boots That Made History,” a collaboration with Rizzoli New York, is set to hit shelves next month. “We’ve always felt that if you have a good story, people want to hear it,” Tarica said.

Frye boutiques will host several book-launch and anniversary events over the next few months, including a “Return to Our Roots” party in Boston featuring musician Amber Skye, a descendant of Frye founder John Frye.