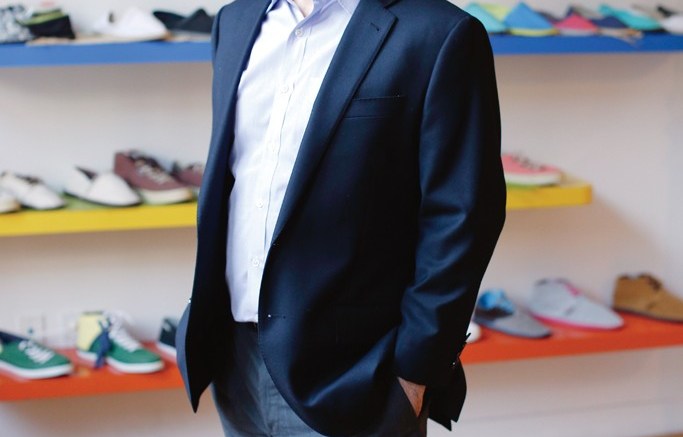 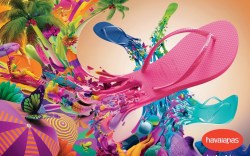 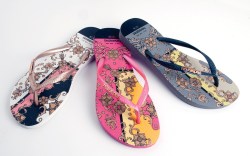 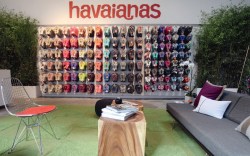 Havaianas is making serious waves in the stateside market.

The Saõ Paulo-based flip-flop label is forging ahead with a significant expansion initiative that includes a bigger product line, high-profile store openings and a major marketing campaign.

“Until 10 years ago, we were very much a Brazilian brand. We have a huge market share in the country,” said U.S. President Marcio Moura, who joined Havaianas in 2007 as CFO before taking over the top U.S. role last October.

In recent years, however, the focus has changed: “The U.S. is one of the most [important] and competitive markets in the world, and we’re [finding] good positioning in the market,” said Moura, who replaced former division head Afonso Sugiyama.

As leader of the U.S. group, Moura works closely with Carla Schmitzberger, director of the sandals division at Brazilian parent company Alpargatas, which has made the American market a priority.

“We have had solid growth, and our sell-throughs are increasing,” Schmitzberger said. “It is important to have a team with solid experience, and so far we’re very happy with the way things are progressing.”

On the retail front, the brand operates 288 stores in Brazil and 93 in Europe — about 90 percent of which are franchised.

In 2014, it will open units on Miami’s Lincoln Road and in Las Vegas. And to prep for eventual expansion into New York, the label debuted a summer pop-up shop in the city’s Meatpacking District. (Havaianas already operates a store in Huntington Beach, Calif.)

For wholesale, the brand credits Macy’s, Zappos.com, Nordstrom, Bloomingdale’s and Lord & Taylor as some of its largest U.S. accounts.

Macy’s launched the line in 200 stores in 2011 and has a large selection of Havaianas in its flagship Herald Square store.“We are so pleased with the results. The color and patterns inspired by the Brazilian culture create liveliness and add excitement to our floors in Herald Square and across the country,” said Tracy Peck, group VP and DMM of women’s shoes at Macy’s. “They partner with us to create exclusive product to differentiate our assortments from our competitors.”

Zappos also was upbeat about the performance of the collection.

“The brand comes out with fun patterns and colors that speak to men, women and children of all ages,” said buyer Myra Taylor. “It sells year-round because it’s always hot somewhere.”

To raise its profile further, Havaianas is working to expand beyond flip-flops. It is adding to its espadrille and sneaker collections, and introducing new categories such as apparel.

The brand also will move forward with a more targeted marketing strategy to put the spotlight on the product (rather than models) in its campaigns. Additionally, it plans to pursue a more digital approach.

“Our challenge now is to expand the online channel,” Moura said. “We will shift part of our [marketing] dollars from print media to digital.”

Here, the executive weighs in on the challenges that come with U.S. expansion and branching out from flip-flops.

How are you approaching growth in the U.S. market?
MM: It has been about expanding distribution selectively. Despite the fact that the brand is very desirable, a lot of people are not finding it. It became clear that the market was too narrow. We noted that we had a lot of opportunity to grow the channel and we have been doing that since.

Will retail play a large part in the U.S. efforts?
MM: For many reasons, we feel that retail is very important. If you put a store in a high-traffic location, that by itself generates awareness. We will start with the big metropolitan areas and plan to open a store in Los Angeles and New York [in the next few years]. We are planning to open close to [100] stores in the U.S.

What is your stateside marketing strategy?
MM: This year, we decided to expand our reach. We were too niche and we were focused on a really small core group of people. We decided to go back to our roots and go back to straight product with the “Brazil & Slim” campaign. [When we featured models], it was not clear that the ads were about flip-flops. This year our campaign is much broader, and we’re advertising in more magazines that have a broader reach to drive brand awareness.

How does the U.S. consumer differ from your international customer?
MM: Havaianas globally is very strong in both genders. In the U.S., we are more geared toward women: About 80 percent of our customers are female. But we want to make sure we gain market share [in both genders], so we are working more on leather-based and sports-related products. We are going to start adding new styles, shapes and colors to penetrate men’s.

Are you expanding your production capabilities to support growth?
MM: We just opened a new factory in Brazil that’s going to add significant capacity to our production. That is going to help us launch new styles and be able to fulfill the needs of the markets. Our capacity will expand by 50 percent.

Collaborations also are important to the brand. What impact do they have?
MM: Once you partner with a designer or a fashion house, it brings credibility. We have a huge number of loyal customers who are just waiting for the opportunity to buy a special edition. We have partnered with Missoni and Michael Bastian in the past, names that are fashionable and stylish. We also have an ongoing partnership with Disney and [other entertainment properties]. Next year we will launch “Where’s Waldo” product [in honor of the book series].

As a core flip-flop brand, what are some of the challenges you face?
MM: Seasonality is a challenge for the category — there is no way around that. We don’t have the whole year, maybe just eight to nine months. That’s where our brand extension is going to play a key role. We chose brand extension as a way to mitigate seasonality.

What categories are you looking to introduce?
MM: There is a lot of potential to position Havaianas as a lifestyle brand as opposed to just a flip-flop player. We have a little collection of sneakers and espadrilles, but that is just the start. The plan is to go into new categories as well, like apparel and swimwear.

Where do you see the brand in five years?
MM: Our growth is accelerating. For the next five years, we want 25 percent [sales growth] a year. Last year, globally, Havaianas sold about 200 million pairs of flip-flops. In the U.S., we want to triple our market share within the next five years. We feel there is room for that.