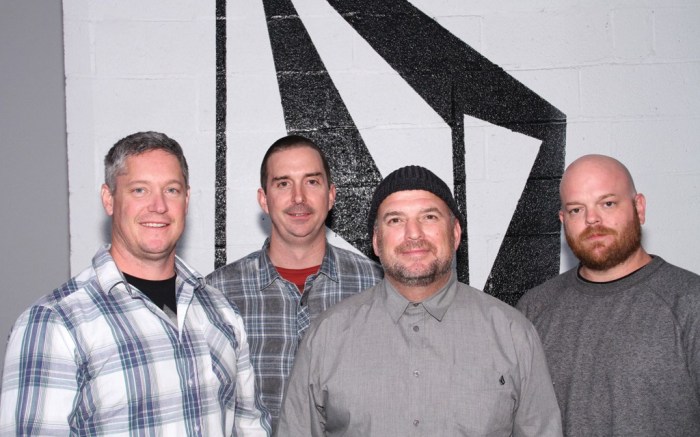 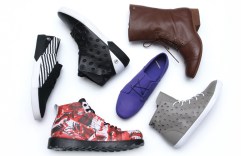 After 22 years, Volcom is ready to take on footwear.

The Costa Mesa, Calif.-based action-sports brand, known for its youth-culture streetwear, has made sandals for years, but this fall the company will deliver its first full collection of closed-toe slip-ons, sneakers and boots for both men and women.

Producing a footwear line was part of an early conversation about Volcom’s growth, conducted shortly after French luxury conglomerate PPR acquired it in May 2011, said Jason Graham, senior director of accessories, footwear manufacture and design. “Thirteen months ago, we weren’t doing shoes,” he said. “[PPR] gave us the confidence to do this.”

The complete line, which will deliver in July, consists of five styles in leather and canvas for women and six for men. Women’s options include slip-ons, flats and sneakers, while the men’s offering is made up of midcut and low sneakers, as well as slip-ons. Additionally, a premium boot offering, including mid-calf styles for women and utility looks for men, will also deliver in July. Prices range from $45 for the simple canvas slip-ons to $140 for boots. The cold-press molded insoles inspired by the brand’s Recliner sandal also appear in the men’s line.

And on shoes for both genders, some outsoles feature a distinctive allover pattern of the brand’s diamond-shaped “stone” logo.

The footwear, like Volcom’s apparel, is aimed at teen and young-adult consumers who are active surfers and skateboarders. Graham said, “We wanted to make shoes for every component of the lifestyle our consumer is leading.”

The Buzz
In July, Volcom shoes will debut in the brand’s own shops as well as 100-plus surf and street accounts including Zappos.com, Zumiez, Irvine, Calif.-based Tilly’s, Cocoa Beach, Fla.-based Ron Jon Surf Shop and Laguna Surf Sport in Laguna Beach, Calif. “They pretty much nailed it. [The shoes] are clean and simple and that can work for a broad age range,” said Jason Watson, store manager and buyer at Laguna Surf Sport. “We were impressed — they hit it all.”

The Inspiration
The team looked to Volcom’s clothing line when designing the shoes, focusing on the asymmetry of both the pattern and cut. “It’s a slanted look on things,” Graham said. “We always love the asymmetrical details.”

The Design Team
Jason Graham (pictured second from left with the Volcom team) heads up footwear. Graham has been at Volcom since 2000, working on accessory design, and added footwear to the mix almost six years ago.