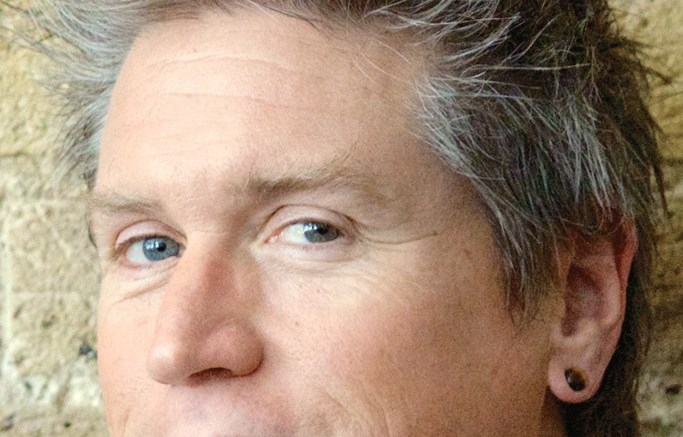 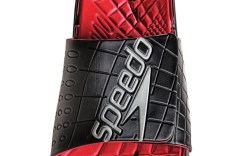 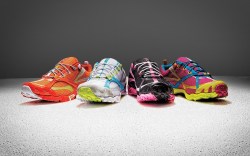 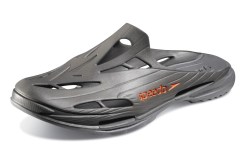 Speedo will make a big push into performance water footwear for spring ’14.

Citing growing interest in water classes like Aqua Zumba and Boot Camp H2O and a flourishing triathlon market, the brand best known for its swimsuits will completely replace its aqua sock-dominated line. The initiative features 55 footwear SKUs for men, women and children, including flip-flops, water sandals and performance running and triathlon shoes. (Los Angeles-based Speedo USA oversees global footwear and is a division of PVH, which has a perpetual license from Speedo International’s parent company, Pentland Group Plc.)

“In the fitness space, people are being much more promiscuous — switching it up with boot camps, training, Zumba, spinning. And people are working aquatic activities into their programs,” said Barry McGeough, VP of hardgoods at Speedo USA.

The new footwear line, retailing for $20 to $115, will target three main consumer groups: the performance customer who’s training in a competitive environment, including school swim teams; the recreational customer who wants shoes to wear poolside or at the beach; and the fitness customer. “We make products for all three, but certainly we’re most excited about the fitness space,” McGeough said.

To target these three customers, Speedo will arrange its footwear according to style, offering injection-molded clogs and slides; sandals, including the fashion-influenced Exsqueeze Me collection; and three lightweight, closed-toe shoes with full drainage, quick-drying materials and dual-injected construction. The performance shoes command the line’s highest price points, at $115 to $175, and will soft-launch for spring, with a full rollout for fall ’14.

All styles, McGeough said, will tap into Speedo’s heritage. “We’re an aquatic athletic brand,” he said, “so the sensibility is athletic comfort and color.”

The Inspiration
The footwear line had to fit with Speedo’s swimsuits, caps and accessories, and as a result, an exciting look took top priority. “The revelation for us was being able to communicate a sense of aquatic motion,” McGeough said.

The Buzz
The Speedo footwear line has been picked up by chains including Dick’s Sporting Goods and The Sports Authority, as well as such regional retailers as Modell’s and swim-team dealers. The brand also will look to expand into national surf shops like Tilly’s and Zumiez.