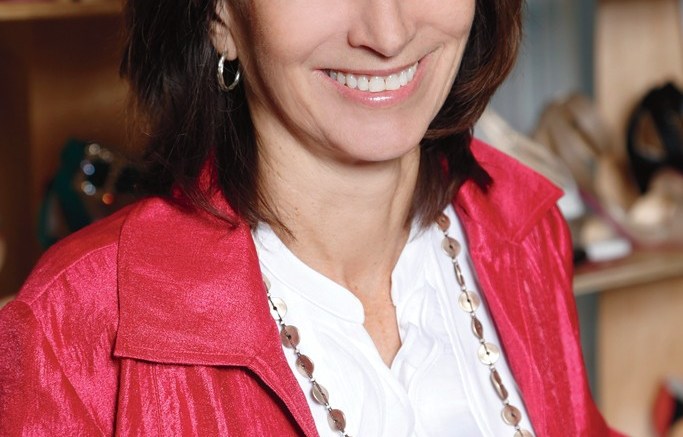 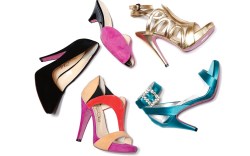 Joan Oloff may be a foot and ankle surgeon who’s seen the worst that high heels can do to a woman, but she’s also practical.

“Well-intentioned foot doctors like me will tell women they have to wear more-sensible shoes, and you can just tell by the look in their eyes they would choose to suffer rather than sacrifice the fashion [of high heels],” said Oloff. “That was my epiphany. I could help so many more women if I re-engineered the shoe rather than try to lecture [my patients].”

With that prescription in mind, the doctor decided to bow her own line of footwear, and she doesn’t shy away from high heels. She’s developed her own patent-pending technology, starting with a special last with a deeper and wider toe box and an insole featuring 3 millimeters of a new memory foam for shock absorption and longevity. On top of that, Oloff added a 5-millimeter pad that lifts the metatarsal of the foot, alleviating pressure.

The line, made in Italy, was created in collaboration with Alessandro Vasini, a designer with more than 20 years of experience.

At first, Vasini said, he wasn’t convinced that fashion and comfort could converge. “It’s a long process. We will have to improve every time,” he said. “But I’ve started to believe it’s possible to have comfort in fashion. She made me a believer. The contrast was actually the purpose. She’s learning more about fashion, and I’m learning more about comfort.”

The fall ’14 collection will feature some boots, as well as additional heel silhouettes. Going forward, Oloff said, her goal is to make a name for herself in comfort footwear.

“I hope we can become game changers in how shoes are created in the future,” said Oloff, noting her looks are not medical. “Things get better when you keep trying to push the envelope.”

The Designer
Dr. Joan Oloff grew up in her father’s shoe store on Long Island in New York and attended medical school at Temple University. She now operates her own medical practice in Los Gatos, Calif.

The Buzz
The Joan Oloff shoe brand debuted at FFANY and is still confirming retail accounts for its debut season. The line will next show at FN Platform in Las Vegas, Aug. 19-21.

The Inspiration
“I’m the antithesis of an arrogant designer who would tell women they have to suffer to look good. But what happens is you wear a beautiful shoe, are driven to the ball, sit all night long and are driven home,” Oloff said. “I want to build a shoe [that allows] women to dance all night long.”