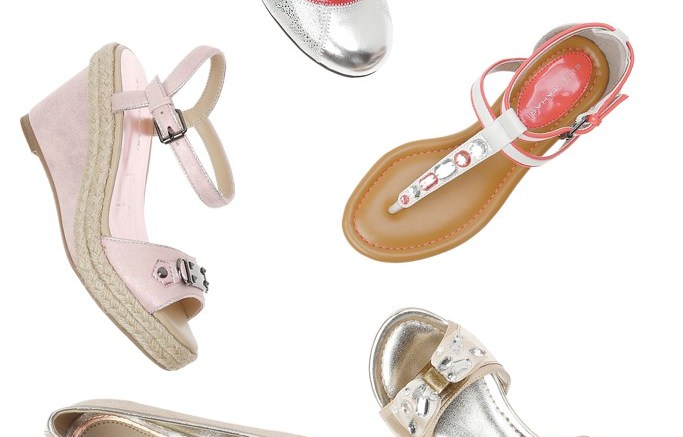 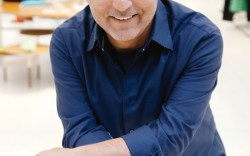 Elie Tahari expands his empire with a move into the kids’ market this spring.

“We’re starting with footwear as the foundation, and then we’ll expand from there and create a full offering of children’s products. Obviously, I am most known for apparel, but footwear has become a key category for my brand,” said Tahari, who produces three women’s shoe collections with licensee Highline United.

A father of two young children, Tahari said he approached the new line from the point of view of both designer and parent. “I go shopping a lot with my kids, and as a dad, I look for shoes that fit well, that are comfortable and, most importantly, healthy for kids’ growing feet.”

The collection includes sandals, wedges, ballet flats, mocs and sneakers for girls and boys. Priced from $35 to $80, it incorporates key details found in Tahari’s ready-to-wear pieces, such as exposed zippers and leather trims.

“Elie has a very clean look. His designs are simple and wearable,” said Evan Cagner, president of Synclaire, which has become a go-to partner for designers launching kids’ shoes, among them Michael Kors, Stuart Weitzman, Isaac Mizrahi and Tommy Hilfiger.

Cagner said the Elie Tahari line presents an opportunity to capture an even higher tier of distribution than Synclaire’s other designer brands. “Elie Tahari is at the very top in terms of distribution and placement. The brand has a big business in very high-end stores such as Bergdorf Goodman and Neiman Marcus,” he explained. “So there is another potential level of distribution that we can build with the Elie Tahari name that will cater to that ultra-luxury customer.” To that end, a small, higher-priced capsule collection will retail for $80 to $175.

With children’s clothing next in his plans, Tahari is bullish about his brand’s expansion into the kids’ market. “I love children’s fashion; it’s definitely a real growth opportunity for me,” he said. “Now that my own kids are at the age where they are paying attention to fashion and interested in what I do as a designer, it makes it even more exciting.”

The Designer
Elie Tahari has become a global fashion force, with annual wholesale sales of more than $500 million. The Israeli-born designer, who also co-founded Theory, oversees both women’s and men’s apparel and an accessories collection. His designs have been worn by Emmy Rossum, Jill Biden and Kelly Ripa.

The Inspiration
“My kids, [a 9-year-old daughter and 12-year-old son], give me a lot of ideas and input,” Tahari said, adding that his daughter Zoe’s interest in neon duct tape for craft projects inspired him to add neon trim to a recent ready-to-wear collection. “It immediately made the clothes look younger and fresher. So it all starts with the kids.”

The Buzz
The collection will be unveiled to buyers at this week’s FN Platform show in Las Vegas. Retail distribution will focus on higher-end department stores and boutiques.