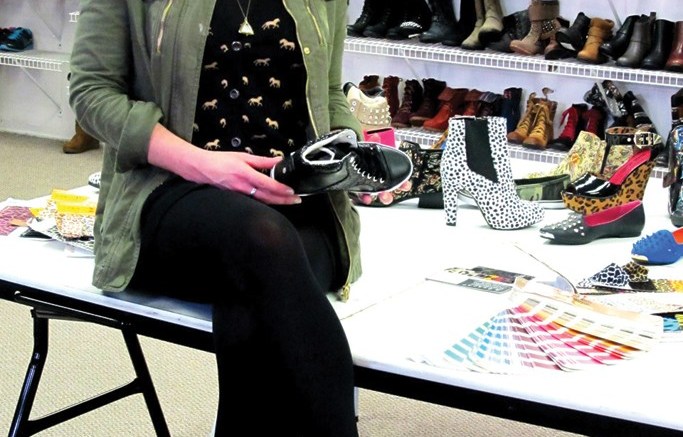 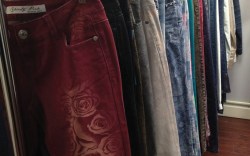 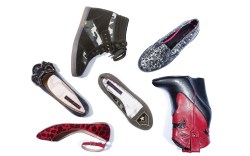 Already known for its colorful denim, Celebrity Pink will add a footwear line for fall ’13.

The brand has selected new company Alpine Footwear Group LLC as the shoe licensee in charge of distribution, manufacturing and design. Alpine was founded last November by David Stamberg in partnership with Jon and Bob Cook of Englewood, N.J.-based distribution firm CP International.

The youthful Celebrity Pink collection of 20 styles ranges in price from $45 to $85 and is made in China. Designer Susie Bergquist incorporated mixed materials and prints including plaid and leopard, as well as stud and zipper details on a variety of flats, booties and wedges.

“I wanted to focus on trend-right things that were important across the entire category and that appeal to the mass market but put a twist on them,” said Bergquist. “We gave [the styles] extra details to appeal to the younger, confident, juniors’ consumer. And everything has a little bit of an edge to it.”

For Stamberg, who has held sales and merchandising posts at Kenneth Cole, Marc Fisher and most recently DKNY, the juniors’ market offered a new challenge.

“The market moves faster than any other I’ve been in,” he said. “There is so much excitement around [the category] — it’s a price-driven product.”

To support her work and keep the prices down, Bergquist plans to hit the road often to seek out new trends and low-cost materials. “I’ll definitely be traveling to Europe to see what’s going on in the materials markets. The price points are our big advantage,” she said.

As a new company, Alpine is seeking other business ventures. But first, it will roll out slippers for Celebrity Pink, which is owned by 2253 Apparel Inc. And the company also is gearing up for its next season. “We’re really looking forward to spring [’14]. We can infuse a tremendous amount of color,” said Stamberg.

The Inspiration
Cohesion was the name of the game when the design team at Alpine set out to create a footwear line for Celebrity Pink Jeans, which started as a juniors’ brand in 2004. To accomplish their goal, Alpine used embellishments and details on the shoes that also appear on the denim.

The Designer
Susie Bergquist graduated from Marist College in Poughkeepsie, N.Y., with a degree in graphic design. She started with distribution firm CPI in 2006 before joining the design team at Alpine.

The Buzz
The brand is targeting department stores already carrying the denim, including Macy’s, Belk and Dillard’s.