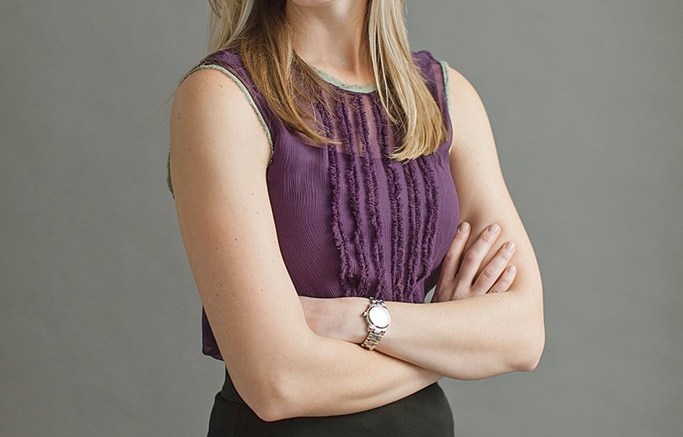 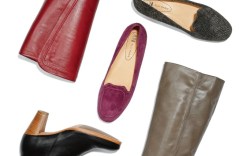 She comes from a footwear family — the owners of Red Wing Shoe Co. — but now Allison Gettings is ready to go solo.

“I’m standing on my own two feet, and it’s very real, terrifying and exciting,” said the newly minted entrepreneur, adding that her family’s firm inspired the endeavor. “I saw what Red Wing had done for men’s and the success of the heritage brand, but I didn’t see [similar product] in the marketplace for women. I wanted to do it [independently] because it was about finding myself and having the flexibility to explore and put my own vision out into the world.”

Her designs, which for fall include streamlined leather flats, boots and booties in a variety of hues and prints, are made in Portugal and retail from $280 to $550.

Jumping into women’s footwear and striking out on her own has been a learning experience for Gettings, despite the foundation she built at Red Wing, where she did everything from product development to inventory analysis. “The big challenge has been raising awareness about [Alli Marie] and really selling it,” she said. “I’ve done development and brand strategy before, which was really fun and safe, but having the courage to put myself out there in sales is hard because I’m naturally introverted.”

Gettings faced that hurdle head-on last month, when she and her husband took a road trip from Minnesota to California to land retail accounts for the label, which is targeting independents. “It was a lot of cold-calling and just knocking on doors,” Gettings recalled. “I put three or four styles in a bag and just went into stores.”

Gettings’ family has been supportive of the launch. “I was so afraid to tell my dad I wanted to do it,” she added, “but when I did, he just asked how he could help. Red Wing is always a part of me, and I imagine someday I’ll end up back there, but for now, it’s important to find my own voice outside the company and become stronger as an individual.”

The Designer
Allison Gettings graduated from St. Olaf College with a degree in psychology before joining her family’s company, Red Wing Shoes. A fourth-generation footwear insider, Gettings developed casual and outdoor performance offerings as well as customer experience strategies, and oversaw inventory analysis and visual merchandising for 450 stores in the brand’s western region.

The Buzz
“I love the entire collection,” said Dana Harmon, owner of Bardot boutique in Newport Beach, Calif., noting that her store will carry Alli Marie flats and booties. “They are classic looking, but they have a little bit of an edge, and I like that she combined them with really wearable, comfortable constructions.”

The Inspiration
“I’ve traveled around the world wanting to look polished but be able to walk for miles on end and still feel comfortable at the end of the day,” Gettings said. “These aren’t crazy-fashionable styles, and I’m not trying to push the envelope. I’m creating something for the woman who loves fashion, but who may not be ready to wear 5-inch heels or really shake things up with her wardrobe.”