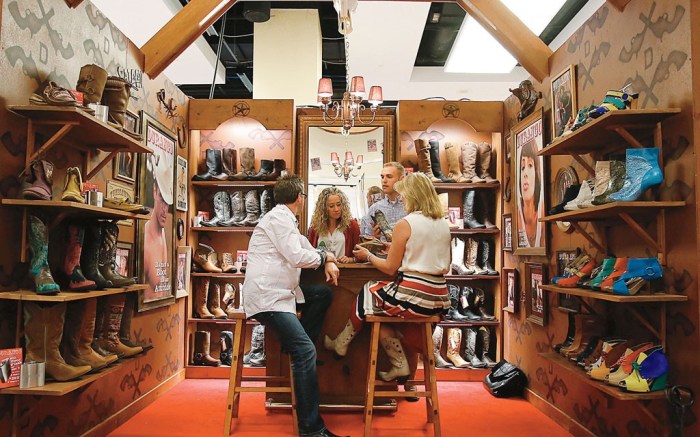 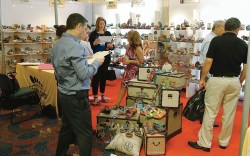 Another busy year is nearing its close for FFANY. The trade show reported that attendance grew year-over-year in 2013, and the organization celebrated the 20th anniversary of breast cancer fundraiser QVC Presents “FFANY Shoes on Sale.” Next week, the latest edition of the show will preview fall ’14 product in New York from Dec. 4-6, in brand showrooms and again at the New York Hilton hotel.

For his part, FFANY President and CEO Joe Moore said he is optimistic about the new year despite poor weather and tough economic conditions.

“The shoe business has been tougher [lately] than some people want to admit. It’s not bad, but it’s still not great,” said Moore. “People still are challenged to be better buyers and merchants. I’m positive though, but it’s just a lot of work out there today.”

For the December edition, 300 exhibitors and showrooms will participate, with 60 new companies and brands joining the event, including Alli Marie, CCILU and showrooms for Isa Tapia, Maxstudio.com and Ivanka Trump Kids.

Going into the new season, retailers told Footwear News they plan to continue shopping for spring product next month.

“It’s still really early for me to know [what I want for fall],” said Michael Kerstein, owner of Simons Shoes in Brookline, Mass. “I’m going to find what’s next in style but also [see] who can execute [it best]. I would love to find the right athletic-lifestyle shoe for men.”

Abe Rogowsky, owner of New York-based The Shoe Parlor, also said December is a bit soon for ordering fall styles. “You can get your basics now, but it’s impossible to predict the [trends] six months in advance,” he said, adding that he is prepared for spending to remain sluggish due to the large number of people who are still out of work and who are feeling insecure about the economy.

Aside from offering retail buying opportunities, FFANY also will announce an expanded version of its educational program with Ars Sutoria at the show. The Milan-based school, which began partnering with FFANY in 2011 to provide classes in shoe craft and production over five days during June and October, will now have a digital component to allow for additional students.

“It’s been a couple of years in the making, but we’re launching the online school at the show,” said Moore. “The digital classes have a much broader possibility, especially for young designers.

“Our goal is to help people improve their skills in the shoe business,” he added. “We’re excited about the digital component because it allows people to take advantage of the classes on their own time and to take the initiative to get new skills for the industry. This is something we want to continue to build on.”