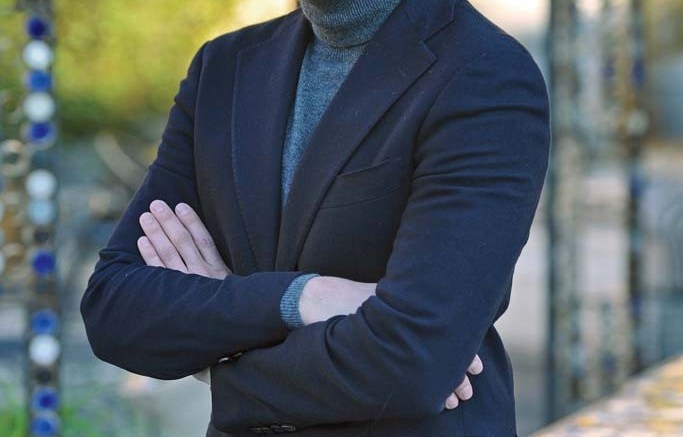 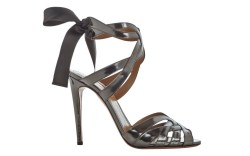 Aquazzura is making a splash in the women’s market.

The name, which means “blue water” and is meant to evoke a glamorous lifestyle, has translated into a buzzworthy new brand. Since it launched two years ago, the Florence, Italy-based label has established a strong presence at major retailers in 35 countries. And young tastemakers such as Solange Knowles, Olivia Palermo and Jessica Chastain have stepped out in the heels, flats and booties.

“It has been kind of a whirlwind,” said Aquazzura founder and designer Edgardo Osorio, 28, of the label’s upward trajectory, noting that overall sales have about tripled for the label each season. “It has been an incredible amount of work and sacrifice, but I’m happy and very much looking forward to [the future]. It’s always about pushing forward.”

The label will open its first flagship store next year (the location is still to be announced). Aquazzura also will explore collaborations for the first time in fall ’14, as well as take on new silhouettes including boots and sneakers. A capsule evening collection will debut at the Cannes International Film Festival in 2014. And in the near future, plans call for for handbags and other accessories.

“We are expanding the collection into a lot of other categories so we can cover the Aquazzura woman’s every need, from casual to elegant,” Osorio said. “Each season, it becomes more clear where we are, where we stand, how people see us and what we want to show to the world.”

Saks Fifth Avenue’s senior fashion director of accessories, Elizabeth Kanfer, has seen Aquazzura’s evolution firsthand. The store was one of the first big names to carry the line. “We were excited by Aquazzura from the start for several reasons,” Kanfer said. “We were immediately drawn to the aesthetic, quality and prices. It was exciting to see such a highly developed first collection.”

Aquazzura has honed its aesthetic and messaging significantly — with the help of Kanfer and others — moving from a mid-tier brand with a price range of $250 to $495, to the luxury arena. The label now is known for its vibrant leathers and creative use of exotic skins, with price points from $495 to $2,595. And the top-tier retail list goes on: Bergdorf Goodman, Neiman Marcus, Barneys New York, Harvey Nichols, Harrods and Level Shoe District all carry the label, as do a variety of upscale boutiques and trend-focused e-tailers.

Signature looks now include the Amazon, an ankle-wrap sandal, and the Sexy Thing bootie, an open-toe heel that ties at the ankle.

Shopbop.com accessories DMM Stephanie Nelson said the Sexy Thing style, which starts at $495 and carries on throughout the seasons in different incarnations, has become a wardrobe necessity. And, she added, Aquazzura’s versatility and wearable shapes have resonated with Shopbop customers. “Not only do [the shoes] exude great style, but they provide comfort as well,” Nelson said.

Colombian-born Osorio attributes his flair for footwear design to an upbringing that included many strong female influences. “My mother had four sisters and they were always crazy about shoes,” he said. “We would go shoe shopping [together]. Since then, I have always surrounded myself with beautiful women who love shoes and constantly give me feedback.”

The designer attended the Polimoda International Institute of Fashion Design & Marketing in Florence, Italy, as well as London College of Fashion and Central Saint Martins, before working for a variety of footwear names. He followed gigs at Salvatore Ferragamo, Sigerson Morrison and René Caovilla with a position at Roberto Cavalli, where he became head of footwear design at 23. After 10 years of experience in the industry , he struck out on his own in 2011.

Today, everyday women provide the main inspiration for Aquazzura, and Osorio uses social media to keep current. “I kind of see my customers every day,” he said. “They send me pictures [of themselves in Aquazzura styles], and we have conversations.”

The brand also has forged strong bonds with other up-and-comers, including fellow Emerging Talent winners Louis Leeman and Erica Pelosini. The men’s label co-founders and designers launched their brand around the same time that Osorio bowed Aquazzura. “We all went to school together [in Florence],” Pelosini said. “We were so close in Florence, and we experienced everything together. Now we holiday together and go sailing. We call it the office boat.”

But even when not having fun with friends, Osorio said he feels like he’s on vacation. “It’s an eternal holiday, even though I work every weekend,” he said. “It’s a great privilege — success or not — just to be doing what I love to do.”