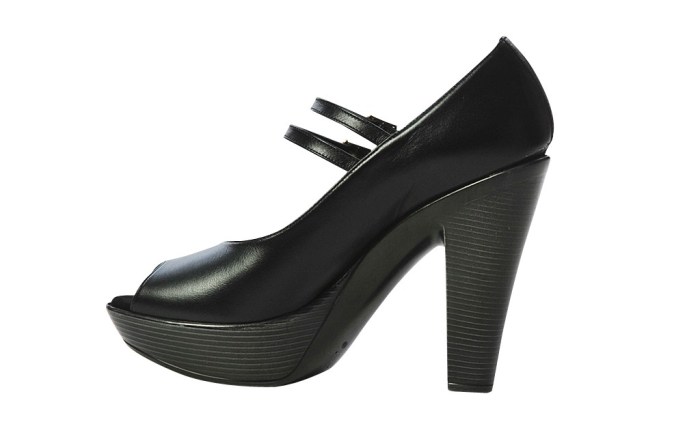 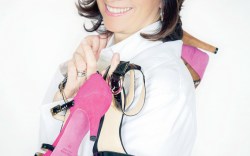 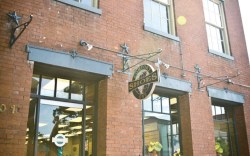 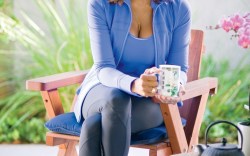 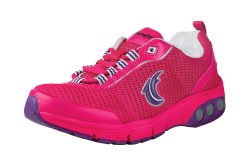 A growing number of doctors and podiatrists think they have the right prescription for the comfort market.

After hearing scores of patients bemoan a lack of comfortable, attractive footwear, many of these medical professionals see a chance to meld their expertise with opportunity. Among the newcomers are brands Joan Oloff Shoes, 34 Minutes and Therafit by Dr. Lisa Masterson, featuring either patented or patent-pending technologies.

In their favor, the comfort segment is shining brightly these days. Sales of women’s comfort shoes rose 3 percent, to $1.35 billion for the year ended in June, according to The NPD Group Inc. That compares with a 3 percent decline in total sales of women’s footwear — tallying $10.1 billion — for the same period.

But are doctor-backed lines just what the consumer ordered?

Successfully launching a new shoe label is a major feat even for established industry veterans, let alone podiatrists. “There are a great number of challenges involved, from finding the right components to [securing a] factory to setting the right price,” said Deborah Widger, a former footwear buyer for 10 years and president of Retail Gal Consulting in New York. “Unless they partner with a company or someone with experience, [new brands] have limited success, and even then, it can be tough. If Nike could’t get Cole Haan pumps off the ground as one of the hottest women’s shoes, then how can others?”

Added Maurice Breton, president and founder of Comfort One Shoes, a chain of 21 stores based in Manassas, Va., “[Launching] a new brand is not for the faint of heart. It seems like an easy thing to do, but few can do it successfully, and it requires a lot of resources, talent and money.”

Orthopedic surgeon-turned-shoe designer Taryn Rose, who recently put on a new hat as the spokesperson for Taos Footwear, remembers the toll her shoe line took on her over the years. Sales peaked at $40 million in 2007, and as the company grew, so did its challenges. Rose resigned in 2008. When Schottenstein Luxury Group took over in 2010, she returned to the brand — and then left a year later.

“[If I went back in time], I would do it, but differently,” she said. “I’d get a bigger and more experienced team. At one point, I was wearing every single hat, and it was too much.”

Newcomers may want to heed her advice. One line that’s gaining traction is Joan Oloff Shoes, based in Los Gatos, Calif., which launched at FFANY in June. A podiatrist following on the heels of her father and grandfather, who were in the shoe business, Oloff started her footwear line with 20 styles, including heels with rhinestone buckles, strappy platforms in snake prints and open-toed pumps with up to 4 ½ inch heels offset by platforms. An additional 12 styles will debut at FN Platform, with wholesale prices of $125 to $225.

While comfort shoes abound, from Naturalizer to Born, Oloff’s goal was to fill what she perceived as a void in the market: stylish looks that are less destructive to the feet.

“The challenge is to re-engineer the shoe so it feels comfortable, but looks like a high-fashion product,” Oloff said. “The lines need to be more delicate.”

To do that, she has changed the footwear last to provide more width and depth in the toe box, lining the insoles with a shock-absorbing material and adding hand-carved pads for better arch support and to off-load pressure from the metatarsal bones.

Oloff admits the path has been “much more challenging” than anticipated, but she is taking it one step at a time. Even though the shoes are sourced from Italy, she’s keeping retail prices below $500.

Her goal is to build a sales team, focus on distribution and then promote the line more heavily.

A handful of boutiques in Texas have picked up the line, including Williams Fashion Shoes in Corpus Christi and Stanley Eisenman Fine Shoes in Fort Worth. Oloff is developing a team that includes Av Goodman, EVP of operations and former president of Martinez Valero shoes, and has enlisted the consulting services of Jerry Ring, former head of the Michael Kors and Kors Division at Schwartz & Benjamin Inc.

The strategy has won over Julian Gold, which operates four stores in Texas. Comfort is a hot market segment for the chain, said Carolyn Kulesza, designer shoe buyer for Julian Gold.

“[Joan Oloff] is a viable line with a great comfort factor and some fashion interest,” said Kulesza, who picked up slides and high-heeled sandals in color-blocked suede from the brand. “With [Oloff’s] background, I feel strongly that she gets it — and she’s surrounding herself with people who have the right elements.”

William Joe, owner of Williams Fashion Shoes, echoes her sentiments, noting that consumers are beginning to favor footwear that feels good, which now accounts for 75 percent of sales.

“Joan’s shoes have a lot of value,” Joe said. “She’s a doctor … and she’s putting in extra cushioning and technology, and crafting them in Italy. That combination is really good. Nobody is attempting to do that … especially in prettier, dressier shoes.”

Another California footwear line inching its way to the marketplace is 34 Minutes, begun by Michele Summers, a podiatrist in Pasadena. Hitting stores this month, her line of 18 styles, designed with the help of her two sisters, Jennifer and Angela, feature patent-leather slides, T-strap pumps with 4-inch heels and strappy high-heeled sandals. Wholesale prices run from $80 to $200 to appeal to young urban professional women such as real estate agents and sales representatives.

To make the shoes stand out from pain-inducing pumps, Summers inserted an orthotic for extra arch support to minimize pain and keep customers happy in their shoes longer than the 34 minutes it typically takes for heels to hurt feet — the inspiration for the line’s name.

“I want to make the shoe feel like you’re wearing an athletic sneaker, and lift the arch where it’s supposed to,” said Summers, highlighting the sturdiness of a built-in orthotic. “When you buy inserts, they slip forward and don’t fit every heel. My patients complain that their orthotics lift the heel off the back of the shoe.”

Already, Summers has experienced production pains. An original line that was made in Spain was scrapped after the factory closed. The new collection is being produced in Los Angeles.

“There’s definitely a learning curve to the business,” said Summers, who plans to continue her podiatry practice until the brand grows. She aims for first-year sales of $250,000 to $500,000, noting that she’s on track with initial sales to Simplyvelvet.com and podiatrists’ offices. Summers plans to court traditional brick-and-mortar stores next season.

“This shoe is going to address the fashion-forward person and is nowhere near a Naturalizer and is a more trendy shoe than Cole Haan,” said Janet Dixon, who oversees Healthy Steps stores in Grapevine, Texas, which picked up 34 Minutes and are affiliated with a podiatric group.

There’s also an M.D. entering the marketplace: Lisa Masterson, an obstetrician and gynecologist whose name is perhaps more familiar to consumers as the co-host of “The Doctors” on CBS. Miami-based footwear brand Therafit teamed up with Masterson in hopes of benefitting from her star power, design input and marketing abilities. She has already touted the line on the TV show.

“We could have launched this on our own, but with such a strong personality and strong credibility and her professional position in connecting with women, we felt we could connect with her message of where comfort meets fashion meets wellness,” said Moises Egozi, CEO of Therafit.

Launched in 2012, the line of two sneakers in shades of red, black and white, and three sandals in color combinations such as black-and-silver and brown-and-orange, wholesales from $40 to $50. What makes the shoe different from a Nike or Puma sneaker is the company’s personalized approach to impact resistance and cushioning, Masterson said. The heel has a wedge with three removable adapters that regulate the amount of shock absorbed by the shoe.

“I know great fashion is important to women, so I wanted to be part of something that looks good but also can get you through 12 hours of the day,” said Masterson, noting that the line is targeted to women who are on their feet all day, including those in the medical and restaurant professions.

To keep the momentum going, a new athletic training shoe will roll out next month, and a collection of comfort casuals will bow in December, said Egozi, who declined to provide retailer or sales information.

But regardless of the foot expertise that doctors may bring to the market, experts said they still must confront the everyday challenges of the shoe business to make inroads with consumers and retailers.

“It takes a lot of marketing to tell their story well,” said Matt Powell, an analyst at Sports­OneSource.