Designer of the Year: Gianvito Rossi 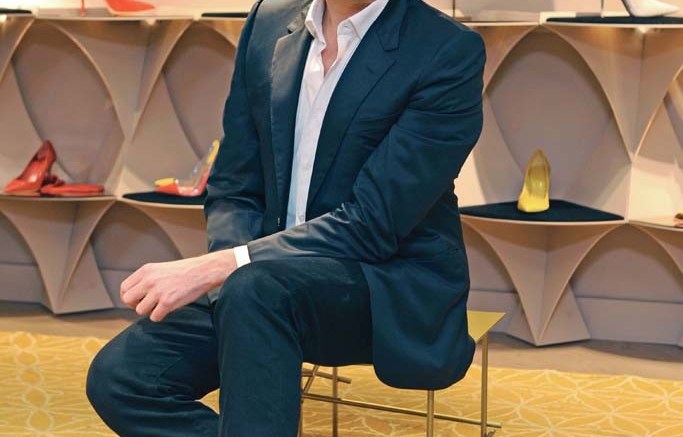 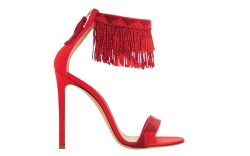 Timing truly is everything.

In the six years since Gianvito Rossi quietly launched his eponymous collection, he has emerged as luxury footwear’s latest success. And his creations, rife with understated touches that please the fashion set’s current penchant for sophisticated shoes, don’t hurt either.

“It’s the cool girl’s pump — heels with attitude,” said Laura Larbalestier, buying director at Browns, noting the label is the fastest growing for the influential London-based concept shop. “We simply can’t keep it in stock.”

Rossi’s line, retailing for $600 to $1,400, stands out for its adherence to a single-sole construction, seductive shapes and lack of superfluous bells, whistles and logos. “Gianvito has such an elegant hand and passion for fit. The shoes are chic, with a really fresh sensibility,” said Tracy Margolies, SVP and GMM of footwear at Bergdorf Goodman, which picked up the collection for fall ’13. “Customers absolutely love it, and the launch has been incredibly successful.”

That the designer has been so warmly embraced by both the industry and shoppers is hardly a surprise. Rossi is no stranger to the shoe world. The son of designer Sergio Rossi, he grew up in his father’s Italian factories and was groomed alongside him for 20 years before the company was bought by Kering (formerly PPR) in 2000. Afterward, the family did not stay involved with the brand. “I felt very lost not working with my dad on shoes,” Rossi said of this period.

Enter his own collection in 2007. While the line was well-received from the get-go, his discreet approach to design and marketing meant he largely flew under the radar as louder footwear statements dominated. But as the platform heel’s death knell grew louder, so did the response to Rossi.

For his part, the designer attributed his success to the “lightness and modernity of my design, a different idea of femininity from what we were used to seeing in shoes,” he said, adding that he has a unique aesthetic, separate from his father’s. “I have my own angle and point of view, but I share with him this idea of timelessness instead of just trendy.”

Recently, celebrities such as Gwyneth Paltrow, Rihanna and Kate Moss have been snapped wearing his designs.

Beyond the red carpet, Rossi’s rise also can be attributed to choice runway collaborations. “Gianvito understands the woman he is designing for and the needs of the customer today,” said Joseph Altuzarra, who has worked with Rossi for 10 seasons on increasingly buzzed-about catwalk styles.

And his bold footwear for Mary Katrantzou was equally lauded — Rossi crafted booties and pumps out of her custom patterns for spring ’14. “Gianvito’s craftsmanship and attention to detail is what I admire most about him,” she said, noting that there has been glowing feedback on the wearability of the footwear, a rarity for avant-garde runway styles. “I have had so many people commenting on the comfort of the collection. [The shoes] allow you to walk differently and feel confident.”

Rossi’s business continues its growth spurt. He operates three of his own stores in Milan, Paris and Hong Kong (with plans for a London location and e-commerce site in early 2014), and works with more than 50 international and e-commerce retailers, including Barneys New York, Lane Crawford and Net-a-porter.com.

The designer seeks to further hone the quality and fit of the line as he expands, something that Lisa Park, VP and DMM of shoes at Barneys, said is already a strong suit. “He’s a perfectionist through and through, and takes the time to tweak each line so that the cuts are always flattering. This quality is apparent in every pair,” she said.

Still, Rossi seeks to outdo himself each season. “The most challenging part of the design process is the translation from initial concept to a style that highlights a woman’s silhouette,” he said. “On the product side, it is the continuous research for better quality and to grow in dimension without sacrificing it.”

Luckily, he is surrounded by a strong Milan-based support system. “I have a very good staff working with me, and it helps a lot, but most important is my father’s advice.” With his own daughter and son, ages 16 and 21, respectively, already showing an interest in the business, the Rossi shoe legacy is sure to continue. “Fashion is a very attractive world, and I hope I will transfer to them what I have learned, as my father did with me. I want our family legacy to be the making of beautiful shoes.”