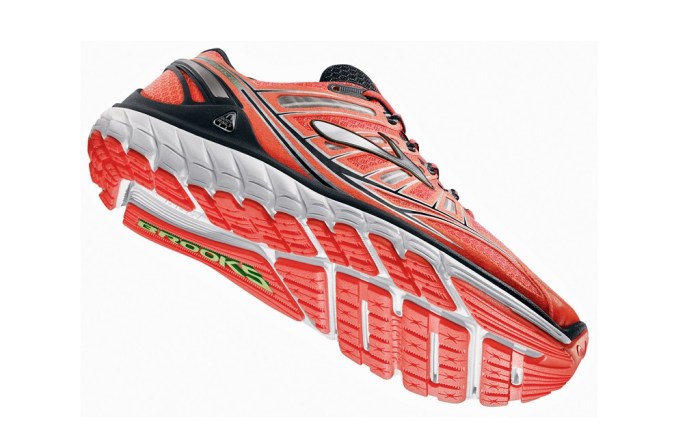 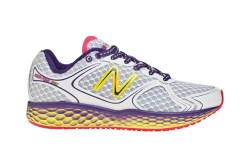 After several seasons of minimal footwear dominating the running market, cushioning is back in the spotlight. The sell-out success of the Adidas Boost launch this spring was just the beginning. Brooks and New Balance will now release performance running styles featuring foams and engineering technologies that use a plush ride as their selling point.

Matt Powell, an analyst at Sports-OneSource, said the adoption of lighter shoes has meant new product weighs far less than their predecessors. The barefoot movement that emphasizes feeling the ground has had an influence, too. “The consumer is moving away from zero drop with no cushioning into more cushion, but the shoes are not as cushy as they had been five years ago,” Powell said.

Last week at Outdoor Retailer, Seattle-based Brooks unveiled the Transcend, a stability shoe that replaces its longtime Trance style for men and women. The Transcend represents the first use of Brooks’ Super DNA cushioning, a proprietary polymer alloy that the brand said improves the responsiveness, durability and flexibility of its previous cushioning. And by removing the traditional, harder, supportive foam pieces from under the foot and replacing them with what Brooks calls Guiderails, the new engineering “allows you to run however you want to run with on-demand stability, but also allows us to amp up the cushioning underfoot,” said footwear product line manager Jon Teipen. “It’s super-comfortable, but from a support standpoint, it’s as stable as any support shoe out there.”

Boston-based New Balance will debut this spring the Fresh Foam 980, a high-mileage neutral trainer for men and women that uses the softest foam in the brand’s line, according to Claire Wood, senior product manager of performance running. That cushioning in the midsole acts like a multidensity material to provide firmer support underfoot, thanks to a precise computer software-assisted design. And an extra-wide base with a full ground-contact outsole means the neutral shoe could attract a large group of customers. “We wanted to give these runners a little support who don’t get a chance to be in a really soft shoe,” Wood said.

Ted Kushion, product manager for the Kalamazoo, Mich.-based Gazelle Sports running stores, said the experiential aspect of the technologies is a clear selling point, and the simplified marketing stories give consumers a reason to spend even as prices have risen. “In the past, we’ve had different cushioning technologies, but the consumers didn’t necessarily feel that right away,” he said. “These, they can experience immediately.”

But other storeowners said these developments aren’t always a draw.

Stephanie Blozy, owner of Fleet Feet Hartford, noted the new midsoles and outsoles haven’t caught on among her shoppers because of their reduced durability. “Honestly, 85 percent of my customers could care less about shoe weight or heel-toe offsets. They want a shoe that is comfortable and supportive — even if they don’t need support — and will last a reasonable amount of time,” she said. “That said, I am weary of the new foam [and] cushioning technologies, as we’ve seen our staff and some customers totally blow through a pair of these shoes in 200 miles, or about one month for a serious runner. While the technology is cool and there is a place for it — [for] competitive runners who are willing to accept a short shelf life in exchange for a light, fast, cushioned ride — I just don’t have the customer base to justify bringing in many of those types of shoes.”

But in the end, Kushion said, the consumer prefers comfort, and that’s driving the market these days.

“People have tried a lot of different things over the last few years based on what the market is telling them they should like,” he said. “Now it’s regulating back to what people really do like.”