Could Outdoor Fitness Be the Next Big Category? 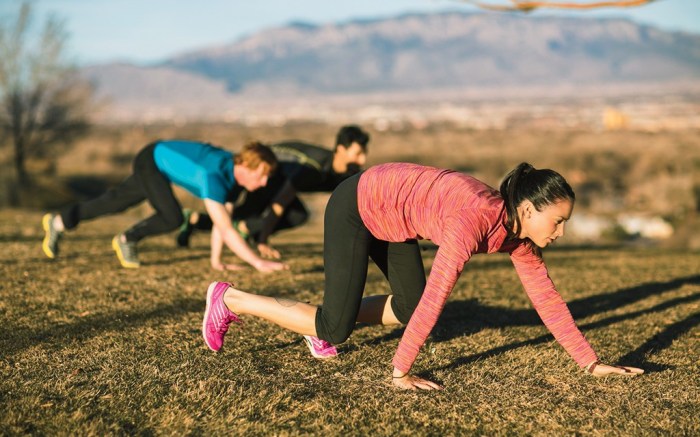 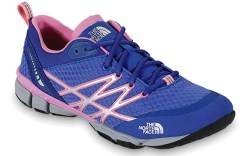 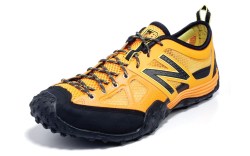 A new take on fitness has a decidedly outdoorsy bent.

“Probably the biggest influence in the sneaker business in the last five years has been the growth of group-based fitness activities,” said Matt Powell, an analyst at SportsOneSource. Adding an outdoor locale is a differentiating factor, he said, especially as vendors target city-based millenial shoppers, who are some of the main consumers of the race and boot camp markets. “The lines [between outdoor and athletic] are blurring, and this is another part of it.”

Frank Gibbons, buyer for Brattleboro, Vt.-based Sam’s Outdoor Outfitter, said the new sports trend could signal a change in the way the outdoor footwear category is defined, much as the outdoor world shifted away from skiing toward performance backpacking in the 1990s.

“Our customers are doing [these athletic sports], and they’ve been doing it in outdoor footwear,” he said. “But yoga was first done in bright iridescent spandex. So how are they going to identify going forward?”

As a result, more athletic companies are developing product to respond to the change.

Boston-based New Balance has tapped into the outdoor run-and-train phenomenon with its latest marketing campaign, “Runnovation.” Some of the print and digital ads spotlight the November Project, a grassroots fitness training group that meets three times a week to run and do stair drills, sit-ups and pushups. Started in 2011, the Boston-based group now regularly has more than 100 people for its year-round workouts.

“We realize there’s a movement for people getting out of the gym and doing something different from the static approach they’ve taken to fitness,” said Colin Ingram, product manager for performance training footwear at New Balance.

To target that consumer, Ingram said, the brand is building on its Minimus line with the April 1 delivery of the Minimus 007. The men’s and women’s shoe takes the more gym- and run-focused Minimus shoes and adds outdoor features such as a lace-to-toe closure, an aggressive outsole for high abrasion resistance on concrete and a gusseted tongue to keep out debris. The shoe is designed to stand up to the mud, wet and muck of adventure races, said Ingram, who took a prototype through 12 miles of a Tough Mudder race this spring. Monofilament mesh on the upper won’t pick up moisture or dirt during the race, and the shoe is treated with an antimicrobial compound so it can be hosed off or tossed in the washing machine.

For Rockford, Mich.-based Merrell, a division of Wolverine World Wide Inc., training in the outdoors has been a centerpiece of its summer grassroots marketing plans. Shaun Bohnsack, category business director for the outside athletic division, said the brand is sponsoring free outdoor fitness boot camp classes at 100 Lifetime gym locations across the U.S. through August.

After seeing consumers repurpose its barefoot Mconnect line for training, Merrell released outdoor-oriented training shoes for spring ’13, including the women’s Crush Glove and Crush Glove MJ, and it will have a bigger focus for spring ’15.

Outdoor training is a key element in the spring ’14 launch of The North Face’s Ultra collection. The Ultra Kilowatt training shoe for men and women has a special plate underfoot for increased rebound, a Vibram outsole and rubber over the toecap and arch for durability during rock climbs and drags. Brian Moore, VP of global footwear for the brand, said the market needed a versatile shoe for outdoor and trail workouts and for drills, climbs and other activities.

“Training is a huge movement for us, and three years ago, it wouldn’t have shown up,” he said, adding that there is significant growth potential in future seasons. “It’s an extension of the old multisport category.”

Greg Zuckerman, footwear buyer at Boston-based City Sports, however, said he isn’t sure yet if an outdoor training category would appeal to his customers.

“People are looking for alternative ways to train and get exercise,” said Zuckerman, “[but] I don’t think outdoor training [as it exists now] is necessarily the most viable for our business. How many of our [customers] are going to the woods and doing pull-ups on trees?” However, he added, the retail chain has had success with Merrell’s Mconnect line, driven especially by ads that put a premium on being active outside. And new product could have an aspirational effect on consumers looking for fitness ideas.

That openness, said The North Face’s Moore, will be significant for the industry, and the changing landscape will affect product for years to come.

“Those lines [between outdoor and athletic] are getting blurry,” he said. “It’s motivating us to be a lot more versatile in the way we create product.”