Company of the Year: VF Corp. 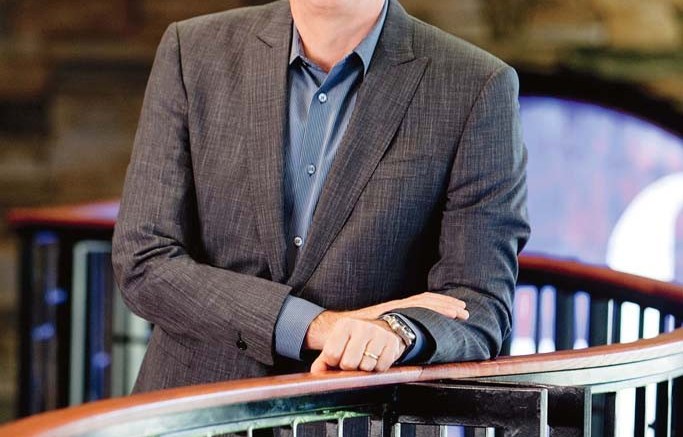 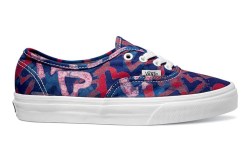 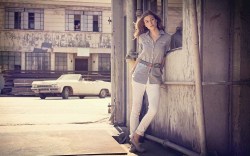 The Greensboro, N.C.-based company, founded more than a century ago as an apparel player, came into its own in the category over the course of the year, thanks to massive sales at Vans, promising developments at The North Face and the beginnings of a turnaround by its most recent acquisition, Timberland. In fact, President, Chairman and CEO Eric Wiseman said the category provided the major story at the $11 billion company.

“This year, in particular, has been big in footwear for VF,” he said, hailing Vans and Timberland as bright spots. “[No matter whom I was talking to], I would be saying the same thing — this year was about the strength in footwear.”

And the health of the category was no accident.

Since the acquisition of Vans in 2004, VF has been plotting a course designed to make it a player in the shoe world.

“When we started talking about lifestyle brands, about how we were going to change our company to [take advantage] of what we know how to do in supply chain and branding, footwear became a natural next step,” Wiseman said.

The efforts appear to have paid off. About 25 percent of VF’s $10.9 billion in sales in 2012 came from footwear. And in the firm’s largest segment, the Outdoor & Action Sports division — home to Vans, Reef, Timberland and The North Face — shoes account for half of total sales.

Those results have analysts feeling upbeat on the company overall.

“[VF] is one of the best-performing stocks in our universe this year,” said Kate McShane, an analyst with Citi Research. “[It owns] the brands that resonate with Wall Street and consumers, too. They’ve been wildly successful.”

Steve Rendle, group president of the Outdoor & Action Sports Americas division, agreed that the success was due in large part to the firm’s strong portfolio. “[Any recognition] is a validation of the journey we’ve been on for the last decade within VF and with VF Outdoor,” he said.

Take Vans, for instance. The Cypress, Calif.-based label has seen sales increases of 25 percent, 15 percent and 16 percent in the last three quarters, respectively, and the brand’s president, Kevin Bailey, said a global consumer segmentation study conducted in 12 countries last year will aid in achieving those numbers.

“It’s helped us gain deep insights into who our consumer is,” Bailey said of the survey, the largest undertaken by the company. “And it’s work I don’t think we would have completed at this point in our maturation without VF’s help.”

“VF is a terrific company that has been producing innovative products for several generations, all the way from the [checkerboard slip-on by Vans, seen] in ‘Fast Times at Ridgemont High’ to the great new product it has now,” Hicks said. “It is a strong partner that we know will always connect with its customer.”

As VF targets $17.3 billion in sales by 2017 — $11.1 billion of which is slated to come from the Outdoor & Action Sports division — VF’s ability to invest will be critical. This year, the company formed three technical innovation centers. The one for footwear — an existing Timberland facility at the headquarters in Stratham, N.H. — will work in conjunction with all of VF’s footwear brands to bring new technology into the lines.

“Left on their own, each of these brands is big enough that they could invest [in something like this], but when you combine them on the larger scale of VF, you can get a much larger commitment,” Rendle said.

Todd Spaletto, president of Alameda, Calif.-based The North Face, said that brand’s push into footwear — a major focus as it aims to hit $3.3 billion across all categories in 2017, up from $2 billion this year — will be boosted by the new center. “When you have brands like Timberland and Vans [on board], you have a growing nucleus of footwear intelligence that can help with commercialization, fit, flow and newness,” he said. “Footwear is a big business for us, but it can be a lot bigger.”

While the technology facility will service all the footwear brands, Citi’s McShane said the company’s ability to keep its labels distinct remains an important advantage. “That’s why its acquisitions have worked so well,” she added. “[VF] has the infrastructure to support the brands and keep them separate while leveraging the corporate part of it.”

The firm’s disciplined approach has been a benefit at Timberland, said Patrik Frisk, president of Timberland, which has now been part of the company for two years.

“VF is a big company with a lot of smart, seasoned people at the helm, people who understand that nuance of knowing when and where to provide leadership and guidance, and when to let the brands take the reins,” Frisk said. “But VF has amazing, time-tested, go-to-market processes in place to keep everyone on task and moving in one direction. They work with you to set a strategy and stick with it, and also make sure you have the resources to see it through.”

A wide range of the firm’s footwear offerings are carried in Journeys stores. “[VF’s] passion, expertise and collective commitment to Journeys over the years have demonstrated the true spirit of a strong, long-lasting partnership,” said James Estepa, president and CEO of Journeys Group, a division of Nashville, Tenn.-based Genesco Inc.

Emma Hunter, footwear buyer at Park City, Utah-based Backcountry.com, said increased attention to detail and differentiation have paid off for Timberland and The North Face.

“Timberland has been performing better than expected, and the [newer] casual styles are doing well,” she said. “And The North Face has better styles and a product story behind it that makes it more competitive [than before]. Next year is going to look really good.”

But don’t expect the company to rest on its laurels. As it grows the existing businesses, Wiseman said VF actively looks for additional acquisitions, especially in the footwear arena.

“We have a broad portfolio of brands, but only a few of them are centered around footwear, and we see it as a much bigger opportunity,” he said. “I can’t think of any 48-hour period in the last eight years when I was not involved in an acquisition discussion. I was in one five minutes ago. But to come from where we were 10 years ago to now, where [footwear] is about 25 percent of total revenue, it’s become a pretty big number here, and there’s a lot of potential for other brands.”