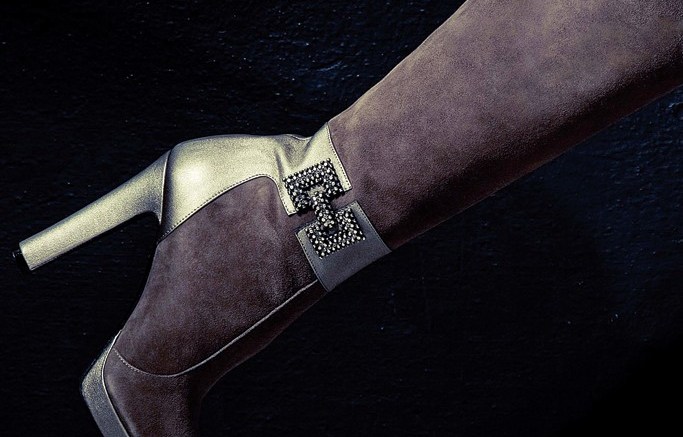 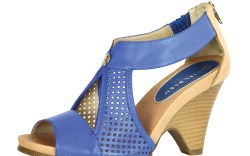 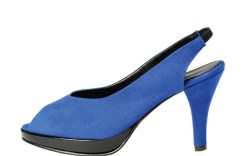 No experience? No problem.

Over the past few seasons, a group of female entrepreneurs — with little or no background in footwear — have turned their passions for fashion and risk-taking into comfort collections targeting professional women. Although each brings experience from diverse career categories, from medicine to marketing, all share a common mission: to create a successful line of comfort footwear with a heavy dose of style. And despite facing startup issues including learning the basics of shoe design and landing that first account, some are already eyeing growth opportunities such as international distribution.

Though she had no prior design experience, Claudia Espinola, founder of Boston-based Casa Couture, enrolled in an intensive footwear course at Moda Pelle in Italy before debuting her line last fall.

“Smart people always learn as much as they can before jumping into a new venture,” said the former marketing consultant who built her line on a patented four-way-release construction, which provides a customized fit by expanding in length and width.

Michele Summers may not have had the design know-how, but the Pasadena, Calif.-based podiatrist had extensive knowledge of her patients’ history — and pain associated with their footwear. She used their feedback to create 34 Minutes, a line of flats, slingbacks and pumps featuring a built-in orthotic with arch support and heel-to-toe Poron, for spring ’13.

Like Summers, Julie Lopez, a former orthopedic nurse in Concord, N.C., tapped into her medical expertise to create an eponymous collection of luxe Italian looks that soft-launched in spring ’13. “I know what has to be in place [in a shoe’s design] to have the fit feel good,” said Lopez, whose collection features Lycra-lined uppers for stretch and roomy toe boxes.

Lopez also utilized her skills as a seamstress to craft the line. “[Designing] was not daunting to me,” she said. “I could visualize [the shoe]. It facilitated my ability to understand the process.” To help create the finished product, which is manufactured in Italy, she turned to a professional shoe technician found over the Internet.

But starting a shoe line takes more than design; it also requires capital. These footwear newbies all self-financed their brands and raised funds from outside investors. Espinola secured the resources for her business from prize money she won in 2011 from Masschallenge, a Massachusetts business competition. (She shared a pot of $1 million with 17 fellow winners.)

And later this year, she’s considering fundraising to support expansion plans. “Right now, we’re focused on growing our business through independent boutiques,” Espinola said. Among its current accounts are Cuoio in Boston and the Shoe Spa in Palm Beach Gardens, Fla. “In the next two years, I see our company expanding to department stores and seeking global distribution. Within five years, we plan to expand into different price segments that appeal to a younger, more sophisticated consumer and potentially license out technology to noncompetitive brands.”

Though Chelsea Jones, founder of Ciel Bleu in Vancouver, British Columbia, has just two Canadian retailers signed on for the spring ’13 launch of her line, she already has plans to add distribution in South America and Europe. However, she admitted, connecting with retailers has been the main challenge. “Sales of a new brand are difficult when nobody has heard of you,” she noted. “We’re very grateful to a few key retailers on board to help us launch.”

Jones has taken different routes to acquaint retailers with the new line. “For the first season, I did a lot of the sales myself,” she said, noting that she now has a team of sales reps in place. “For consumers, we’re very PR-focused through our website, social media, charity initiatives and press coverage.”

Summers also has run into difficulty getting her foot in retail doors. “The biggest challenge would be making connections with the right people,” she said. “[Retailers] see so many new brands, and they don’t know [for sure] if they will [stay] around. It’s about building relationships.”

Healthy Steps of Grapevine, Texas, picked up 34 Minutes. Janet Dixon, regional manager for the retailer, said she was confident her customers would try the new line. “A shoe designer who happens to be a podiatrist and a woman, and who loves shoes and gets the need for comfort without looking therapeutic [should be a natural fit for the store],” said Dixon. “The podiatrists of our [companion medical practice] and I reviewed the line and determined based on patient feedback it was a given to bring it in.”

At Cuoio Shoes in Boston, manager Terry Scolastico said customers were receptive to testing the Casa Couture line even though they were unfamiliar with the brand. A fall ’12 trunk show with Espinola helped educate consumers. “They’re interested in trying something new,” Scolastico said, noting that the collection’s unique, expandable construction is a selling feature. “People don’t mind [that she] is a newcomer.”

Because her line won’t officially launch until fall, Lopez is currently selling via her website and putting her marketing energies into celebrity exposure. This month, the brand will be featured in gifting events surrounding the Academy Awards, a connection made through Taura King, VP of sales and marketing.

Espinola, too, knows the power of fame in building buzz for a new line. “We’re seeding to celebrities who are important influencers,” said Espinola, citing such names as Susan Lucci and Mrs. Massachusetts pageant winner Misti Nordstrom. “In the end, word of mouth is always the most reliable form of advertising.”