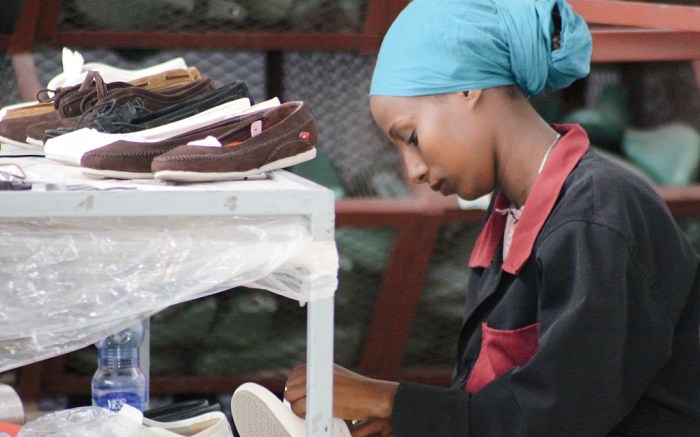 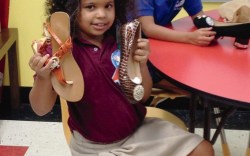 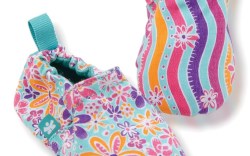 Following in the footsteps of trailblazer Toms Shoes, a number of socially conscious brands are cropping up in the footwear industry.

With a goal to sell goods and do good at the same time, these newcomers are tapping into growing consumer interest in businesses that take a strong stance on social responsibility. According to a Nielsen survey released last year, 66 percent of consumers around the world prefer to buy products from companies that have implemented programs that give back to society. Nearly half the respondents also said they are willing to pay extra for products and services from these companies.

Still, despite the demand, these brands are finding the path to being both profitable and charitable is full of challenges, from balancing philanthropic ambitions with the realities of business to dealing with limited marketing budgets.

“It’s been very difficult because we didn’t know how much goes into selling shoes when we first started,” said Lisa Miller, co-founder of Jackson, Tenn.-based Fums. Lisa and her husband, Mitch, launched the business in 2008 after they were both laid off from their full-time jobs.

Similar to the concept of Toms and Skechers’ Bobs line, Fums matches every sale of a pair of its shoes or flip-flops with a donation of a new or gently used pair to a U.S. child in need. However, unlike some of the more-established and well-resourced companies, Fums has had a difficult time getting a foothold in the industry. “Even though you’re trying to do good with your product, there are lots of other people out there pretending to do the same thing,” Lisa Miller said. “One of the reasons our sales have been slow is because we haven’t been able to build a reputation yet.”

To overcome this challenge, Fums has teamed up with outside charities to help manage its distribution. The brand uses a portion of its profits to purchase new and gently worn shoes from Samaritan’s Feet and also delivers the footwear to children through the charity.

In addition, Fums has partnered with organizations including The Greer Campaign on grassroots events to build awareness. “Being a small charitable business, it’s been a learning curve trying to figure out how to get exposure in ways that don’t cost a lot of money,” Miller said.

Working with a limited marketing budget also has been a hurdle for designer Diana Kelly. The entrepreneur, who launched her Diana E. Kelly women’s line in 2010, donates 10 percent of her profits to various charitable causes.

“It’s expensive to do national campaigns. We just don’t have the funds for that,” Kelly said, adding that her marketing strategy has relied heavily on word of mouth and social media.

To build buzz, Kelly is looking to work with other socially responsible designers and companies on special projects. “The only competition you have in this category is yourself,” she said of her Sarasota, Fla.-based business. “Being an entrepreneur in the socially conscious circle, you try not to be so competitive with brands but instead find ways to bring more awareness to one another’s causes.”

Kelly’s brand is slowly finding its way. It has built an account base of 170 retailers and quadrupled its sales, enabling the company to donate more than $30,000 to causes such as Girls Inc., Make-A-Wish Foundation and local children’s hospitals. “I believe having a goodwill aspect to the brand has helped us,” Kelly noted. “People want to feel good about the products they purchase.”

Tal Dehtiar, founder of Toronto-based Oliberté, said balancing social responsibility with the needs of the business has been a constant challenge. Oliberté produces its line of men’s and women’s boots, sandals and sneakers in a fair-trade factory in Ethiopia, where workers are guaranteed benefits such as health and life insurance, fair compensation and credit savings programs. “The joke from our sales reps in the U.S. is that the factory workers in Ethiopia have better health care than [the reps] do,” Dehtiar said. “We’ve worked hard for that.”

Due to Oliberté’s method of manufacturing, production challenges and customs issues have arisen. “At the end of the day, the retailer doesn’t care if the workers are sick or the shipment is held up in customs,” Dehtiar said. “They want their shoes on time and they want good sell-throughs.”

As a result, Dehtiar said, the brand, which is sold at Nordstrom, REI and Shoe Parlor in New York, has been selective in choosing its retail partners. “We turn down retailers if they’re not committed to telling the story,” he explained. “We’re not just trying to make a couple of bucks — we’re trying to build a long-term, sustainable business.”

Chooze, a 2-year-old children’s brand that invests all of its profits in micro-loans for the business education of impoverished women, has made philanthropy the foundation of its corporate model. Marc Blumberg, CEO of the Dallas-based brand, said the key to being successful with an altruistic business model is to make social responsibility an integral part of the company’s mission.

“The problem most businesses run into is that they see it as a balancing act,” Blumberg said. “We don’t treat it as a trade­off. It’s a part of what we do, with profit being an outcome.”

Marshal Cohen, chief industry analyst for market research firm The NPD Group Inc., said companies that, like Chooze, highly promote their social missions from the beginning, can create a point of difference in the crowded marketplace. According to Cohen’s personal study of 6,000 consumers, 74 percent of respondents said a firm’s social responsibility is “very” or “somewhat important.”

“When [philanthropy] is built into the DNA of a brand from its inception, it makes a huge impact,” Cohen said. “Very few people are buying a product because they made a charitable contribution, but when it’s an inherent part of the brand, it’s very important.”

Cohen added that the customer base for cause-related products is likely to grow since millennial consumers make up a large percentage of that market. “This demographic is carrying a trillion dollars in debt in the U.S., and they’re thinking twice and thrice before making purchases,” he said. “Part of their consumption is wanting to do the right thing and choosing brands that help make the world better.”