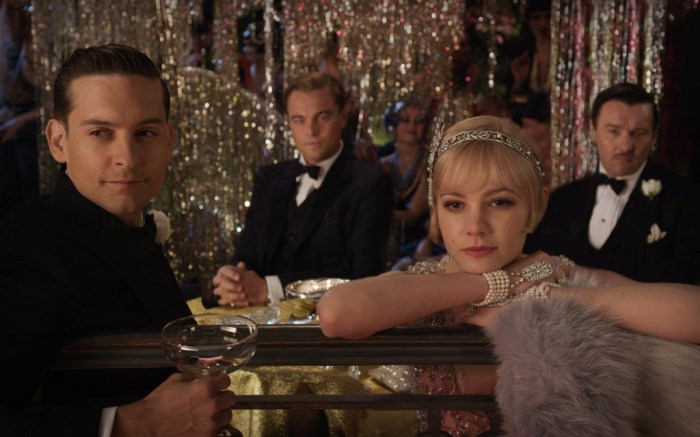 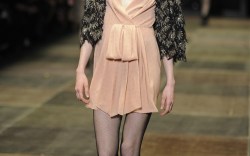 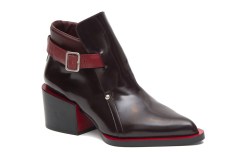 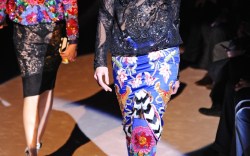 The fall ’13 runway shows have concluded, but it remains to be seen which of the looks will be a hit with the masses this season. Footwear News asked notable stylists (whose collective roster of clients has included Drew Barrymore, Halle Berry, Tyra Banks, Megan Fox and Mariah Carey) to peer into the future for a peek at the top trends in women’s footwear for fall.

Here, Phillip Bloch and three other wardrobe gurus wax prophetic on heels vs. flats, “The Great Gatsby” and the momentum of menswear influences.

Hottest shoe looks for fall: “I see flats, flats, flats everywhere. Other than the fashionistas, real women are just rejecting the heels at this point. Especially living in New York, even those who will still be donning their heels will carry their little flats with them. The Meatpacking District is so not heel-friendly. Flat boots will be everywhere because they are a way to be edgy and they cover a lot of fashion mileage. Menswear-inspired heels, thigh-high boots with cutouts and open-toe booties [will also be big for fall]. Fur trim is everywhere.”

Must-have colors: “Ocean-y blues are kind of out there. And in shoes we will see a lot of emeralds, coffee colors and wine hues.”

Biggest influencers: “‘The Great Gatsby’ is going to have a huge impact, even though it is a little odd timing because it is coming out now after we showed fall already, but in the zeitgeist of the world, ‘Gatsby’ is a big fashion movie. I think it will actually [carry through to impact shoe styles in] 2014.”

On the way out: Color-blocking and metallics on wedge sneakers. “It will be redefined to become more tone-on-tone, [because] people like a wedge and they want that comfort, so the idea works, but it is so overdone and it looks kind of cartoonish and too trendy right now. Whenever something gets too trendy it dies a quick death.”

Hottest shoe looks for fall: “Chunkier heels with a square profile for a heavier weight [and] 1960s-inspired ankle booties with elastic panels reminiscent of the flatter versions I pulled for [the 1996 film] ‘I Shot Andy Warhol.’ Combat boots are [also] staying strong for fall ’13. From casual to embellished, they continue to be the must-have boot.”

Biggest influencers: “The latest production of ‘The Great Gatsby’ will have a huge influence, as will streetwear posted on international fashion blogs.”

On the way out: Solids. “They can’t compete with the textures, color combinations and prints for fall ’13.”

Hottest shoe looks for fall: “[Everyone] will finally adopt menswear as a lifestyle, not just the fashion-forward. I am feeling a major circling back to classics [that are] even more refined for women — heritage that is less overtly altered, like what Coach started with, a heavy, flat, tassled loafer that wasn’t shiny, [or] a work boot for a woman that looks less like something she stole from her grandfather and more like it was made for her personally. Men’s pajamas as outfits, men’s two-piece suiting [and] Hanes T-shirts as dresses [will be in], and the shoes will follow. Women will finally wear the Frye boot as their own, not the women’s version of the brand, and the hardware will be even louder than it was for men.”

Must-have colors: “For basics, I am loving what I call ‘walnut,’ which is a very reddish heritage color — sometimes I call it ‘Girl Scout brown’ — plus the highlight color yellow green, like a metallic moss. [Beyond basics], colors and patterns will have thought and order to them and be very mixed, blocky and bold.”

Biggest influencers: “Anyone who is refining their collections to have scale and simplicity, [including] the new minimalists [such as] Reed Krakoff, Prabal Gurung, The Row and Rag & Bone, and the best minimalists: Celine, Margiela, Jil Sander. It’s their time, as well as the women who do minimal best, [such as] Gwyneth Paltrow in Tom Ford. Art that is a blend of materials with clean lines [and] modern refurbishments. Our world is so inundated with noise and pain and angst, people are really learning how to minimalize their expression in their clothing and their spaces, and on their feet. Less is more, more than ever.”

On the way out: Dainty, understated looks. “The details of the shoe will be big in scale. Thicker laces, thicker tassles, thicker straps, heavier weaves, thicker lasts and soles. Heavy, heavy, heavy, but less about tall and platform and more about detail, pattern and the piece as a whole … It’s more about being more incorporated into our environments, not standing out.”

Hottest shoe looks for fall: “This fall season is full of glitz and glamour and strong, powerful colors. You will see lots of fur-trimmed boots and booties, over-the-knee boots in sumptuous fabrics, including velvet, [as well as] stacked-heel booties in patent leather and luscious suede in every color combo imaginable. Stilettos will be on every wish list, and 1940s-inspired heels will be a favorite also. Sneakers are everywhere — flat and heeled, sporty and classic. Block-heeled loafers and pointy-toe oxfords will continue to [be on-trend] for some time, as menswear [looks are] an important part of most collections this coming season. Smoking slippers will stick around and continue with added embellishments [such as] gems and studs.”

Biggest influencers: Key designers, technology, celebrities, films, the economy, street style and heritage looks. “Some styles are so strong from past seasons [that] designers will expand and re-create the trend to keep it fresh, new and updated.”

On the way out: Neon. “As the colors deepen for fall and styles become more luxurious and feminine, neon will be put to sleep.”