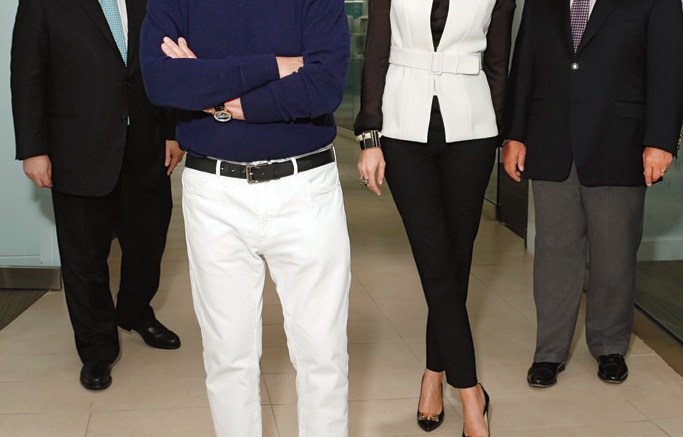 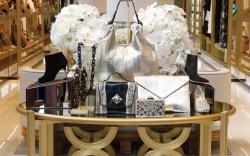 Camuto Group is heading into spring ’14 with a major expansion strategy for both its in-house and licensed brands — and the plan goes far beyond shoes.

The privately held, Greenwich, Conn.-based firm is focused on aggressive global retail growth for the Vince Camuto and VC Signature labels, while the Jessica Simpson, Lucky Brand and BCBG divisions all will expand their assortments over the next few seasons.

“We are concentrating on expanding the depth of the company and building strong brands,” said CEO Vince Camuto.

The push comes on the heels of a flurry of activity at the company, including recent promotions within the top executive ranks. COO Alex DelCielo added the president’s title, while Greg Morel was elevated to president of the international division from VP of international. Several other longtime employees also were promoted.

“There’s nothing like growth from within,” Camuto said. “It’s right for the company to have these people elevated and taking on additional responsibilities, and at the same time, it’s good for them personally.”

DelCielo, who has been working with Camuto for 25 years, noted the promotions put the company on solid footing for its next phase.

“From a management standpoint, we feel good about the team we have in place today,” he said. “There’s a lot of expertise and a lot of experience in our group, and it really pays dividends.”

While many companies have experienced a rocky start to the year, due in part to weather woes that delayed spring business, Camuto Group is benefiting from an emphasis on the transition-friendly bootie across several of its brands.

“We’ve had strong growth in the lower double digits,” DelCielo said, adding that retail is becoming a more significant part of the equation. “We are rolling out stores relatively quickly, so you’ll see a greater percentage of growth there [for 2013].”

Last month, Camuto unveiled its first VC Signature flagship in New York, bringing the Camuto-branded domestic door count to 11. Located on Madison Avenue, the boutique carries the Vince Camuto line and higher-end VC Signature collection, both of which include apparel and accessories, as well as shoes.

Another first for the company was the late May debut of the Vince Camuto flagship in London, on Kensington High Street. The store opened through a partnership with Kurt Geiger Ltd., a division of The Jones Group Inc.

In all, the Vince Camuto brand now has 30 locations globally, and plans are in the works for 100 additional doors over the next three to five years. Key projected openings stateside for Vince Camuto include Las Vegas, Miami, Atlanta and Newport Beach, Calif. Globally, the label has its sights set on Canada, China, South America and Central America. “If you look at, strategically, where our focus is, it’s Vince Camuto retail, it’s the growth of Vince Camuto internationally and it’s the expansion of categories within the Vince Camuto brand,” DelCielo said.

Camuto Group CFO Jeff Howald pointed out that the time was ripe for retail expansion not only because of strong sales in the existing stores but also based on Vince Camuto and VC Signature’s performance at wholesale. “The stores that have opened, we have been really pleased with their success,” he said. “It’s great for our brand awareness and it’s a natural addition to what we already have on the wholesale side.”

Nordstrom, a key partner that recently named Camuto one of its “Partners in Excellence,” lauded the company and the leadership of its founder. “[Vince] is very passionate about product and getting it right for the customer. He is a true partner and always brings new ideas to the table. He is always looking through the lens of the customer,” said Scott Meden, EVP and GMM of shoes.

One major wholesale move during the past year was the launch of the Louise et Cie footwear brand, the brainchild of Camuto’s wife, Louise Camuto, president of marketing for the firm and creative director of the Vince Camuto brand.

The label soft launched for spring ’13 at department stores such as Lord & Taylor and Dillard’s, and a larger offering is planned for spring ’14. Priced at $118 to $295, the sleek silhouettes with understated, feminine accents, are aimed at filling a price niche between VC Signature and Vince Camuto. “We had customers asking for more classic [looks, so Louise et Cie] is updated modern classics that aren’t frumpy,” said Louise Camuto. “It’s a very exciting opportunity.”

Leah Robert, who was recently promoted to EVP of licensing and marketing from SVP, noted that additional categories could be in the label’s future.

Camuto Group already has seen solid success outside the footwear arena with its flagship brand. Vince Camuto has a presence in 18 women’s and 13 men’s categories, from bedding and fragrance to hosiery, and it aims to increase those numbers.

“We definitely look to have additional accessory and apparel partnerships in the women’s and men’s sides, and expand to more categories down the road, even luggage,” Robert said.

The year 2014 will mark the next evolution of the Jessica Simpson line, for which Camuto Group holds the master license.

According to Robert, the brand, already in 30 categories, will introduce baby shoes for holiday ’13, followed by baby apparel and lifestyle products for spring ’14. A home collection also will debut in fall ’14, and bridal could be in the label’s future. “Our strategy is to keep it authentic to Jessica Simpson,” Robert said. “[A family focus] is where she is right now, and her customer is also maturing, which has allowed her to grow beyond the [previous] classifications.”

All told, Vince Camuto said he is upbeat about the entire portfolio’s prospects for the coming seasons. “There is not too much room for error [in today’s market], but the product speaks for itself,” he said. “When you walk through the [showroom during FFANY], you’ll see that all the [footwear] brands have a distinct point of view. We cover the spectrum and it’s clear what each one represents.”