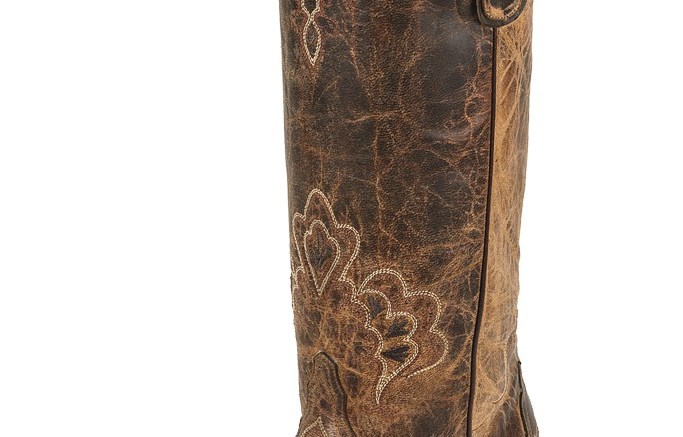 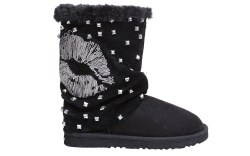 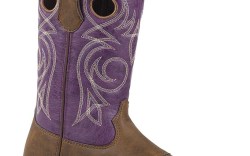 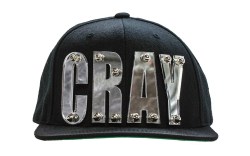 Home Grown
Product that is made in the U.S. is a top priority for Tony Lama. The Fort Worth, Texas-based company is expanding its offering of U.S.-manufactured looks with the launch of the Black Label series of Western boots. Positioned between its domestically produced Signature line, retailing for $500 to $1,400, and the Americana collection, retailing for $190 to $220, Black Label (above) will sell for $330 to $350. Available for men and women, the styles are targeted to Western retailers. Delivery is slated for April/May.

L.A. Woman
Koolaburra teamed up with Los Angeles-based designer Lauren Moshi for a fall ’13 collaboration. The four-style collection will feature Koolaburra silhouettes adorned with Moshi’s embellishments and designs. The line will retail for $345 to $445 and be available on the brand’s website, as well as through select retailers around the world.

Lighten Up
Nelsonville, Ohio-based Durango is taking a light approach to Western boot dressing for fall ’13 with the introduction of Rebelicious. The series of women’s (at left) and children’s styles — weighing less than 1 pound per boot — is built on a lightweight, abrasion-resistant EVA outsole available in a range of bright colors and neutrals. Uppers with a soft mesh lining and removable EVA footbed add to the boots’ comfort. Retailing at $100 for women’s and $80 for children’s, the line delivers in April.

Head Case
The Adoni Group Inc.’s emerging footwear label Modern Vice has signed a licensing deal with hat brand Paislee Ltd. to manufacture the label’s headwear at The Adoni Group’s Manhattan headquarters. Modern Vice designer Jensen Adoni said that Paislee, which was formerly based in Chicago and boasts a celebrity following including power couple Alicia Keys and Swizz Beatz, meshed well with the fledgling brand. “There is a unique synergy between us, our lines and our clientele,” he noted. “Paislee is certainly poised to [impact] the marketplace in a positive way. They join in our movement to create [product] within our New York factory, where design, innovation and production is a daily matter.” The urban-inspired baseball-style caps retail for $150 and feature ornaments and block letters in a variety of hues and metallics. Adoni noted that in addition to the headwear license, collaborations that include shoes are also in the works.