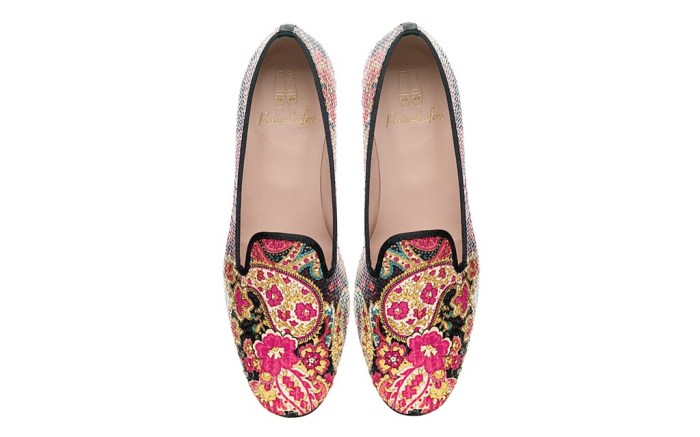 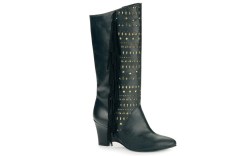 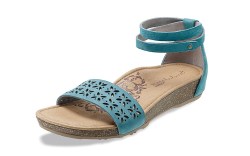 Loafer Launch
Pretty Ballerinas is building on its success with a new silhouette — the loafer — and plans to launch a standalone label dedicated to the shape. Pretty Loafers debuts for fall ’13 and consists of 58 styles (representing 58 years of Pretty Ballerinas’ parent company, Mascarós, handcrafting loafers on the Spanish island of Menorca). The line’s four main constructions will include pointy-toe, round-toe, square-toe and lace-up looks. The new offerings, with playful embellishments such as feathers, tassels, animal prints, embroidery and sequins, will retail for $199 to $339. “Three winters ago, we were asked to create a few loafers, so we added the styles into Pretty Ballerinas’ collection,” said David Bell, creator of the flats-focused label. “They were so popular that we decided to [bow a sister brand] with a much bigger selection.” Pretty Loafers is slated to hit retail in June.

Booting Up
Maloles has added a full range of fashion boots to its offerings for fall. The Paris-based women’s label, which started as a ballet flat brand in 2004, has evolved its product range over the past several seasons, but the fall collection incorporates nine boot and bootie styles. Embellishments range from embroidery to jewels, and the boots are priced from $400 to $600. “[I was inspired by] Wonder Woman, but in a glamorous way,” said designer Maloles Miracosta-Antignac. “The boots are [reminiscent of the] 1980s and include a lot of shiny materials and gold, but with a sophisticated French [aesthetic].”

Horsey Set
Ariat International has signed a multiyear licensing deal with M&F Western Products for a line of men’s and women’s accessories. The collection will include belts, bags, caps, socks, gloves and small leather goods, retailing from $10 to $170. The venture will allow Union City, Calif.-based Ariat to expand its accessories business, said co-founder Beth Cross. (Prior to the agreement, Ariat had produced accessories in-house.) Set to deliver in July, the line is targeted to Western and farm stores and English equestrian shops in the U.S. and Canada. The line will be sold through Ariat International.