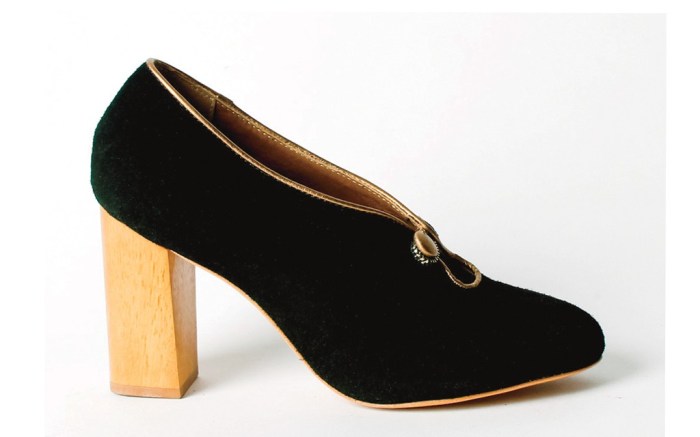 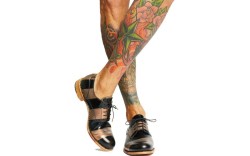 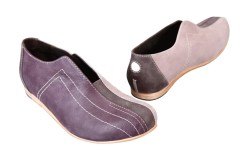 Growing Payne
Nina Payne, the 3-year-old, Brooklyn-based label headed by designer Gabriella Hiatt, is adding a higher-end collection to its offerings. While the label’s main line is manufactured in the U.S., Hecho con Amor: The Nina Payne Artisanal Collection will be entirely handmade in Brazil. The styles, in eco-friendly, vegetable-dyed leather, are also a departure from Hiatt’s flat-focused, dance shoe-inspired offerings and feature a variety of heel heights in solid cedar. The new line, which will hit stores in late August, retails from $275 to $330. “I have always wanted to incorporate elements as strong and naturally beautiful as solid wood into fashionable, contemporary footwear,” Hiatt said. “[While] visiting a small factory in Brazil, I was introduced to some expert artisans who exclusively handcraft wood heels. My goal was to make our wood heels stand out by pairing them with clean, simple silhouettes and accentuate the natural color for a look that is at once earthy and polished.”

Great Scott
The Office of Angela Scott will unveil a men’s collection for fall ’13. Angela Scott, designer for the year-old emerging label, said she decided to enter men’s after she noticed male shoppers snapping up the largest sizes of her women’s tailored oxfords and received several requests for the silhouette from men. The new line, dubbed Mr. Scott, will debut exclusively at the designer’s Dallas-based flagship and on the e-commerce site. The designer said she plans to expand the line for spring ’14, as well as branch out to other retailers. “The line will blend casual luxury with a fresh, coastal surf/skate look and feel,” Scott said of the styles, which will retail at $650 and include striped Italian leather oxfords in several colorways for fall. “I have always turned to masculine styles for inspiration and it only makes sense to begin a men’s collection to complement the women’s.”

Big Steps
Los Angeles-based kids’ brand Toe Jamm will debut grown-up shoes, starting with six women’s styles and four men’s looks for fall ’13. “We always had plans to launch a footwear collection for [adults],” said Yasmina Cadiz, the 2-year-old label’s creative director and co-designer. “When we launched our kids’ collection, which we designed with a decidedly adult aesthetic, we got bombarded with requests from both men and women. … When we opened our interactive [flagship] boutique, those requests simply increased and we started making custom shoes by special order.” The new collection, which is made in the U.S., consists of casual looks including leather oxfords and slip-ons, with contrasting textures and materials. Prices range from $495 to $650. Cadiz and Toe Jamm co-founder Amanda Real also plan to debut accessories, apparel and custom-designed motorcycle helmets this year under a new label, Downtown Design League.