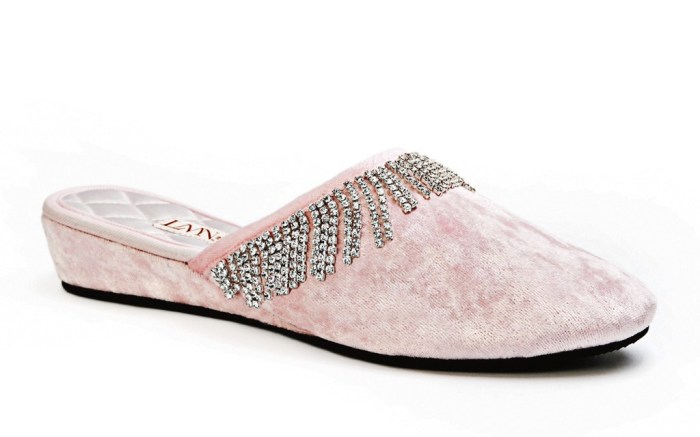 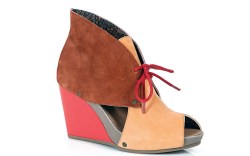 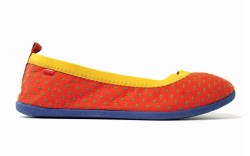 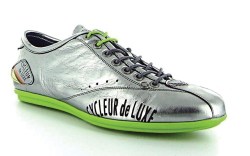 Pink Slip
Luxury slipper brand LMN is prepping for the holidays with an exclusive capsule collection for Saks Fifth Avenue. The five-style, closed-toe looks will be sold at the department store’s flagship locations in New York; Beverly Hills, Calif.; Houston; Las Vegas; Palm Desert, Calif.; and Troy, Mich., as well as on the retailer’s website. The collection features a variety of fabrics and embellishments, including crushed pink velvet with rhinestone fringe; silver-and-black satin with a rhinestone brooch; and intricate beading. The line will retail for $175.

Branching Out
Durango, best known for its Western-inspired boots, is looking to grab a larger chunk of the urban fashion market with bold-hued sandals, wedges and open-toe booties. The 28 new styles are set to launch in spring ’14. They mark the first time the brand has ventured into these silhouettes. “It’s comfortable fashion with a Western attitude,” Durango’s national sales and marketing manager, Amber Vanwy, said of the spring women’s styles, which retail for $119 to $135. She added that Durango initially will target boutiques and family-oriented footwear retailers to carry the urban-inspired line, but it plans to go after larger department stores in subsequent seasons.

Defining Dimmi
Dimmi has a new look. The fledgling women’s label, which has pledged to donate all its profits to medical research starting next year, has revamped its branding and product mix for spring ’14. The changes include a new logo, as well as footwear with a more refined aesthetic. “The next generation of Dimmi shoes aligns with our messaging, our brand and our vision to reach a broader audience of consumers, particularly young women,” said Peggy Kim Meill, who serves as lead consultant for the 2-year-old line, founded by Consolidated Shoe Co. President and CEO Billy Carrington. The spring line is priced from $40 to $90 and will be available at such retailers as Athleta, Free People, Zappos.com and Tani in New York by the end of February.

Bike Chic
Cycling-inspired brand Cycleur de Luxe makes its U.S. debut for spring ’14 with a series of lifestyle looks for men and women. Included in the line are retro-influenced styles from the 1950s, as well as contemporary takes on technical product. A companion offering of fashion and technical apparel is set to be added for spring. Retailing from $150 to $200, the collection will be targeted to high-end department stores and is distributed through The Kravetz Group of Andover, Mass. It delivers in January.