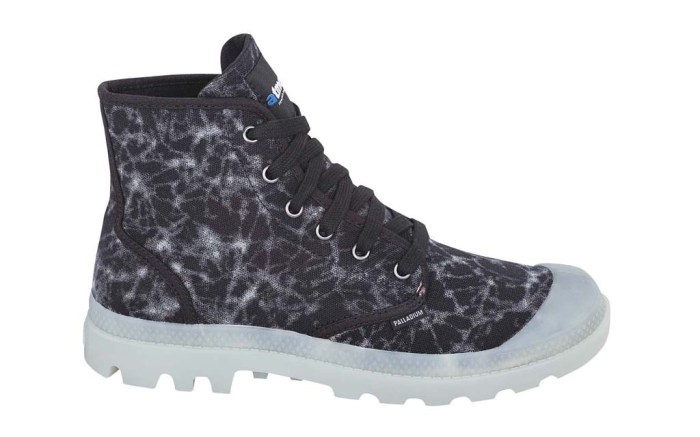 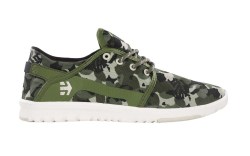 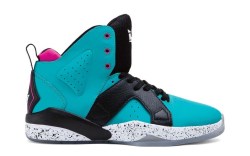 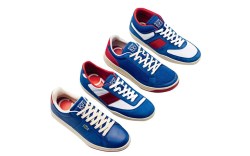 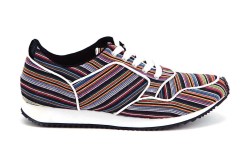 Light Bright
For spring ’14, Japan-based sneaker boutique Atmos collaborated with Palladium on a series of Pampa Hi and Baggy boots with glow-in-the-dark outsoles. The capsule collection will launch at Atmos flagship stores in Tokyo and New York, as well as select specialty retailers. Prices range from $150 to $165.

Scout’s Honor
Skate brand Etnies goes minimal this spring with a new lightweight style called the Scout. Featuring breathable mesh uppers and the brand’s proprietary STI Evolution Foam midsole, the shoe will retail for $60. As pro surfer Mason Ho’s signature sneaker, the back folds in, turning it into a slide. The convertible look also will be part of Etnies’ “Buy a Shoe, Plant a Tree” reforestation program, which has set a goal of planting more than 400,000 trees in Brazil in 2014.

Full Spectre
For spring ’14, Supra has expanded its Spectre line, rapper Lil Wayne’s collection of sneakers for the skate brand that debuted earlier this year. A new style, dubbed the Magazine, will launch in stores next year in five colorways, including red, black, white and a South Beach, Miami-inspired tropical green. The sneakers will retail for $125 and have been picked up by major chains including Foot Locker and Finish Line.

In Living Color
Lacoste dug into its archives for an upcoming pack of 1980s-style court shoes that celebrate the French brand’s roots in tennis. An all-white holiday collection — inspired by the first René Lacoste tennis shirt — debuts at the end of the month. That will be followed by some red-white-and-blue colorups — inspired by the French flag — for spring. Each pair in both packs will retail for $135 and be carried at shops such as Sportie LA and Shoe Palace.

Ready to Run
United Nude is expanding its sportswear offerings by adding The Runner for spring ’14. Launching on Nordstrom and Lord & Taylor’s e-commerce sites, the fashion-forward athletic line will be available for both men and women, and will include bold colors in a unique zigzag pattern. The Runner styles will retail for $159 and be available in both the signature elastic and nappa blend materials.