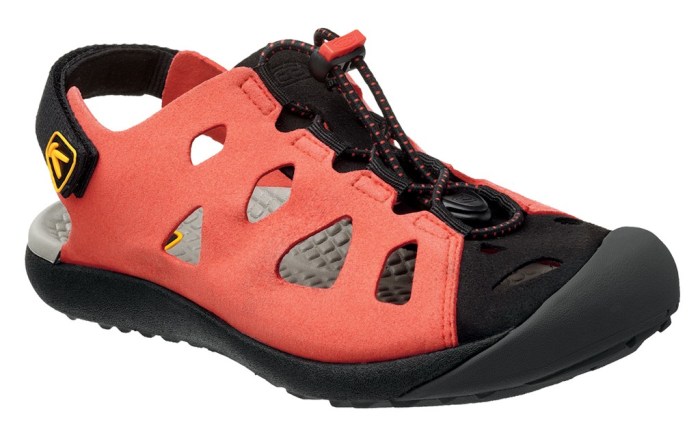 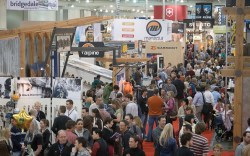 Retailers are hitting the trail for the spring season.

As they prep for the Outdoor Retailer show next week, buyers are hoping to capitalize on strength in the hiking and trail-running categories. But increased competition from both within the outdoor channel and across the broader retail sector makes differentiation more critical than ever.

Dan Epstein, co-owner of Champaign Surplus in Champaign, Ill., said his store has experienced a recovery in the heavier hiking category, particularly with styles from Oboz, Vasque, Keen and Merrell.

However, he cautioned, “heavier” is a relative term. “People aren’t looking for 5-pound boots [anymore],” he said. “They just want stability, a shank and more protection. … There are some good backpacking boots out there that will fit the needs of our consumer.”

Chuck Bruha, assistant manager for footwear at The Mountaineer in Keene Valley, N.Y., said that Vasque, La Sportiva, Mammut and Scarpa are performing well in the hiking category — the top segment for the shop. “For us, it’s all about fit and price,” he said of his buying strategy.

The minimal category, while not seeing the same explosive growth as in the past few seasons, has become a staple for many stores.

Sandy Smith, assistant buyer for hard goods and footwear at Traverse City, Mich.-based Backcountry North, said, “Minimal-drop or zero-drop shoes seem to be real big for us, and that’s where lots of the vendors are as well.”

Minimalist looks are performing “across the board,” Smith said, adding that Merrell’s Mix Master and Pace Glove trail-running styles are still “on fire,” and Keen’s lower-profile CNX collection has been popular. For fall and into spring, the store is hunting for more waterproof options in minimal silhouettes. “In the snow and Rust Belt, come October, all the barefoot [sales] die off,” he said, because people can’t take the shoes outside.

“The minimalist thing is still pretty hot, and we’re always looking to see what brands are going to hit on that,” she said, pointing to Keen CNX as a standout for Peak Sports. “I’ll go heavier in those sandals for spring ’14.”

But for Boston-based City Sports, the season will be about adding more items with cushioning components, in both trail and road-running styles. “From a running standpoint, we saw the pendulum swing back to stability, and there is the whole plush cushioning story coming out,” said footwear buyer Greg Zuckerman, citing new releases from New Balance and Brooks, and the growing popularity of Deckers Outdoor Corp.’s Hoka One One trail runners.

Running as a whole, he said, is more segmented than ever and not focused on one dominant story. “The pendulum swung [back from minimal], and now consumers are figuring out what they want,” Zuckerman said.

Other retailers are shopping with an eye for product that will differentiate them from big-box competitors.

Phil Pierpont, store manager and head buyer for Sunrise Mountain Sports in Livermore, Calif., said that with Dick’s Sporting Goods, Sports Chalet, Sports Authority, REI and more within a 10-minute drive of his Bay Area store, stocking casual or light hiking gear is a no-win situation. “I run from that as fast as I can,” he said.

Instead, the buyer focuses his assortment on technical European hikers from brands such as Lowa, Scarpa and La Sportiva to keep his store unique.

At Travel Country in Orlando, Fla., manager and buyer Mike Plante said he will shop the show for emerging brands.

“The Internet is really taxing the brick-and-mortar retailers. We need to find product that is not overly discounted and distributed,” he said.

Overall, the hiking, multisport and sandal product that outdoor vendors are showing for spring is strong, according to Plante. “Our brands are making stuff that is very wearable, colors are not two years behind anymore and [the shoes] really worked on style,” he said.

Pierpont noted he’s taking cues from running specialty stores, making sure the conversation includes insoles and socks, putting an emphasis on the fit process and taking risks on newer, smaller brands. He finds that people are willing to spend if they’re getting what they want. “People coming in are willing to pay more for the right boot,” he said. “You can get a great lightweight [boot] for $220, but people are really interested in the craftsmanship and fit for the foot.”

Champaign Surplus’ Epstein agreed that shoppers will pay more if there’s a compelling reason for the higher price. “When someone is buying [an expensive hiking] boot, they definitely want to know why — and rightfully so — so [features and benefits] are still very important to the conversation,” he said. “But a lot of our customers look at the value.”

No matter what buyers purchase, though, market watchers expect them to push their deliveries as late as possible, especially after three seasons of unpredictable weather. “My guess is they’ve gotten more conservative, not less,” said Camilo Lyon, an analyst at Canaccord Genuity.

But while timing will be an issue, he expects the strong product will sell. “Innovation is what this show is all about,” Lyon said.