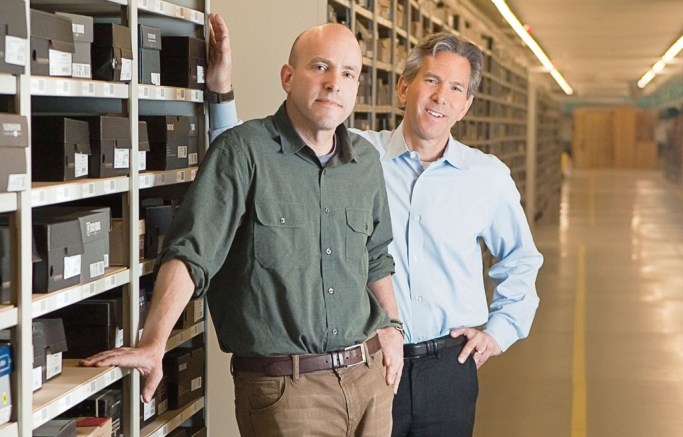 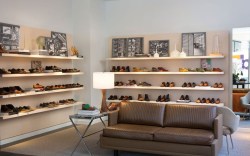 Florsheim might be 120 years old, but the brand continues to think young.

“We still do a very nice dress business, but our merchandise mix has changed over time,” said John Florsheim, Weyco Group’s president and COO, who, along with brother Tom Florsheim Jr., chairman and CEO, oversees the brand founded by their great-grandfather Milton. “We’re making progress in terms of evolving the line with footwear that connects to our heritage, but also is relevant to lifestyle trends.”

“The introduction of [the line] paved the way to tap into our archives and have some fun with the dress shoe side of our business,” John Florsheim said about the launch. “The shoes were early in terms of using color and different materials in more traditional footwear.”

According to the executive, Duckie Brown also opened new retail doors for Florsheim in upscale stores such as Barneys New York and Neiman Marcus, where it has continued to expand its presence. To further capitalize on the fashion consumer, Florsheim Limited, a series of trend-driven looks, was added two years ago.

The brand’s continued foray into new categories has driven sales here and abroad, with the line accounting for 40 percent of Weyco Group’s business. (The company also owns Boggs, Nunn Bush and Stacy Adams.)

For 2013, U.S. sales have increased between 5 percent and 6 percent, according to John Florsheim, with international sales up 3 percent to 4 percent. Moving into 2014, he expects business to continue to grow, particularly in the Pacific Rim, thanks to a new joint venture with Pitanco, a manufacturer and retailer in China.

Globally, Florsheim operates 50 freestanding company-owned units and 10 shop-in-shops, in addition to 60 franchised stores and 30 shop-in-shops. Despite Europe’s challenged economy, the region has been a bright spot for the label, due in part to the remodel of its flagship store in Milan and recent entries into new markets such as Russia and Eastern Europe. “We’re at the beginning,” the CEO said about the potential of these areas. “With a solid business in Western Europe, these regions represent a good opportunity.”

The brand also continues to make strides in the U.S. market.

At Wilmington, Del.-based Benjamin Lovell Shoes, COO John Holden said that after pulling back on Florsheim product five years ago, his team plans to relaunch the label for fall ’13 with the more-directional Limited collection.

“We decided to get back into [the brand] because the styling was right on for us — classic with a twist,” said Holden. “We also thought there was great value in the product. The styling and comfort it delivers for the price was attractive.”

While Holden has found the line appeals to a “younger, hipper guy, who’s still conservative,” it also has attracted the attention of middle-aged consumers.

Like Holden, Tarek Hassan, co-owner of The Tannery in Boston, has seen the Florsheim Limited line resonate with a broad audience. “It speaks to a lot of consumers who like the fashion and comfort features,” he said. According to Hassan, price also has figured into the equation. “[The shoes] look more [expensive] than their price tag,” which ranges from $125 to $150. “They’ve become a staple business for us.”

Here, John and Tom Florsheim weigh in on the momentum in men’s, international expansion and the move into children’s footwear.

What’s fueling the strength of the men’s market?
TF: The men’s business is trending well because there’s more happening with new technology than we’ve seen in years, along with an interest in color and materials. Many brands, including ours, have introduced new bottom compounds, allowing for a much lighter-weight bottom with very good durability. While color has never turned into volume, it has allowed traditional black and brown shoe brands to have some fun by using colors not seen previously on mens’ soles, laces and, in some cases, uppers. Buyers reacted to this trend enthusiastically.

Heritage looks are an important men’s trend today. How is Florsheim taking advantage of this?
TF: Part of the authenticity trend is being the real deal. [However], you’ve got to be careful. You don’t want to become a museum piece. You want to make product that’s relevant to what’s going on today, and that’s where materials and colors come into play.

Florsheim’s roots are in the dress business. Have you encountered challenges moving into the casual arena?
JF: We knew we could make the transition because we could sell casuals in our retail stores. Our loyal customers understood the quality of Florsheim and what the [brand stood for]. The trick was convincing retailers, since it’s a category covered by other brands. Slowly, as we got the product right, we’ve been given the opportunity. We’ve had success and we can [now] build off that.

More generally, what are the biggest obstacles facing vendors today?
TF: There’s pressure on the cost side of the business. In China, for example, the cost of labor continues to go up, and raw materials are at nearly an all-time high. Everybody’s trying to figure out a way to manage [these issues] without having big price increases. It’s difficult to pass big price increases [on to] the consumer with everything that’s going on in the economy.

Beyond expanding the core collection, what other categories are you excited about?
TF: We recently added boys’ footwear. We put them in three of our stores, [including] Madison Avenue. The sell-throughs on the kids’ shoes are unbelievable. Fathers are buying them for their kids. [Outside of that], we’re going to stay focused on the categories we have right now. Our feeling is that companies make big mistakes when they start chasing areas they can’t be experts in. You can easily be distracted. We want to stick with what we do well.

What is your strategy for the retail business?
JF: We’re committed to having flagships in key cities. We [recently] remodeled our New York Madison Avenue store. That was important for us. We did the same in Milan and we opened a new store in Hong Kong. One of the things we’re going to begin doing in our stores is to have historical Florsheim photos to [showcase] the brand’s history.

How important is e-commerce for the label?
JF: It has become a very important part of our business — 12 percent to 13 percent of wholesale. We do our own e-commerce, and that’s been a growth area. [Because] a brand is defined, in some sense, by how its website looks, we’re very cognizant of that from a marketing standpoint. Florsheim has a loyal following. [After Weyco acquired the label in 2002], there were hundreds of retail stores. We’ve since shrunk that down, so there are a lot of customers looking for product who now access it on the Internet. The Internet also gives us the ability to reach a younger consumer.

How much potential does the brand have overseas?
TF: At first, we thought international seemed crazy. How can you sell American shoes to Italians? It’s like selling tea in China. When we looked at the numbers [overseas], they were very good. Our brand there says Florsheim USA. We’ve been able to grow that position.