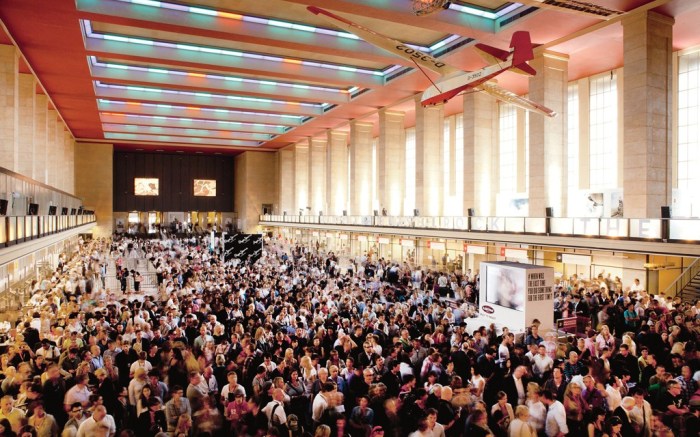 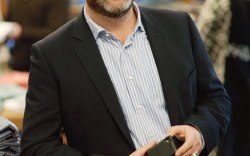 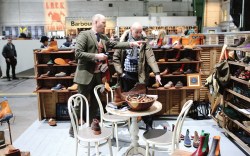 Despite the deepening economic crisis in Europe, Bread & Butter organizers are bullish about the upcoming edition of the Berlin trade show.

“Between the economy and the [unseasonable] weather, the industry is not having the easiest time at the moment. Business is tough all over Europe,” said Karl-Heinz Müller, managing director. “But difficult times can be an opportunity for companies to step out and look for new ideas and concepts. Trade fairs are a great source of inspiration.”

In a major boost to Bread & Butter’s exhibitor roster, Bestseller, a multibranded apparel and accessories firm with a network of 3,000 retail stores, as well as more than 12,000 international wholesale accounts, will join the show next month. The Danish company, whose brands include J. Lindeberg, Selected, Only, Vero Moda and Pieces, will occupy a 65,000-sq.-ft. space in Hangar 1. “We are very excited about this partnership,” Müller said. “Bestseller is a major European player. They will significantly extend our brand portfolio, as well as attract even more buyers to the show.”

Following a revamp of the event layout in January, Müller noted only small tweaks will be made for July. “The changes we made in January were very well received by everyone, so we’re continuing with the new format,” he said.

In one of the most noticeable changes, the sprawling main hall, home to the Urban Base section, now features larger booths along the periphery of the space and smaller booths positioned in the center. “It’s been a dramatic transformation: We no longer have those big blocks of booths in the middle,” Müller said. “You can stand in the hall and have a wide, clear view of everything. There is a great sense of openness.”

Although specific details are still being finalized, Bread & Butter’s July edition will feature special events and presentations. The show will stage its usual opening-night party on July 2 in Luna Park, directly on the fairgrounds. American soul singer Cody Chesnutt is slated to perform. Other scheduled events (with dates and locations yet to be announced) include parties hosted by Adidas and Pepe Jeans, with the latter celebrating its 40th anniversary this year. In addition, an interactive presentation focused on the denim market, called Denim Connection, will be showcased in the main hall. “We will have all the big denim brands there, highlighting the latest trends and innovations in the category,” Müller said.

As Berlin’s profile as a center of fashion continues to grow, Müller said he expects Bread & Butter to see an increase in foreign retailers. The city already is home to such industry events as Mercedes-Benz Fashion Week, as well as trade shows Premium, Capsule, Seek and The Gallery. In addition, two new shows — Herzblut and Curvy Is Sexy — will debut next month.

“Our shows all run at the same time, which isn’t the case in other big [trade show] cities like Paris and London,” Müller said. “Buyers coming to Berlin can see a lot in just a few days. Berlin has really become a necessary stop for retailers, especially when it comes to the urban and contemporary markets. So we feel confident that Bread & Butter is positioned well for the future.”