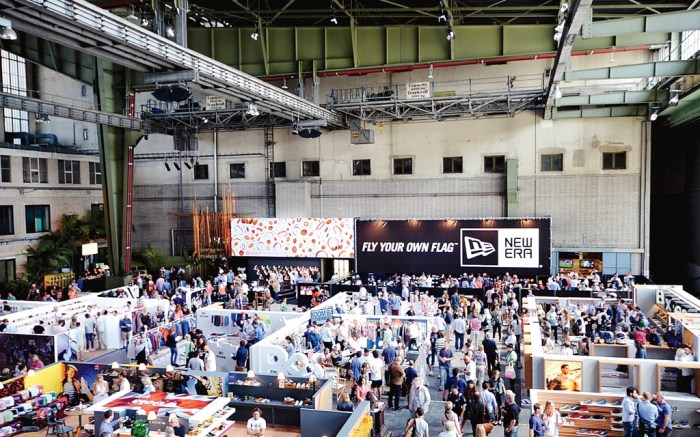 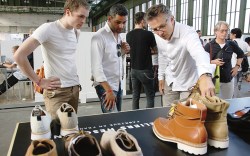 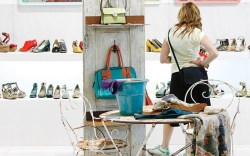 Bread & Butter is shaking things up.

Looking to get back to its roots as a show for “select” brands, the Berlin-based fair is slashing its exhibitor roster by more than 100 names. Karl-Heinz Müller, president of Bread & Butter, said the controversial decision was necessary to ensure the show’s future success and relevance.

“We have no alternative but to select our exhibitors much more carefully in the future. Our top brands expect [that],” Müller said. “[Exhibitor] selection is a continuously [evolving] process just like the fashion market, and the brand portfolio at Bread & Butter must change accordingly. It’s not about quantity but [rather] quality. A quality brand mix attracts quality retailers and buyers. It’s as simple as that.”

He said exhibitors that have been dropped include both big and small brands, and some longtime Bread & Butter participants. In total, roughly 520 brands from more than 30 countries will be showcased at the upcoming fall ’13 edition, taking place Jan. 15-17 at the historical Airport Berlin-Tempelhof. Fourteen footwear brands, including Tretorn, Le Chameau, Emu Australia, Crocs and Kappa, will exhibit for the first time. Other featured labels include Toms, Sorel, Clarks, New Balance, Irregular Choice and Converse.

With the scaled-back roster and subsequent reduction in square footage, the show’s layout will be significantly revamped, Müller said. The sprawling main hall, renamed Urban Base, will see the biggest transformation. Larger stands will be positioned along the periphery, while smaller stands will occupy the center. The layout, with its varied heights and scale, is inspired by New York neighborhoods such as Soho and the Meatpacking District. New concept areas including Upper Street and Urban Fashion will debut, while existing areas such as Treasury, L.O.C.K. and Urban Superior will expand. Overall, Müller said, a conscious effort has been made to better distribute brands of different categories and segments throughout the show. “The idea is to strengthen Bread & Butter’s philosophy of mixing and matching,” he said.

To signal Bread & Butter’s new direction, this month’s event has been branded with the slogan “Big Time: For the Bold and Brave Brands.” Müller said it is meant to be taken literally. “It is our role to inspire and show [the industry] those brands and concepts we feel stand strong in this fast-moving retail landscape,” he said. “It’s important, especially in these difficult times, to stand out from the crowd and do things better and bolder.”

Bread & Butter will celebrate the season with an invitation-only opening-night party on Jan. 15 at a yet-to-be-announced venue in Berlin’s Kreuzberg district. In addition, the show is bringing back its “Meeting Point” events. Starting at 10 p.m. on Jan. 15 and Jan. 16, Bread & Butter attendees are invited to gather at the Big Eden nightclub at Kurfürstendamm for networking and socializing.

Several events also will be held at Müller’s 14 oz. store in Haus Cumberland, including the relaunch of Italian brand C.P. Company and a celebration of the five-year anniversary of Denham the Jeanmaker. In other highlights, Bread & Butter’s Business Club, a members-only VIP amenity, will feature a new chef: Tim Raue, whose namesake Berlin restaurant has garnered two Michelin stars.

Despite the economic crisis that continues to grip Europe, Müller said he anticipates a strong retailer turnout at this month’s event, particularly as the German market remains robust. “[The industry] takes this challenging situation as a chance to make [its business] better, to enhance its profile,” he said. “People understand they have to take steps to differentiate themselves from their competitors. And Bread & Butter is a place where they can come to find inspiration.”